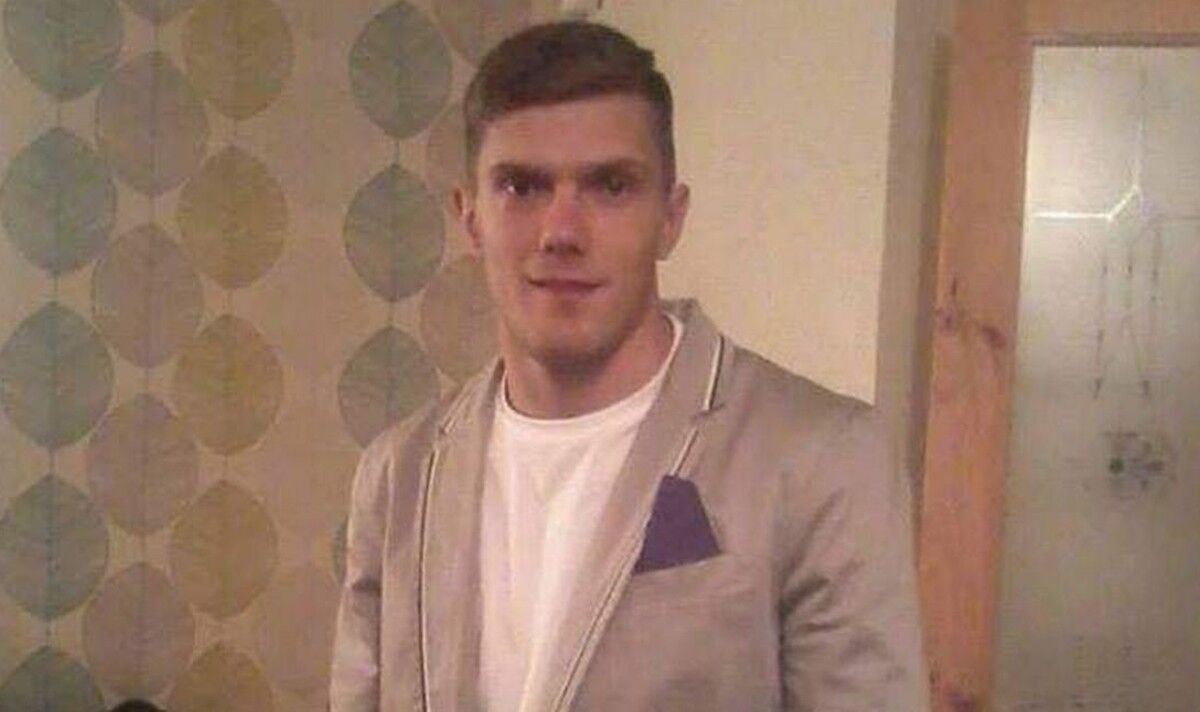 A builder is accused of stabbing his work mate at least 17 times in a “merciless” attack after the two went to the pub. Shane Thompson, 32 was found in a pool of his own blood by his girlfriend following the alleged attack on December 4, 2021. Birmingham Crown Court heard that the victim made an attempt to run up the stairs away from his attacker before Robert Goodwin, 32, allegedly stabbed him in the back of the legs. Goodwin denies the charges.

James Dawes, prosecuting, told the court that the two had spent the day together at work before they went to the pub and then back to Mr Thompson’s girlfriends house.

Mr Dawes said: “Shane must have felt comfortable in the company of the defendant to invite him back to his girlfriend’s house. From the blood distribution within the house, it seems as though Shane ran away from the defendant as he was stabbed.

“The defendant pursued Shane up the stairs in this small house stabbing him to the back of his legs as he ascended the stars.”

He added that Mr Thompson fled to the bedroom to make a “last stand before being stabbed to death”.

He told the court that the victim “collapsed” on the bed and died in that position before he was later found by his girlfriend.

“Because Shane died before the alarm was raised and before paramedics and police attended the only person who can tell you why he did it is the defendant,” Mr Dawes added.

The knife used in the attack was left at the scene and Goodwin allegedly fled.

He is also alleged to have stolen Mr Thompson’s BMW and driven to another area of Birmingham in an attempt to cover his tracks and change his clothes.

The vehicle was abandoned in Halesowen, the court heard.

The court also heard that Mr Thompson and his girlfriend had an on-off relationship as she suspected him of infidelity and it was claimed he had a cocaine habit which affected the relationship.

Mr Dawes added: “She went upstairs and found her boyfriend’s body in a pool of blood on her bed,” he said.

“One can only imagine how upsetting that must have been for her. The police were called and the ambulance called but it was too late.”