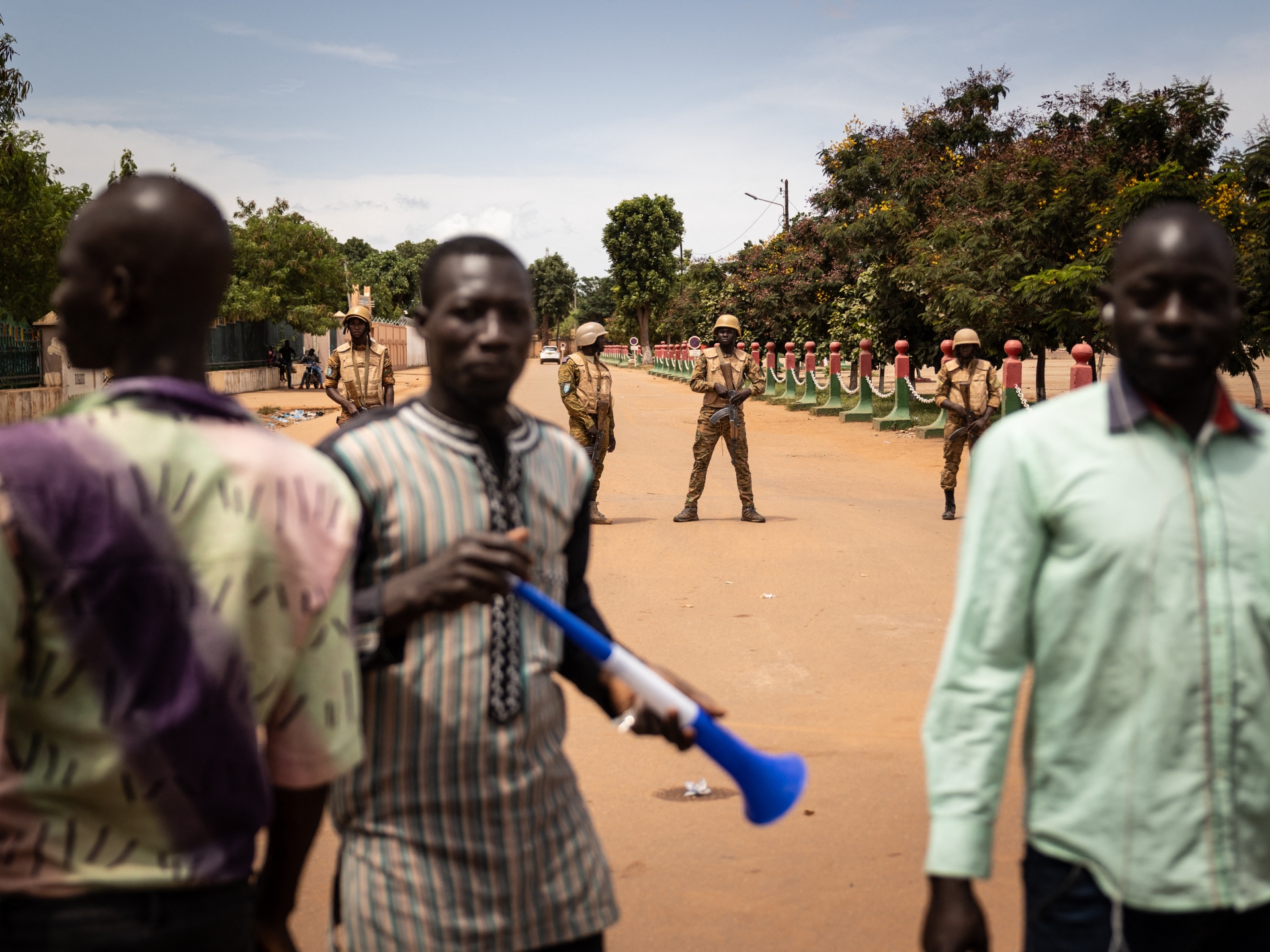 Traore said on Friday evening that a group of officers had decided to remove Damiba due to his inability to deal with a worsening armed uprising in the country.

It is the second takeover in eight months for the West African state. Damiba took power in a coup in January that overthrew former President Roch Kabore, also due in part to frustration over the worsening insecurity.

Burkina Faso has been struggling to contain rebel groups, including some associated with al-Qaeda and ISIL (ISIS).

Reporting from Dakar, Senegal, Al Jazeera correspondent Nicolas Haque said with 40 percent of Burkina Faso out of the control of the state, there is growing frustration over security in the country.

Haque said the leaders of the last coup also had promised to deal with the armed groups. “There’s a feeling – when I speak to people who are on the streets of Ouagadougou – of deja vu,” he said.

The Economic Community of West African States (ECOWAS) strongly condemned the coup on Friday, saying that it came at an “inopportune” time when progress was being made towards a return to constitutional order.

“ECOWAS reaffirms its unequivocal opposition to any seizure or maintenance of power by unconstitutional means,” the regional bloc said in a statement shared on social media.

On Friday, Traore announced that borders were closed indefinitely and that all political and civil society activities were suspended. A curfew from 9pm to 5am was also announced.

“Faced with the deteriorating situation, we tried several times to get Damiba to refocus the transition on the security question,” said the statement signed by Traore and read out by another officer on television, flanked by a group of soldiers in military fatigues and heavy armour.

The statement said Damiba had rejected proposals by the officers to reorganise the army and instead continued with the military structure that had led to the fall of the previous government.

“Damiba’s actions gradually convinced us that his ambitions were diverting away from what we set out to do. We decided this day to remove Damiba,” it said.

National stakeholders will be invited soon to adopt a new transitional charter and designate a new civilian or military president, it said.

The Burkina Faso government had said earlier on Friday that an “internal crisis” within the army was behind troop deployments in key areas of the capital, adding that negotiations were underway after shots rang out before dawn.

The state television was cut for several hours, broadcasting just a blank screen with the message “no video signal”.

The United Nations had voiced concern and appealed for calm.

Attacks have increased since mid-March, despite the military government’s pledge to make security its top priority.

“Members of the MPSR increasingly felt Damiba was isolating himself and casting aside those who helped him seize power,” Gouvy said.