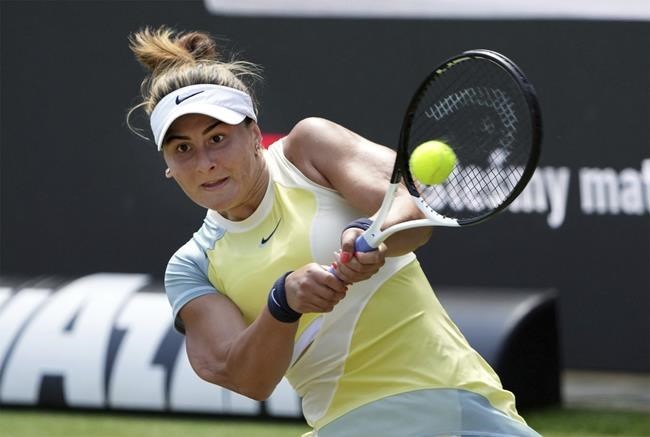 The unseeded Andreescu, who has yet to lose a set at the Wimbledon warmup tournament, needed 82 minutes to complete the victory.

The 13th-ranked Kasatkina double-faulted six times and won only three of 17 points off her second serve. Andreescu, the world No. 64 from Mississauga, Ont., converted five of six break-point opportunities.

Andreescu, the WTA’s former No. 4 player, returned to the court in April after taking a multi-month break from tennis. She announced late last year that she would sit out the start of the 2022 season to recover physically and mentally from a “challenging” two years.

“It’s honestly, so amazing,” she said following her quarterfinal win. “I’ve been through some rough times and just persevering through all of it, really makes all of these moments worth it.”

The Canadian will face either fourth-seeded Simona Halep of Romania or sixth-seeded American Amanda Anisimova in the semis.

It will be Andreescu’s first appearance in a semifinal this season. The 2019 U.S. Open champion also reached the quarterfinals last month in Rome before falling to top-ranked Iga Swiatek of Poland.