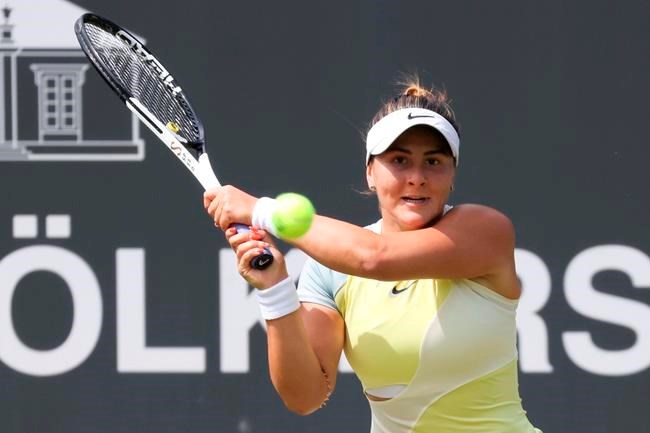 Andreescu broke her Italian opponent six times on nine chances in the match. The 22-year-old from Mississauga, Ont., only faced two break points, though she was unable to save either of them.

Trevisan, a semifinalist at the French Open earlier this month, struggled with her serve throughout the one-hour 15-minute match. She committed four double-faults and converted just 38.2 per cent of first serve points.

Andreescu improved her career record against Trevisan to 2-0. The two hadn’t faced each other since 2017, when they met in the quarterfinals of an ITF event in Santa Margherita Di Pula, Italy.