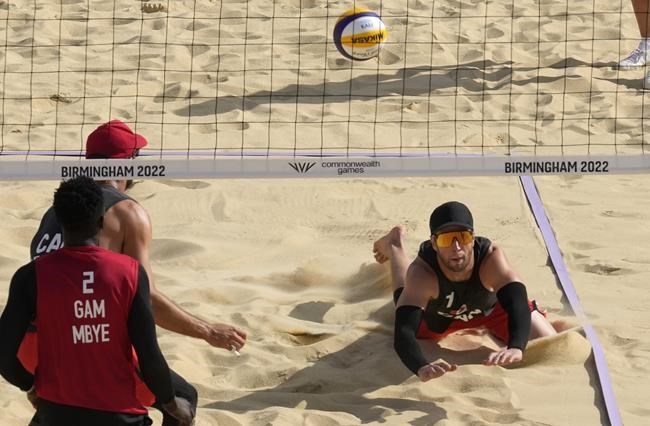 “I’m very happy. It was definitely a bit of a shaky event, not the best one I’ve ever put down, but I’m happy to come home with a medal,” she said.

The 23-year-old from Calgary struggled on her second dive, but recovered with her third — and inward 3½ somersault in the tuck position.

“That’s one that I can count on when I’m under pressure,” she said. “I got a little frustrated after my second dive and kind of told myself I needed to wake up and get into the game. So that’s usually my comeback dive.”

England finished 1-2, with Andrea Spendolini Sirieix taking the gold with a score of 357.50, and Lois Mae Toulson finishing second (37.30).

McKay will compete in the synchronized platform with Celina Toth on Saturday.

It took just one toss for Camryn Rogers to provide the day’s highlight at track and field. The Richmond, B.C., native, who captured silver at the recent world championships, threw a Commonwealth Games record-74.68 metres in the women’s hammer throw qualifying round with her one and only throw.

“That’s always the goal (in qualifying), one and done,” Rogers said.

Sam Schacter and Daniel Dearing, both from Toronto, capped the group stage with a 2-1 win over Gambia on Thursday.

Sarah Pavan and Melissa Humana-Paredes, the 2019 world champions, finished group play a day earlier with a 2-0 win over New Zealand.

This report by The Canadian Press was first published Aug. 4, 2023.