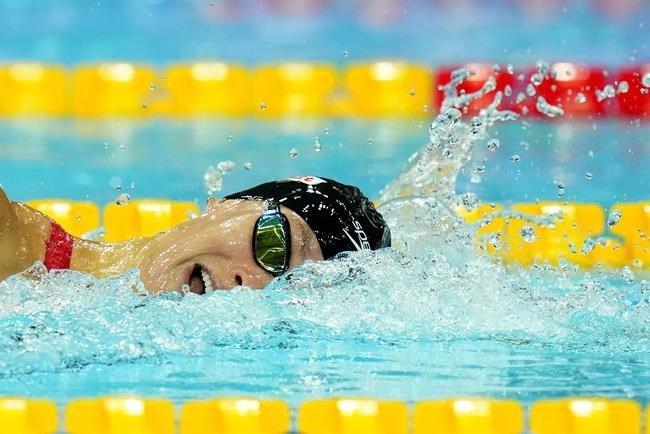 BUDAPEST, Hungary — Penny Oleksiak narrowly missed out on a third medal at the 2022 world aquatics championships with a fourth-place finish Thursday in the women’s 100-metre freestyle.

Oleksiak, from Toronto, was third at the turn, but finished .06 seconds off the podium in a time of 52.98 seconds.

Australia’s Mollie O’Callaghan finished first in to pick up her second gold medal in Budapest, and fourth overall.

World-record holder Sarah Sjoestroem of Sweden was second (52.80) and Torri Huske of the United States was third (52.92).

That is tied for the most by a Canadian with Kylie Masse of LaSalle, Ont., who has also won two medals (gold in the women’s 60-metre backstroke, silver in the 100 backstroke) in Budapest.

Oleksiak helped Canada win silver in the women’s 4×100 freestyle relay Saturday on the opening day of the event.