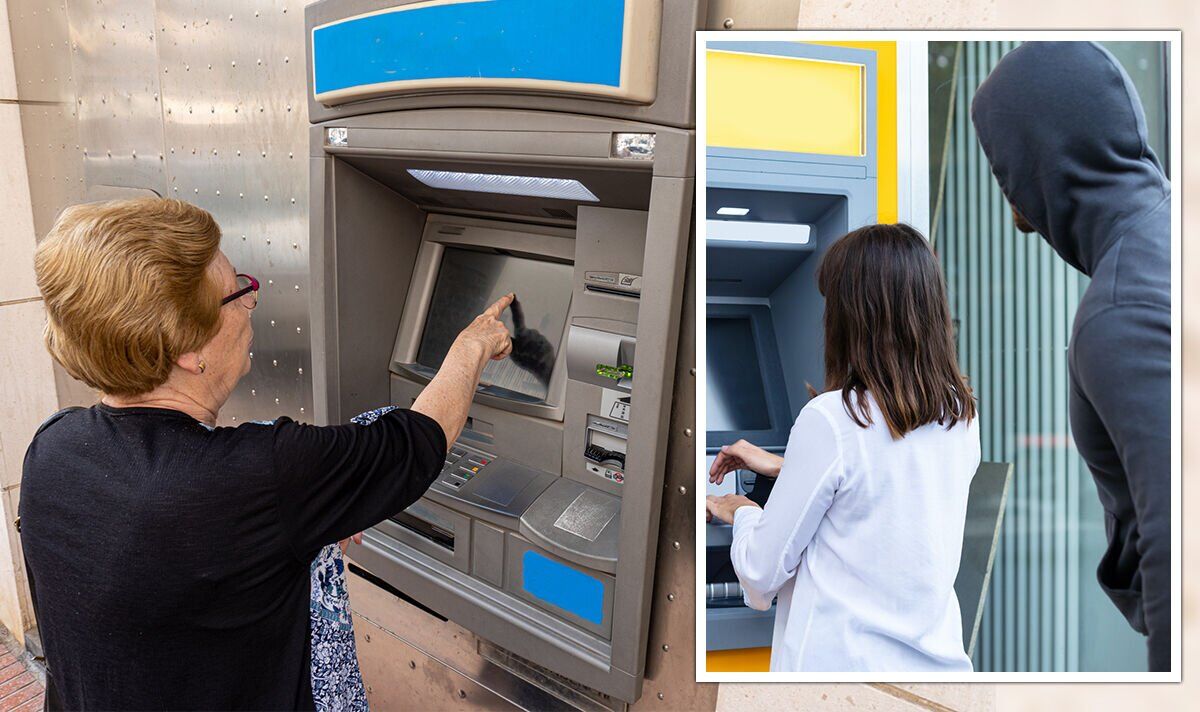 Unfortunately, there have been a spate of scams relating to the use of ATMs, which see Britons having their card swallowed by the machine. It was later found fraudsters were able to intercept legitimate machines, duplicating the swallowed card and cleaning out bank accounts for their own nefarious gain.

Police in Hertfordshire have recorded a handful of cases since January, involving individuals having their cards or PINs harvested.

Instances like this can occur when fraudsters place a discreet device over the card slot of the machine.

Often not visible upon a cursory glance, this device can scan card details, transmit data, and then block a card from being returned.

While confused Britons receive a message on the cash machine saying the service is “unavailable”, fraudsters are given time to make off with the sensitive information and line their own pockets with cash.

She said: “These thefts are being achieved by a discreet device being placed over the card slot of the machine, which scans the card details, transmits the data to the criminal, and then blocks the card from being returned.

“Fraudsters have several ways of cleverly accessing your current account and spending your money within minutes.

“So it’s vital to remain vigilant and take preventive measures to safeguard yourself while using an ATM.”

When withdrawing money from an ATM, Ms Horne suggests it is vital to choose the right location, namely a machine in a well-lit area with CCTV surveillance.

Ideally, Britons could go inside a bank branch for additional security, but a high street could also provide peace of mind.

When making a cash withdrawal, it is important to stay alert and check for suspicious activity in the surrounding area – such as anyone lurking nearby to spy on the machine.

The cash machine should be checked carefully for skimmers, devices which can record anything a person inputs, and ones which can withhold cash.

For additional precautions, Britons are encouraged not to throw away cash machine receipts carelessly, as the information on them could be used against a person.

Safeguarding a PIN is perhaps one of the most important things a person can do, and this should never be written down in case of theft.

Individuals should always block the view of the ATM keypad with their hand while entering their pin, as to keep it shielded from potential cameras installed by fraudsters, or those potentially spying in the area.

Those who are struggling with the cash machine may be inclined to ask for help, but the expert stresses this should new a last resort.

People should never reveal their PIN, get someone to complete a transaction on their behalf, or count cash in front of strangers.

Finally, once money has been taken, Ms Horne says this should be counted away from the ATM or a safe place, as money should not be handled in an open public area.