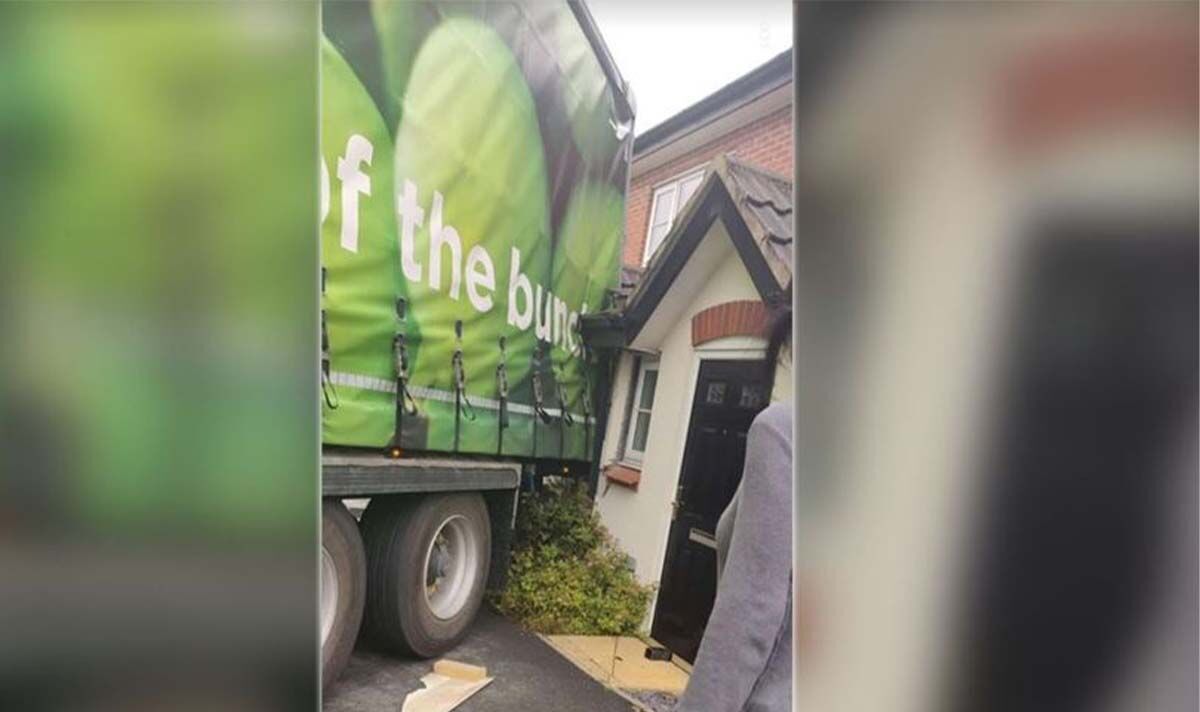 Reports state that firefighters scrambled to the scene at around 10.30am this morning. No injuries have been reported in the incident, although it is not known whether anyone was inside the houses at the time.

The back of the green-liveried HGV can be shown embedded into the adjoining fronts of two houses on Napier Street in Horwich in the images.

Brickwork can be seen damaged, together with the adjoining roof.

Firefighters are also pictured at the scene.

One witness claimed the HGV got stuck in a cul-de-sac and was attempting to reverse out at the time of the smash, but nothing further has been confirmed, reports the Manchester Evening News.

The HGV was later removed from the scene, said the fire service. Greater Manchester Fire and Rescue Service sent a single fire engine to the scene in the aftermath.

A building inspector from Bolton Council was said to be at the scene carrying out a safety assessment and a structural report.

A Greater Manchester Fire and Rescue Service spokesperson said: “At around 10.30am on Tuesday 26 July, firefighters were called out to Napier Street, Bolton, where a lorry had collided into two houses. The vehicle has been removed from the houses.

“A fire engine from Horwich Fire Station attended the scene and has now handed the incident over to a building inspector from the local council who is carrying out an assessment of the properties damaged.”

No further details have been revealed.

The Manchester Evening News has contacted Asda for comment, who are looking into the matter.