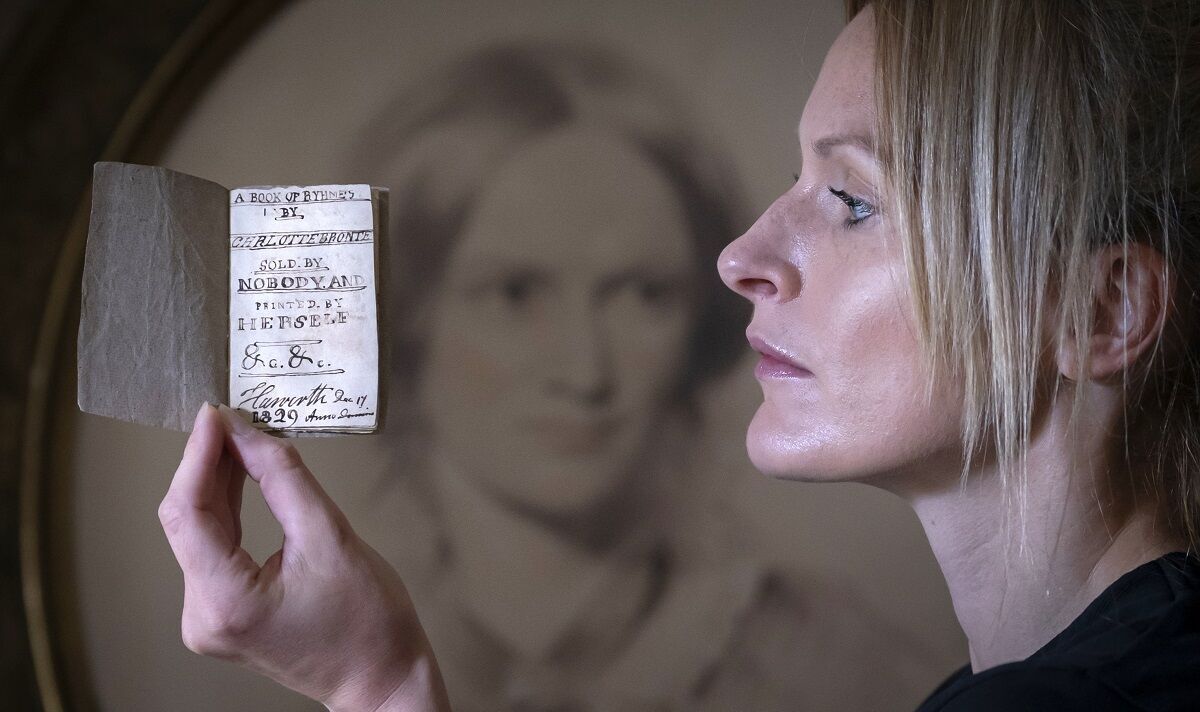 The 3.8in by 2.5in A Book of Ryhmes (as she misspelled it) contains 10 poems by the later author of Jane Eyre. Dated “Haworth Dec 17 1829”, its first page reads: “By Charlotte Bronte, Sold By Nobody, And Printed By Herself.

“The Friends of the National Libraries book charity bought it in April in New York for $1.25million (£973,000) and gave it to Haworth’s Bronte Parsonage Museum.

Principal curator Ann Dinsdale said she was “absolutely thrilled” by being able to display the text.