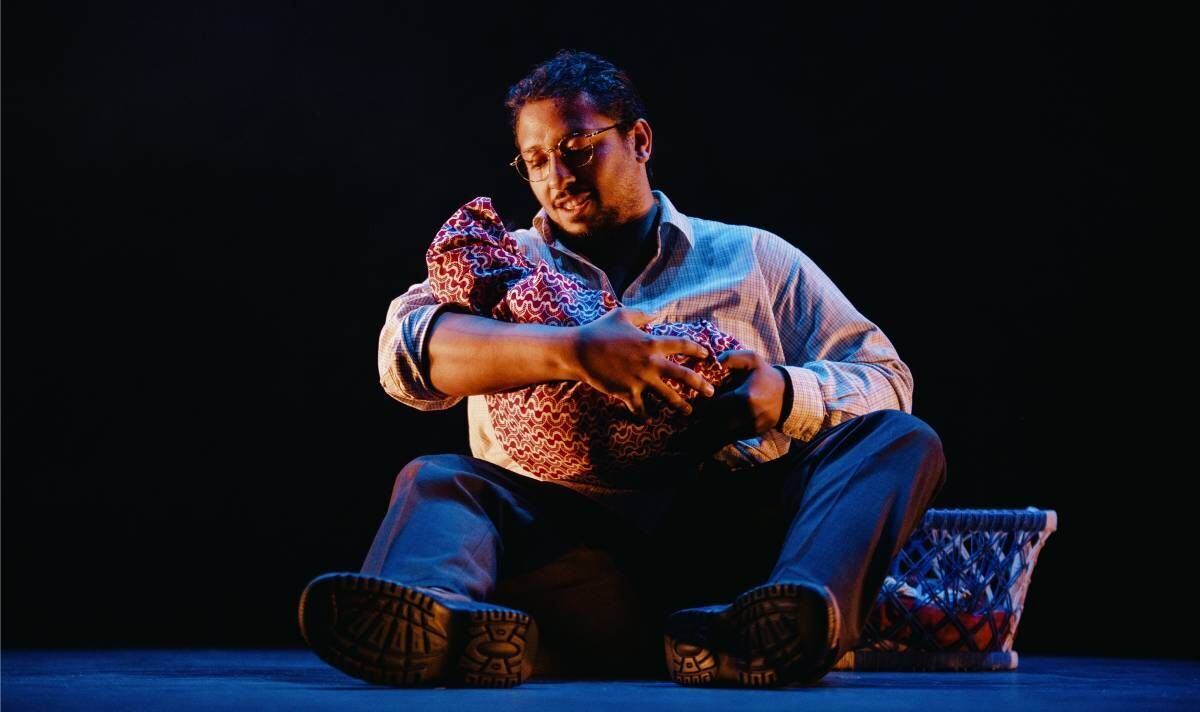 The uncertainty of employment and fears of rocking the boat through political action against the bosses remain a universal concern – although the mitigating element here is machinist Prab’s (Irfan Shamji) sudden elevation to the playwright for a Bengali Folk Theatre.

As the leading actor of the troupe is also the unscrupulous factory boss, Devesh (Scott Karim), Prab faces the problem of how far can he go down the path of acquiescence before being accused of selling out his principles to improve the lot of his wife and child.

His compromised solution is to write a play about an eco-Utopia.

It’s a tough trick to pull off and Bhattacharyya doesn’t quite make all the elements gel in spite of the narrative device of Prab’s retelling of epic poem Mahabharata to his baby daughter Amba with added political colour.

There is no denying the passion of the playwright’s commitment – and her work is kept buoyant by terrific performances from a small cast including Ayesha Dharker as the smart/funny actress Chellam, Shamji as the morally flip-flopping Prab and Zainab Hasan as his no-nonsense wife Kajol.

Karim revels in the role of nasty narcissist Devesh while Saroja-Lily Ratnavel is delightful, if underused, as the grown-up Amba. The shadow play accompanying Prab’s storytelling is particularly engaging.