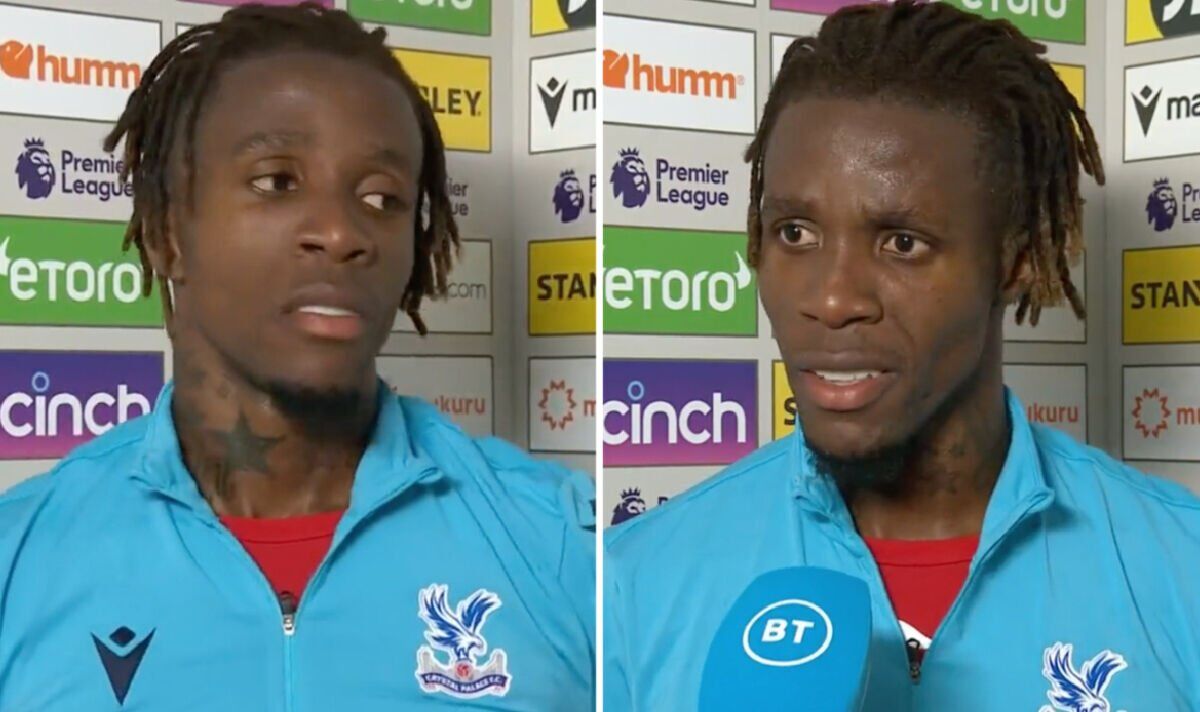 Chelsea transfer target Wilfried Zaha claimed that whatever happens before the transfer deadline, the Crystal Palace fans will understand him. The Palace talisman was furious that his sublime goal after 59 minutes was not a winner after a late lapse in concentration allowed substitute Yoane Wissa to snatch a late equaliser in a 1-1 draw at Selhurst Park.

But if his sublime curling shot from the corner of the penalty area that swept majestically into the top corner is a parting gift, it was one helluva way to say goodbye. Arsenal and Chelsea have both been linked with a move for the 29-year-old and the way he scored his fourth in three games will have done nothing to persuade him.

Nor will hearing the commitment to a cause which will make leaving Palace for a second time even harder than his misguided attempt to shine in the bright lights of Old Trafford earlier in his career. “Last minute goals – they just throw away the whole performance,” Zaha said, clearly exasperated.

“Today was not our best performance by far but in a game like that I feel we should be getting all three points. My goalscoring this season? I put it down to my team. I am happy to be scoring goals for the team but I want to be doing it to win the game.

“So I think there’s no comment to be made on that. I see him training every day and he didn’t mention anything about leaving. There’s a really nice relationship between this football team and Wilfried Zaha, it’s not going to stop now.”

Even Brentford manager Thomas Frank could not stop talking about Zaha’s goal after the match – suggesting everybody rewatch it just to admire the technique. But even before Wissa found space to head home Janelt’s cross, he was convinced Brentford would still get something from the game.

“I did not believe we would lose,” he said. “It was a good football game between two teams that went toe-to-toe. But if you look at the big chances in the game, we had two at the end and could have won the game.”