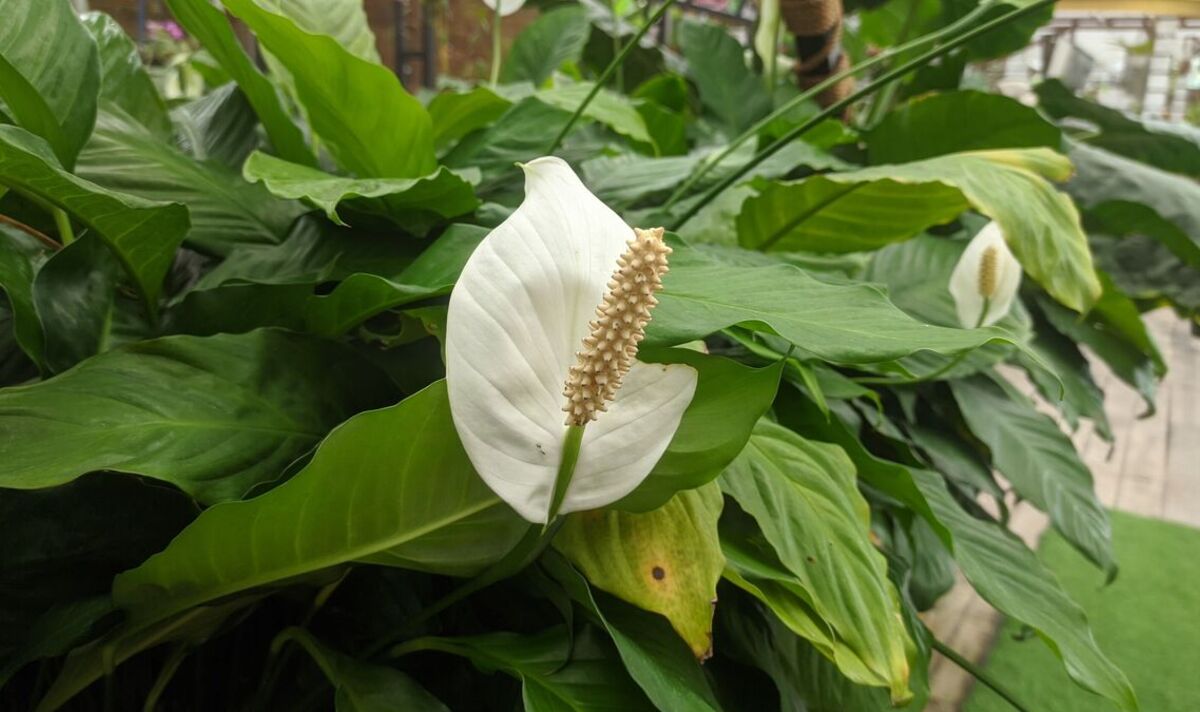 A popular household plant has been tipped to prevent mould growing and remove toxins from your house, according to experts at NASA. Aside from being incredibly helpful in purifying the air, the plant is also low maintenance and is easy on the eye. Winter can be a particularly difficult time for getting rid of mould, with many people keeping windows shut, and condensation rife. With a cost of living crisis also thrown into the mix, residents are reluctant to ventilate spaces without letting the cold in.

The plant isn’t just massively practical, it’s also pretty, and low maintenance too, which will be good for people who sometimes struggle to keep their greenery alive, according to the Mirror.

The Peace Lily plant can cost around £40, which may seem pricey, but when you learn about its benefits it becomes obvious it is a worthwhile investment. It thrives in bathrooms and bedrooms and helps to improve air quality by removing dust and toxins from the air.

It was named by NASA in a study to find which plants are best at air purification. Dr B. C. Wolverton led the study in 1989 for NASA and the results showed which plants can help to purify the surrounding air.

There are many hidden toxins in the air, such as Trichloroethylene, which is found in paint strippers and varnishes, formaldehyde found in synthetic fabrics, Benzene found in plastics and tobacco smoke, Xylene found in rubber and leather, and ammonia found in window cleaners and fertilisers – and they’re not good for us.

The Peace Lily helps by taking in moisture from the air through its leaves and what’s better is that it doesn’t need direct sunlight to thrive, meaning it is useful in battling mould spores in humid or poorly ventilated rooms.

Mould in the home can happen when there is excess moisture, with warm rooms like bathrooms at particular risk of the issue, so the Peace Lily is the perfect plant to help filter it.

The plants, which are called Peace Lillies because they symbolise health and tranquillity, has been described by FlowersBX as having ‘delicate white flowers which contrast beautifully with its glossy leaves’.

Before anyone heads out and buy one, it’s important to note that they are extremely toxic to both cats and dogs. They are also, of course, toxic to humans if ingested.

READ MORE: Mould will ‘vanish’ from bathroom sealant and grout with 95p spray

This is because all parts of the Peace Lily, including the leaves, stems and flowers, contain calcium oxalate crystals. Also known as raphides, these crystals are needle-sharp and insoluble.

The raphides are contained inside the cells of the plant, called idioblasts. When a dog bites into the plant, these cells open up and shoot the sharp raphides into the dog’s mouth, tongue and throat, damaging the tissue, according to the American Society for the Prevention of Cruelty to Animals.

This leads to an inflammatory reaction, which results in swelling of the mouth, lips, tongue, throat and upper airway, according to the Pet Poison Helpline.

NASA’s 1989 Clean Air Study was conducted in an effort to research ways to clean the air in sealed environments such as space stations.

The results of the study suggested that certain common indoor plants could remove volatile organic compounds like benzene, formaldehyde, and trichloroethylene, aside from absorbing carbon dioxide and releasing oxygen through photosynthesis.

However, this study has been disputed, as its results were not applicable to a typical building where outdoor-to-indoor air exchange already removes VOCs at a rate that is equivalent to placing 10-1000 plants per square metre of a building.

Future studies also failed to replicate the results, with a review in 2014 stating: “While the plant’s ability to take up VOCs is well documented in laboratory studies, the effect of plants on indoor air in complex environments like offices requires further investigations to clarify the full capacity of plants in real-life settings.”