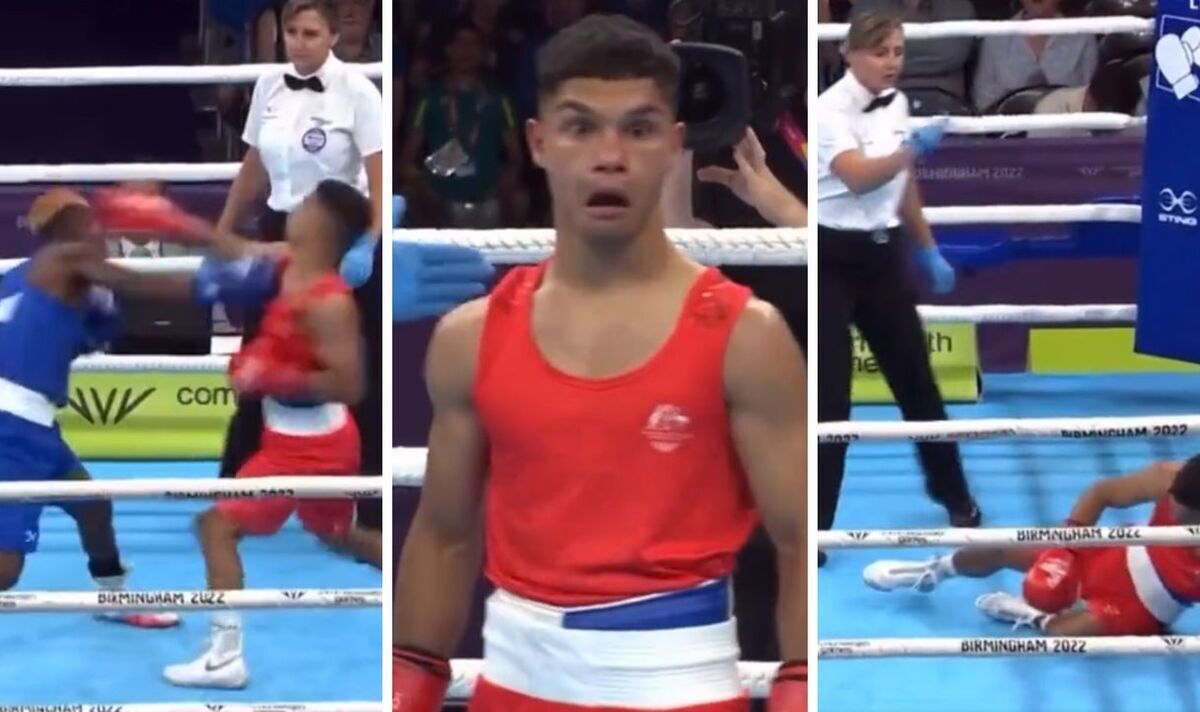 Fans have been left scratching their heads after a ‘ludicrous’ decision in last night’s flyweight quarter-final bout between Australia’s Alex Winwood and Zambia’s Patrick Chinyemba at the Commonwealth Games in Birmingham.

Winwood had won the first round of the contest according to four of the five judges sitting ringside but found himself on the canvas just 15 seconds into the second round after eating a blistering 3-2 combination. Despite the heavy fall, Winwood was quick to get back to his feet and seemed to have his legs firmly underneath him.

However, the referee waved off the fight at the count of three much to the dismay of the Aussie, who wasn’t alone in his disgust. Channel 7 commentator Jon Harker was baffled by the stoppage and let his thoughts be known during the broadcast.

“He’d won the first round and seconds into that second round a terrific right hand, you’ll see it now, a little left hook and then the right. She doesn’t give him a chance to get properly up, she was waving it away before he got to his feet and look at the way he’s walking, not a problem whatsoever.

He added: “That fight should not have been stopped.” Fans were also shocked with many taking to social media to criticise the referee’s decision. One fan wrote: “HORRIBLE stoppage in the Alex Winwood fight last night. Does the referee not know that there’s a mandatory eight count? Some people have no business refereeing fights, let alone at an international amateur tournament.”

Another wrote: “Seen poor refereeing at a few fights. Some are clearly not up to the standard required. That kid’s dream ruined by an inadequate referee.” Before IBF flyweight world champion, Sunny Edwards added: “Pure incompetence.” In his post-fight interview, Winwood showed a lot of humility but was clearly frustrated by not being allowed to continue.

“I think it was a pretty fast call,” Winwood said on Channel 7. There’s been a lot of quick stoppages in this tournament, but you know, I won the first round, and I felt like I won it quite clearly. And I wasn’t hurt previously. Nor was I punched quite significantly.

“I just really wanted to have a shot and prove for myself, after going down. I know what I’m made of, I wanted to show Australia and the world what Australians are made of, we have a dig and once I got up, that was the first thing on my mind.

“I was like ‘okay, I went down but here is for the Aussies, here is for the black fellas, we are going to show them what we are made of’. Obviously, I didn’t get an opportunity to do that, but it is what it is.”