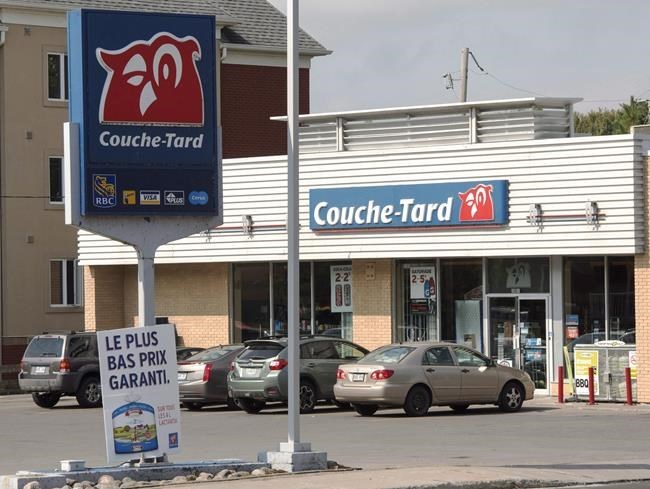 Brian Hannasch, president and chief executive of the Quebec-based company, said while some big brands like Coca-Cola or Monster Energy have maintained strong sales, customers are “trading down” on other food items.

“We’re seeing very strong double-digit growth in our private label brands as consumers look for value at these times,” he said Wednesday during an analyst call a day after Couche-Tard reported its 2023 first-quarter results.

Inflation at the pump affected the volume of fuel sold, which declined as consumers looked to save money on gas, Hannasch said.

“It’s clear that the high fuel prices in the quarter and overall inflationary pressures are temporarily impacting our consumers’ driving and fuelling behaviours,” he said.

Couche-Tard recorded net earnings of $872.4 million in its first quarter, a 14 per cent increase from the prior year’s quarter.

The company, which operates in Canada, the U.S., Europe and Asia under numerous retail banners including Couche-Tard, Circle K, Holiday and Ingo, reported total revenue for the quarter of $18.7 billion — a year-over-year increase of $5.1 billion or 37.4 per cent.

It attributed the increase in revenue to higher selling costs of fuel — partially offset by lower fuel demand — as well as merchandise and service revenue growth and the effect of acquisitions.

On Tuesday, the company also reached an agreement with the Competition Bureau to resolve its concerns over Couche-Tard’s $346.8-million deal to buy the Wilsons chain of gas stations in Atlantic Canada.

The company agreed to sell 46 Wilsons sites and supply agreements and one Couche-Tard gas station to address concerns raised by the federal competition regulator.

Alimentation Couche-Tard also held its annual general meeting Wednesday. All of the 16 candidates proposed by the company for its board were elected as directors.

Companies in this story: (TSX:ATD)