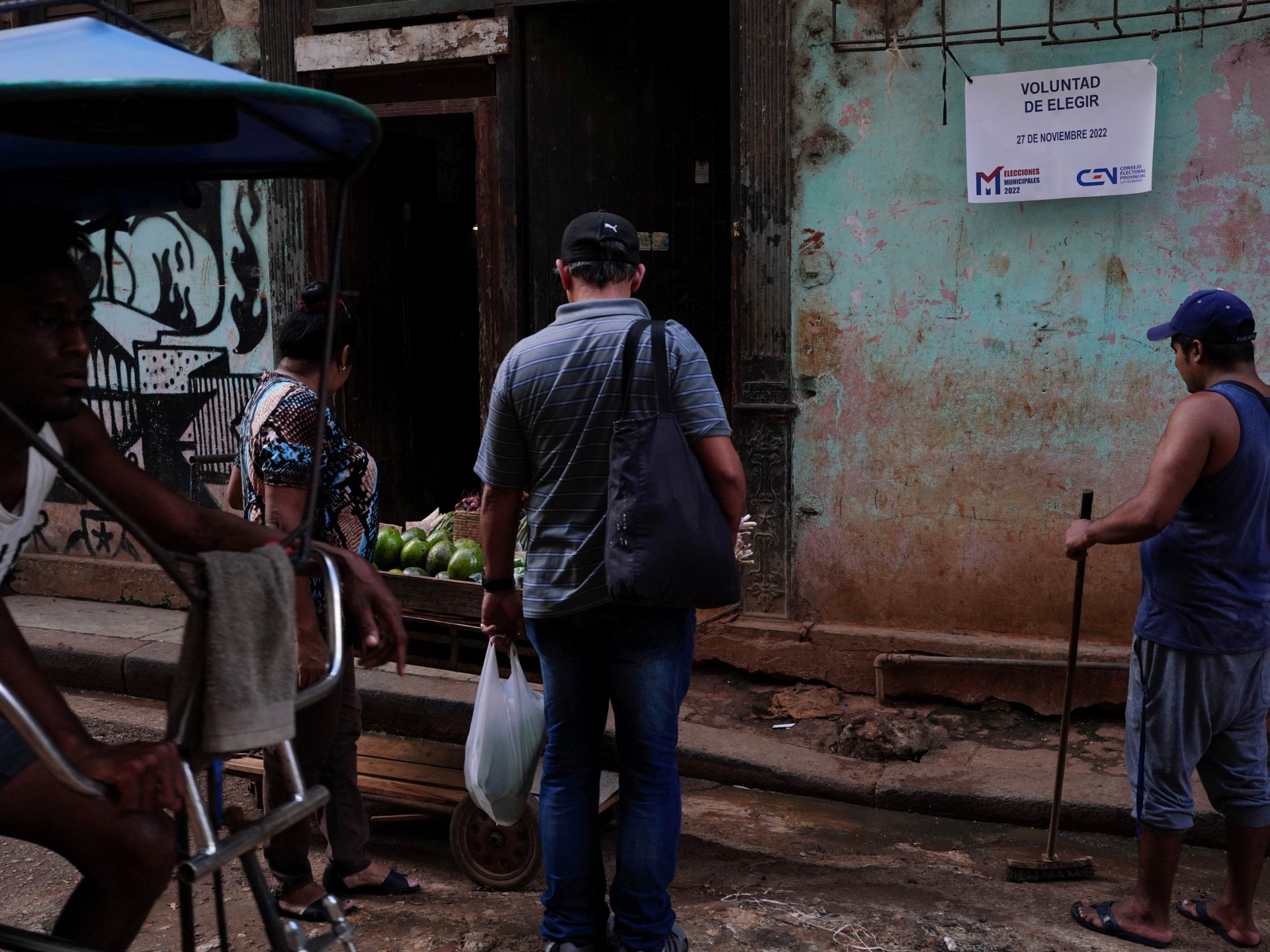 Cuba’s political opposition has accused the government of blocking or spooking its candidates for local elections this Sunday, and is calling on Cubans to abstain from voting.

Municipal elections, held every five years, are one of few opportunities ordinary citizens on the island have to directly participate in the electoral process.

The Cuban government says the system is a model of grassroots democracy, in which participants nominate candidates from their own neighbourhoods in local assemblies, then vote freely for them.

Foreign Minister Bruno Rodriguez tweeted on Thursday that the upcoming vote was “a genuine expression of our participatory democracy”.

But the country’s opposition has been gutted since anti-government protests in July of last year led to hundreds being tried and jailed for crimes ranging from disorderly conduct to vandalism and sedition.

Some have chosen to migrate, while others say they were forced into exile. Those who remain say that the government’s reaction has had a chilling effect on dissent.

“Obviously that is affecting the capacity that civil society may have to connect with what I consider to be majorities of citizens seeking change,” Manuel Cuesta Morua, a leader of Cuba’s Council for the Democratic Transition in Cuba, told the Reuters news agency this week.

He said that Cuba’s state security prevented three opposition candidates with the best prospects of winning from participating in their respective assemblies.

The activist said he was aware of just one opposition candidate – a 30-year-old breadmaker named Jose Antonio Cabrera from Palma Soriano, a small city in eastern Cuba – out of more than 26,000 who had been nominated.

The government did not reply to a request for comment on Cuesta Morua’s allegations. Reuters was unable to independently verify his claims.

Yuliesky Amador, a professor of law with Cuba’s University of Artemisa, told Reuters that “any Cuban citizen may be nominated”.

“The people nominate [the candidates], and having anti-government beliefs is not an impediment,” he said, adding that any other situation would be in contradiction of Cuba’s constitution and laws.

There are 26,746 candidates running for 12,427 ward positions in Sunday’s election, in a country of 11 million people. Campaigning is prohibited in Cuba, and candidates for the ward posts are nominated at neighbourhood meetings based on their personal merits, not policy positions.

They need not belong to the Communist Party. Some candidates are independents, but only a few government opponents have ever competed. Cuba has long viewed opposition activity as subversive and says it is financed off-island to foment unrest.

Cuba’s leaders say the country’s elections are more democratic than Western models, which they say are dominated by big business and corruption.

Reuters surveyed by phone five prominent opposition activists who have remained in Cuba. None of them said they had plans to participate in Sunday’s election, nor did they know of any opposition candidates who had been nominated.

“This is all a farce,” Berta Soler, leader of the Ladies in White dissident group, told Reuters by phone. “I don’t believe in the electoral system in Cuba.”

Many activists have called instead for Cubans to abstain from voting.

Opposition group Archipielago, whose members are primarily outside Cuba, has called on voters to stay home, spoil their ballots or leave them blank.

“This could be a magnificent opportunity to say loudly to the regime and to the international community that the dictatorship no longer has the majorities it boasted for decades,” Archipielago said in early November.

Abstention has been on the rise in recent years.