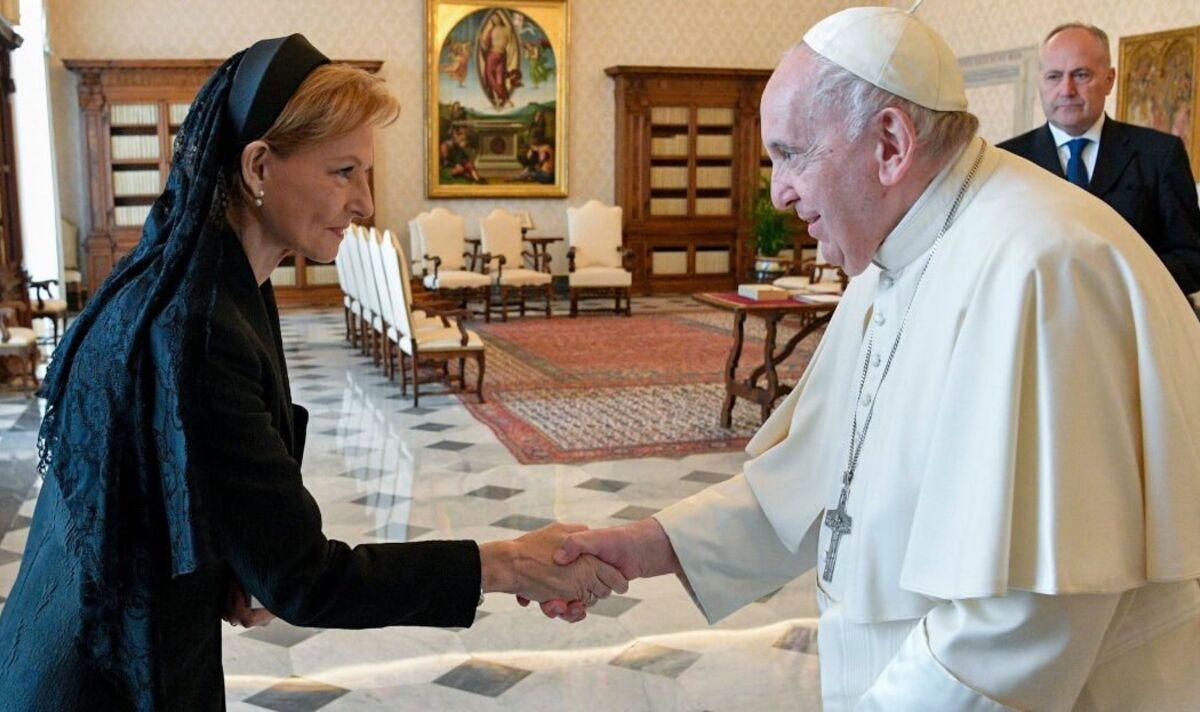 Margareta, Custodian of the Crown of Romania, met with Pope Francis during a recent visit to the Vatican City. The daughter of the last King of Romania, Michael I, was accompanied by her husband Prince Radu.

The couple were greeted by representatives of the Prefecture of the Pontifical Household as they entered the Apostolic Palace.

Margareta and Radu were then received by Pope Francis in the private library.

The Custodian of the Crown handed the Argentine-born head of the Catholic Church a collection of 96 engravings in a tribute to her late father’s 96-year life.

King Michael died in 2017 just twenty years after his citizenship was restored which allowed him to visit the Balkan nation.

JUST IN: Queen felt comforted Harry was ‘moving to a reconciliation’ with family before her death

Pope Francis also received a jubilee plate replica of a plate given by Emperor Napoleon III to King Charles I.

Margareta was given a porcelain engraving representing St Peter’s Basilica.

She was also handed a collection of seven volumes from his personal library containing reflections and teachings.

During the visit, Pope Francis later met with other members of the Romanian delegation, including politicians and diplomats.

Michael I’s wife, Queen Anne, was born as a Princess in the Catholic-practising House of Bourbon-Parma.

Margareta and Radu’s visit to the Holy See is the fourth visit made by members of the Romanian Royal Family.

Meanwhile, the Custodian of the Crown previously ventured to the Catholic capital in 2003.