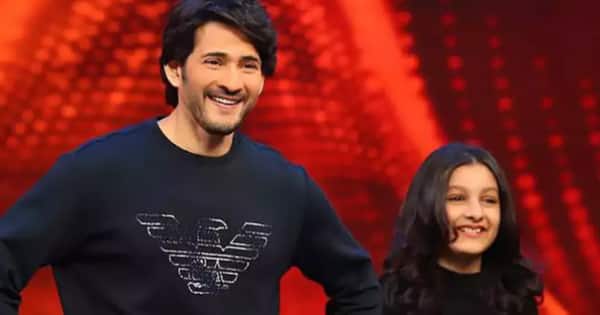 Mahesh Babu’s cute bonding with daughter Sitara as they dance on a dance reality show is going viral for all the right reasons.

Mahesh Babu is a doting family man and fans love him for this fact. Apart from his movies, his style, his performance of course. The actor has been busy with his next films where he will star in a film directed by Trivikram and then will go on to work with SS Rajamouli. But before that, he will be seen on the small screen of the dance reality show Dance India Dance Telugu. The episode will air at 9 pm on Zee Telugu on Sunday and the new promo of the show has sent Mahesh Babu fans in a tizzy. The superstar is sporting a new look that is making fans wonder if it is his new look for a project. The highlight is that he has his daughter Sitara for company. The two are seen walking on the red carpet together and then take to the stage with the contestants. The Sarkaru Vaari Paata star is making hearts melt with his dashing style. Check the video right now to see for yourself.