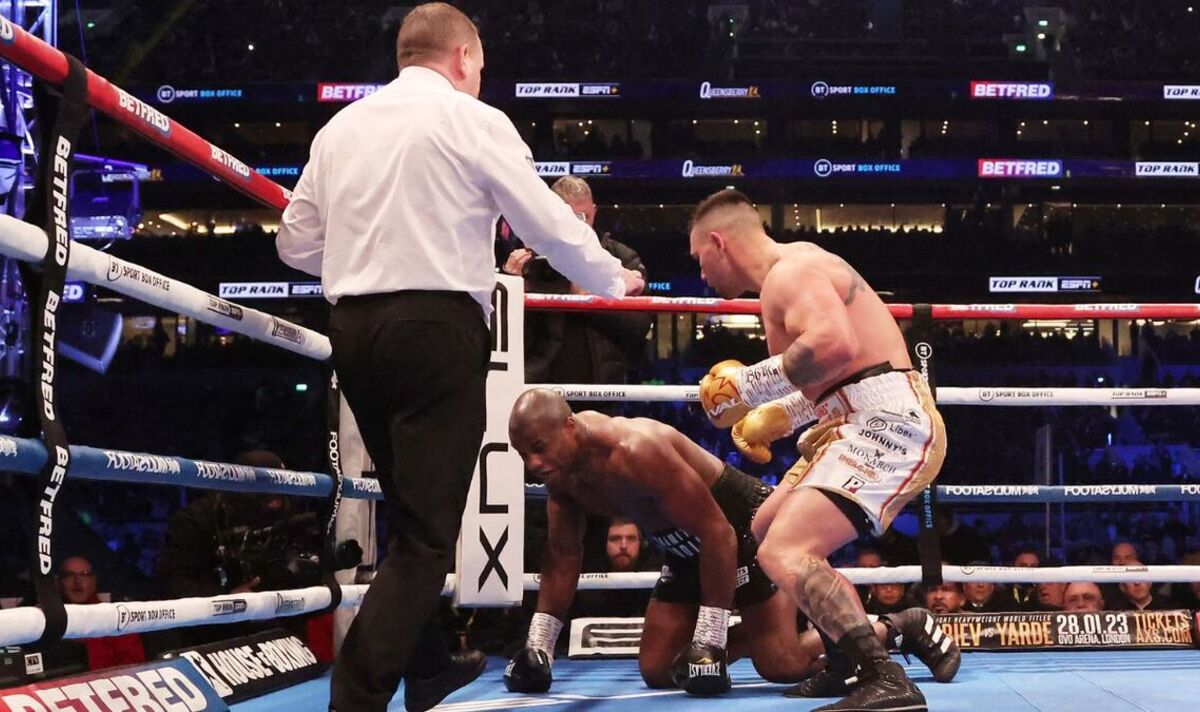 An objection has been lodged to the WBA and British Boxing Board of Control by Kevin Lerena’s representatives regarding what they describe as “biased” and “loyal” refereeing towards opponent Daniel Dubois in the South African’s last outing. Lerena claims that a short round and quick stoppage prevented him from snatching the WBA regular belt from his heavily favoured foe.

The pair met each in the co-main event on the Tyson Fury vs Derek Chisora bill and had fans on their feet throughout. Dubois – who was listed as a huge -1250 favourite by Vegas betting lines – was caught on the top of the head by the first significant shot landed by Lerena and was sent tumbling to the canvas.

Despite beating the count, Dubois appeared to be unsteady on his feet after falling awkwardly on his knee. Triple D was then downed two more times as Lerena pilled on the pressure. The round ended midway through the third count – which Lerena says came 11 seconds early.

“I landed him flush on the top of the head which obviously sent shockwaves down his body, resulting in obviously a twisted ankle or knee, whatever it was – but let’s not forget that the punch that dropped him is what damaged his leg,” said Lerena in a video uploaded to his social media channels.

“In his corner, he said to his trainer ‘what happened?’ So he obviously didn’t see the shot that landed him and was not compos mentis.

“I do feel we were hard done by the end of the round because a lot can happen in 11 seconds. Had I managed to get another flurry in on him, land him with telling shots like I landed him that dropped him, it could have been the end of the fight.”

After a cagey second round, Dubois came back to stop Lerena at the end of the third in a stoppage that Lerena claims was too early. “He caught with me a superb uppercut through the middle. When he caught me I felt it happening the whole time, so it wasn’t like I wasn’t there or didn’t know what was happening. I then heard the bell go at the end of the round, and that was it, it was over,” he added.

“So obviously I was hurt from being dropped and I got rocked on the ropes, but I wasn’t down on my back. I honestly feel I should’ve been given the minute to recover like Daniel was given the minute to recover. Obviously referee Howard Foster didn’t feel that way, but I believe in cases like this, in championship fights, you have to give the fighter the benefit of the doubt to recover.”

Now, promoter Rodney Berman of Golden Gloves SA, has revealed that they intend to lodge an official complaint regarding the officiating.

“An objection will be lodged with the WBA and the British Boxing Board of Control – Lerena was very hard done by by a biased “loyal referee.” Fighters cannot be allowed to be treated so unfairly,” Berman tweeted.