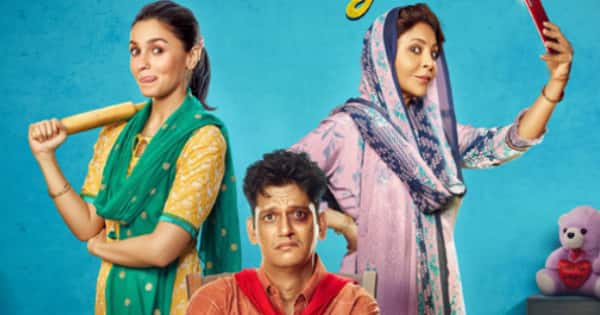 Bollywood films releasing on OTT platforms is not new anymore. The recent one to hit OTT is Alia Bhatt‘s Darlings. She has not only acted in the film but has also produced the film. It is co-produced by none other than Shah Rukh Khan. Darlings stars Vijay Varma and Shefali Shah along with Alia Bhatt and it is receiving a positive response from all corners. Viewers are praising Alia Bhatt for her striking performance in this dark and edgy drama. It is her first production venture and must say, she did manage to strike a big deal with Darlings. Also Read – Alia Bhatt flaunts her baby bump in a little brown dress while posing with hubby Ranbir Kapoor [Watch Video]

If the reports are anything to go by, OTT giant Netflix bought Alia Bhatt‘s Darlings for a whopping amount. As per ETimes, the producers pocketed Rs 80 crore for Darlings. The film ditched the theatrical release and directly hit OTT. The amount paid is huge but reportedly it is lesser than what Kartik Aaryan‘s film Dhamaka had made. Reports suggest that Kartik Aaryan’s Dhamaka was sold to Netflix for Rs 135 crore. The film trended big time on Netflix and Kartik was praised for his performance. Also Read – Darlings honest review: Alia Bhatt hailed for powerful performance but fans are UPSET with her dark and edgy film for this reason

Talking about Darlings, it is a story about Badru who is a victim of domestic violence. Her husband under the influence of alcohol tortures her on several occasions. She along with her mother then seeks out to take revenge. Also Read – Darlings: Shah Rukh Khan, Janhvi Kapoor shower love on Alia Bhatt-Vijay Varma starrer; latter calls the mom-to-be ‘unparalleled talent’

Alia Bhatt who is soon going to be a mother will next be seen in Brahmastra along with husband Ranbir Kapoor. It will be for the first time that the stars will be sharing the screen space. There is a lot of excitement around this Ayan Mukerji starrer. She also has a Hollywood film with Gal Gadot in her kitty. Alia also has Jee Le Zara along with Katrina Kaif and Priyanka Chopra.