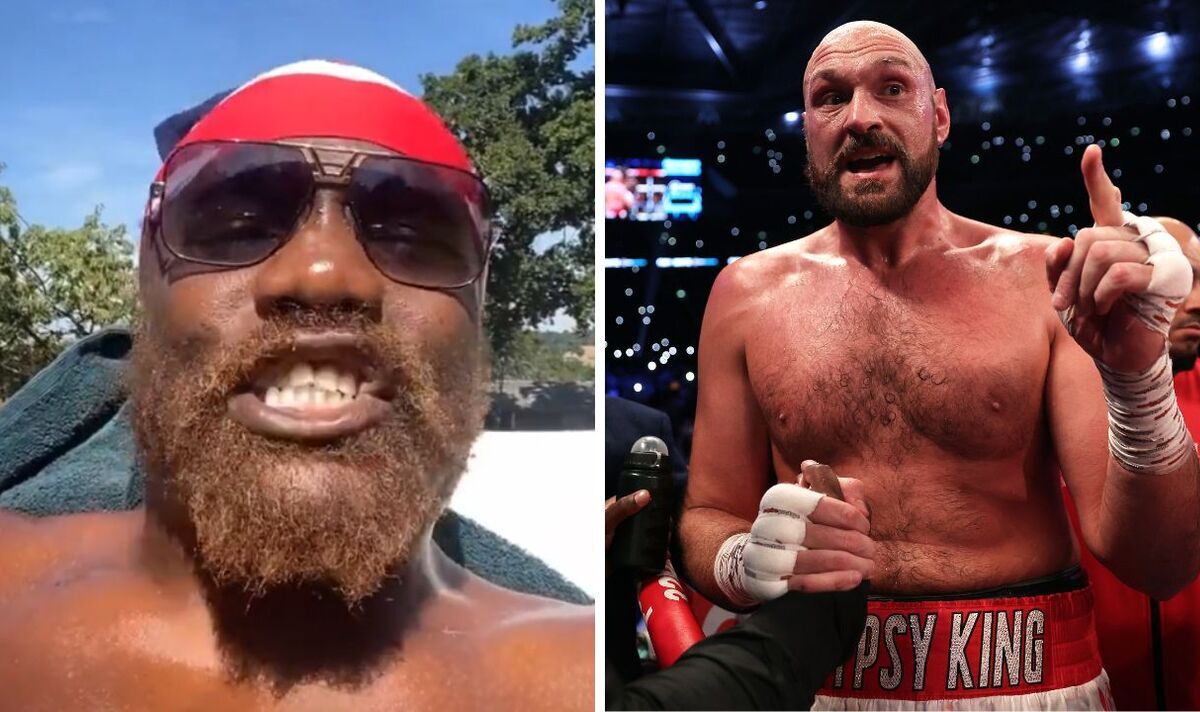 Derek Chisora has demanded that Tyson Fury sends him the paperwork for their trilogy fight as talk of another fight begins. ‘Del Boy’ is responding to Fury’s recent announcement that he plans to come out of retirement and face Chisora for a third time under new trainer Isaac Lowe.

During a recent video uploaded to Twitter, Fury sent a message to Chisora and explained why he has chosen to come back. He said: “Well Andy, I’ve decided to come back to boxing because I can be the first heavyweight champion in history to have two trilogies, one with Deontay Wilder and a second one with Derek Chisora.

In response to Fury’s call out, Chisora responded: “Tyson stop talking s*** mate, phone Mummy and Daddy. Mummy is Frank Warren, Daddy is f***ing Bob Arum tell them you want to hang out with me, okay? And send me the paperwork b****”

Both men used to be friends but recently fell out after Chisora predicted that Dillian Whyte would knock out Fury during his last contest in April. Speaking to talkSPORT, Fury explained that he had taken exception to Chisora’s comments and that they are ‘no longer friends’.

He continued: “when I see you, Derek, you’ve got me to fight. Derek Chisora if you’re out there and you wanna fight come and see me. I’ve busted you two times already and I’ll do it again, you little sucker.”

The pair previously fought each other in 2011 and 2014 with Fury winning both contests. In their last outing, Fury became only the second man to stop the iron-chinned veteran with a tenth-round retirement victory.

Many had hoped that Fury would make his return against the winner of Oleksandr Usyk and Anthony Joshua on August 20 but it appears the Mancunian is more interested in running it back with Chisora. According to reports, the fight is being targeted for December, however, the location is currently undisclosed.