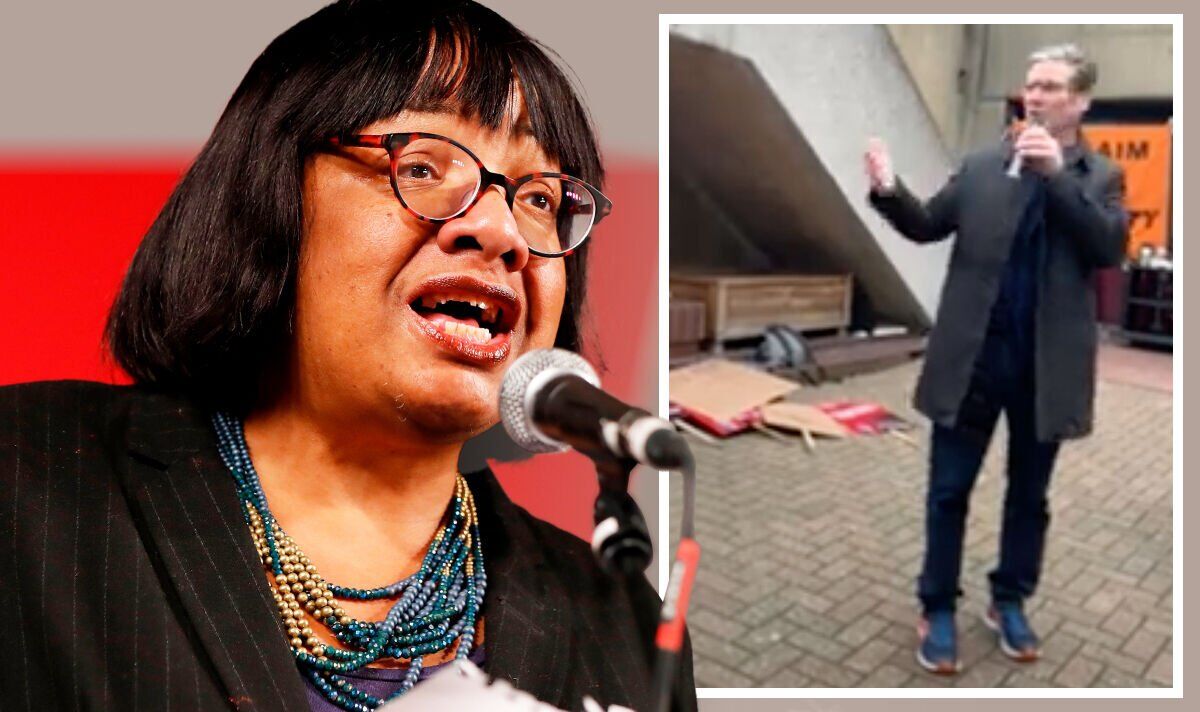 The former Labour frontbencher shared the clip of Sir Keir from during the party’s leadership election. Speaking to striking university lecturers, he said it was “really important” Labour MPs gave their support to those fighting for better pay and working conditions.

Drawing attention to a video of the remarks on social media, Ms Abbott said: “Starmer on a University and College Union picket line in 2020.”

The Labour leader has found himself under intense pressure from within his own party after sacking shadow transport minister Sam Tarry from the frontbench last week.

The Ilford South MP was removed from his role after he joined a picket line of striking rail workers and gave a series of unauthorised media interviews in which he appeared to make up Labour policy on the spot.

Just 24 hours before, Sir Keir had banned his top team from joining those on strike.

The stance is a marked contrast to what he said when speaking to University and College Union members during his leadership pitch.

In the unearthed footage, he told workers on a picket line outside University College London: “It’s really important you get politicians to come out and support you and stand with you in this.

“I’m very proud to do that to be with you this morning and to support you through this campaign both as the local MP for here but also in the shadow cabinet and running as leader of the Labour Party.

“Because my leadership, if I win it, will be standing with you and other campaigns like you.”

Sir Keir has faced outrage from his own MPs after the sacking of Mr Tarry.

John McDonell, the ex-shadow chancellor described the Labour leader’s actions as a “severe mistake” and a “misreading the mood of the public”.

Express.co.uk is aware an increasing number of local constituency labour party groups have been passing motions in support of MPs taking part in strike action to send a direct message to the Labour leadership.

It puts Sir Keir at odds with his grassroots members across the country.

This website also understands the left-wing campaign group Momentum has also decided to change its tact in response to the row.

It is preparing a new campaign to target Labour MPs and the leadership over their support for the strikes.

He said: “Sam Tarry was sacked because he booked himself onto media programmes without permission and then made up policy on the hoof.

“That can’t be tolerated in any organisation because we have got collective responsibility, so that was relatively straightforward.

“Of course, as far as the industrial action is concerned, I completely understand the frustration of so many working people who have seen the prices go up, have seen inflation through the roof and their wages haven’t gone up.”