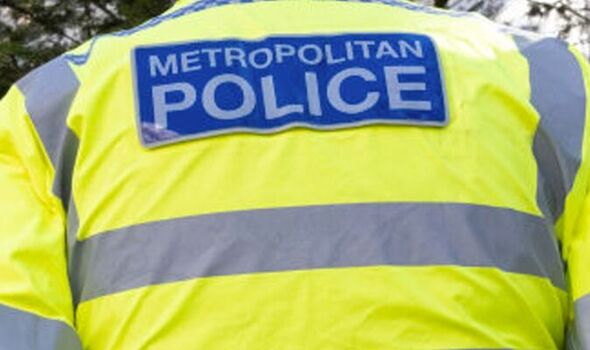 A stock image showing a police officer in a hi-vis jacket (Image: Getty)

Ken Marsh, who chairs the Metropolitan Police Federation, also said officers stopped up to 300 fights because of an “element” that turned up to cause harm to others.  He told LBC: “It is disgusting. A colleague was sexually assaulted by numerous males during the carnival. My thoughts go out to that individual right now.”

Mr Marsh called for the carnival to be brought to an end because of the violence, adding officers stopped about 200 to 300 fights.

“We seized dozens of knives over the course of the two days and stopped about 200 to 300 fights – small, sporadic fights. This is not a fun-loving weekend.

“The tragedy to this is 98 percent of people who go there are law-abiding and want to enjoy themselves, but there is an element, and I am fed up of no one talking about it, of people who go for one reason – to cause harm to others. That is not stopping, has never stopped and we need to say enough is enough.”

“You cannot have a situation where we talk about 1.5 million people, and what are we talking next year, three million? We don’t have the resources to deal with it. This is tens of millions of pounds of public money that are spent on policing this.

“We are left ultimately responsible for it and whatever goes wrong and the mayor will be down our throats quicker than blink if something terrible goes wrong. This is absurd and cannot continue.”

Mr Marsh’s comments come after tributes were paid to a man stabbed to death at the carnival on Monday. Takayo Nembhard was a rapper from Bristol, according to his manager.

Mr Nembhard, also known by his rap name TKorStretch, was confirmed as the victim by his manager, Chris Patrick, on Tuesday morning. The fatal attack was one of seven reported stabbings at the carnival, which returned after two years. The other six attacks resulted in non-fatal injuries.

Mr Nembhard, 21, was visiting the carnival with his sister and friends, Mr Patrick said.

Oshian Edwards, who described herself as his partner and that she is expecting his baby, paid tribute on Instagram, writing: “Takayo my sweet beautiful boy, all I can ask is why over and over again. You was the most kind hearted, loving, funny and caring person.

“I’m sat here with sore eyes and a heavy heart as I’ve cried consistently for the last 12 hours while carrying your unborn son. I will remind him daily about how great you were as a son, brother, boyfriend and friend too!”

A murder investigation has been launched by the Met. It is being led by Detective Chief Inspector James Shirley of the force’s Specialist Crime Command.

DCI Shirley appealed for witnesses in a statement: “I know there were several hundred people in the immediate area surrounding the murder and while the carnival environment made the management of and access to the scene difficult, it also meant there were likely to have been a number of witnesses.

“If you saw anything, no matter how insignificant it may seem, please do get in touch.”

“The club would like to pass on its condolences to Takayo’s family and friends at this difficult time.”

Roy Ramm, a former Commander of Specialist Operations at the Met, said the last day of the carnival “degenerates” into violence.

He told LBC: “For most people it is safe… Police have learned a great deal over many years about how to police the carnival.

“But there is a time, always on the last day it seems, that it degenerates. The drug sellers, the gangs, seem to reject the spirit of carnival and take the opportunity to settle scores, to mark out territory and bring out the knives. It is a tragedy, a tragedy for the family of the young man who died and a tragedy for the people of Notting Hill.

“It is very difficult to do anything other than [what the police] are doing now. It started out as a spontaneous event many years ago and police have joined into it, danced with the revellers. There were 7,000 police officers there on the day – will 14,000 make any difference?

“The trouble is, these young men – and it is young men – they want to fight, mark out their territory and sell their drugs. They are determined to wreck it in the evenings.”

Those who want to remain anonymous can contact the independent charity Crimestoppers on 0800 555 111.