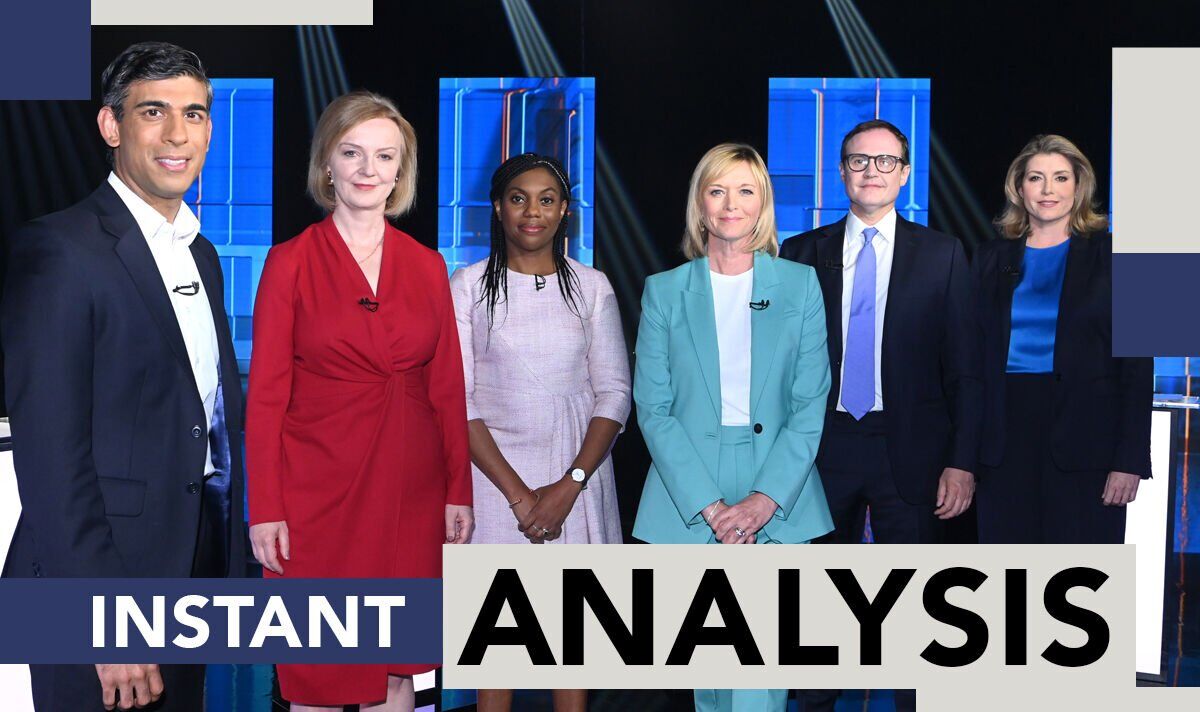 ‘Do you want Labour to win?’ Why Tory MPs begged leadership candidates to stop TV debates

One Conservative MP put it bluntly: “These debates are unnecessary, they [the candidates] want our [Tory MPs] votes.

“What’s the point of all of it? We know them and who they are.

It was not the spectacle being watched by small audiences which worried them but “a vast armoury” of social media clips and GIFs being harvested from the debates for Labour to attack whoever wins and the Conservative Party in general.

So it was perhaps not a surprise that Mr Sunak and Ms Truss yesterday pulled out of the planned Sky debate on Tuesday night.

Both issued vague promises to take part in other debates if they are in the later rounds of the contest.

MPs had asked them both to desist.

One MP claimed he had even started quoting Shakespeare: “Discretion is the better part of valour.”

In other words, “keep your head down and shut up!””

Another was even less kind.

“We thought it was a good idea for the public to see the candidates, then when they did we realised it wasn’t. Funny how bring back Boris was trending on Twitter during the debates.”

But the decision to pull out has possibly not helped Truss.

While she was doing some damage to Mr Sunak in a feisty performance on Sunday night she had needed that to help put of energy back into a flatlining campaign with Ms Mordaunt looking a favourite to take second place.

Ms Mordaunt, who had complained more than anybody about so-called “smears”, was then able to say she believed candidates should be “available for proper scrutiny” taking the high ground.