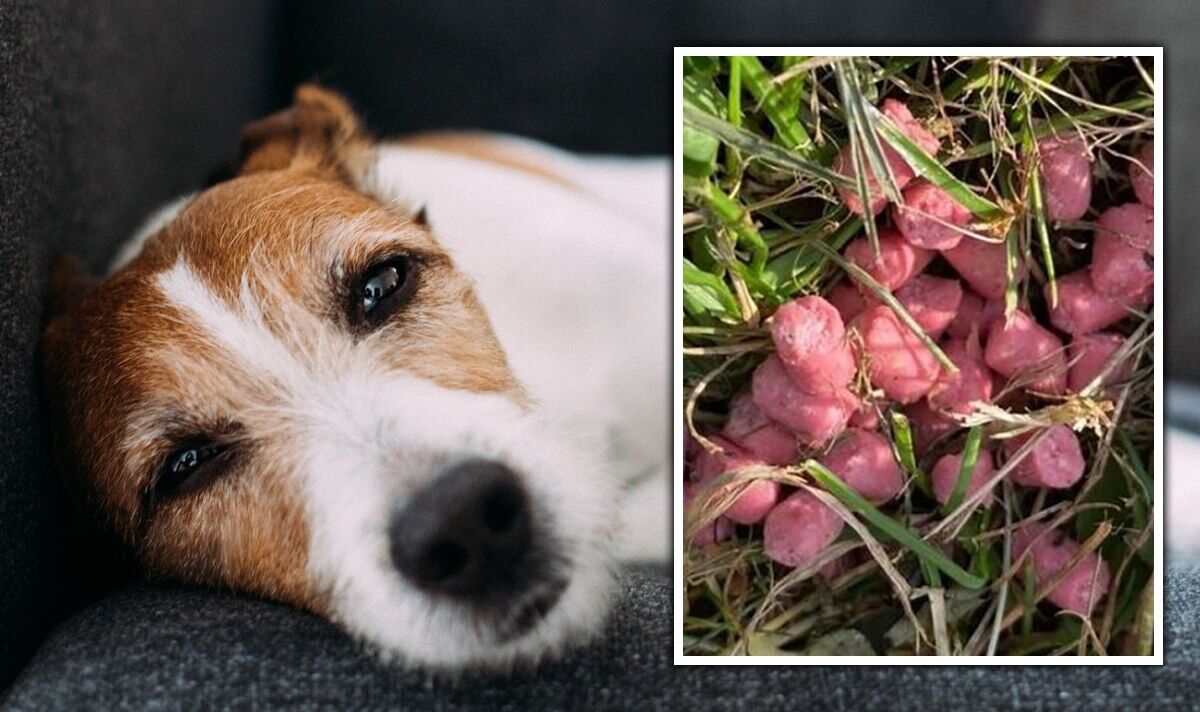 Dog ‘lucky to be alive’ after ‘deliberate’ poisoning in Scottish park

Following the drama in a park in Edinburgh, a Scottish animal charity began an appeal for information.

The Scottish SPCA fears the pellets containing rat poison were deliberately placed in Dovecot Park with the intention of injuring or killing family pets.

Believed to have happened on Wednesday June 22, the dog is now thought to have made a full recovery thanks to a quick thinking response from the owner.

The charity is warning owners to be vigilant and report any substances that they believe to be toxic, or calling on anyone who has any information to come forward and help with their investigation.

Stuart Murray, Scottish SPCA inspector, said: “This is very concerning and the dog in question was very lucky to come away from the incident unharmed.

“The poison is in the form of pink pellets which we believe to be rat poison.

“Using poison, or any dangerous item, with the intent of deliberately harming animals is a crime and is enforceable by law.

“We would urge all pet owners in the area to be vigilant.

“If anyone has any information about this case or that toxic substances are being deliberately used against animals, then we would urge them to contact our confidential animal helpline on 03000 999 999.”

Another dog was rushed to a vets in East Ayrshire after eating a hot dog laced with rat poison.

The dog was said to have started vomiting and became lethargic after chewing the discarded meat left on a popular walking spot by the River Doon.

Pictures show a bag of the hot dog slices which have been cut open with a notable discolouring.

Doon Valley councillor Drew Filson told Ayrshire Live: “It is absolutely disgusting that someone would do this.

“A resident in Patna had to contact me; they were in the main walkway area between the two bridges.

“Their dog ended up not well and they had to take it to the vets in Maybole. It is on the mend but a poor wee soul.

“It is just horrible that someone would go to these lengths to do that.”

Meanwhile, vets have warned pet owners about the dangers of toxic blue green algae following the death of a dog.

Hannah Washington told WiltshireLive that after entering the water at Anton Lakes in Andover, she and her partner noticed their dog Roo had become pale and was not breathing on his own.

His heart stopped beating and he passed away, with tests showing there were levels of the blue green algae in parts of the water.

Hannah said: “Our worst nightmare had officially happened, our precious, young, baby Roo had lost his life, so suddenly…

“The amount of people I know or have spoken to that no longer let their dogs in the water due to what happened to Roo, is really relieving.”

The UK Centre for Ecology and Hydrology (UKCEH) confirmed the dangerous algal blooms had been found in around 50 locations across the UK including a ‘plausible’ sighting in Leek over the past 12 months.

Dogs can swallow the toxins by drinking water from an affected lake, river or pond or while licking their fur after going for a swim.

Brexit POLL: Do you agree with Lord Frost that Brexit is working?

UK told it will ‘vanish’ in Putin nuke threat

British Veterinary Association President Justine Shotton told Stoke-on-Trent Live: “Many dogs love nothing more than a paddle in a lake to cool off in this weather, but we’d urge pet owners to keep them on a lead during walks near water bodies confirmed to have algal blooms this summer.

“The majority of blooms are toxic and it is impossible to tell the difference visually, so it is better to be safe than sorry.

“It is also important to be aware of the symptoms of exposure. These commonly include vomiting, diarrhoea, drooling, disorientation, trouble breathing, seizures, and blood in faeces.

“They can appear within a few minutes or hours of exposure, depending on the type of toxin ingested, and can cause liver damage and ultimately be rapidly fatal if left untreated.

“There is currently no known antidote for the toxins, so dog owners should seek prompt veterinary treatment to tackle their effects and ensure a good chance of recovery for their pet.”