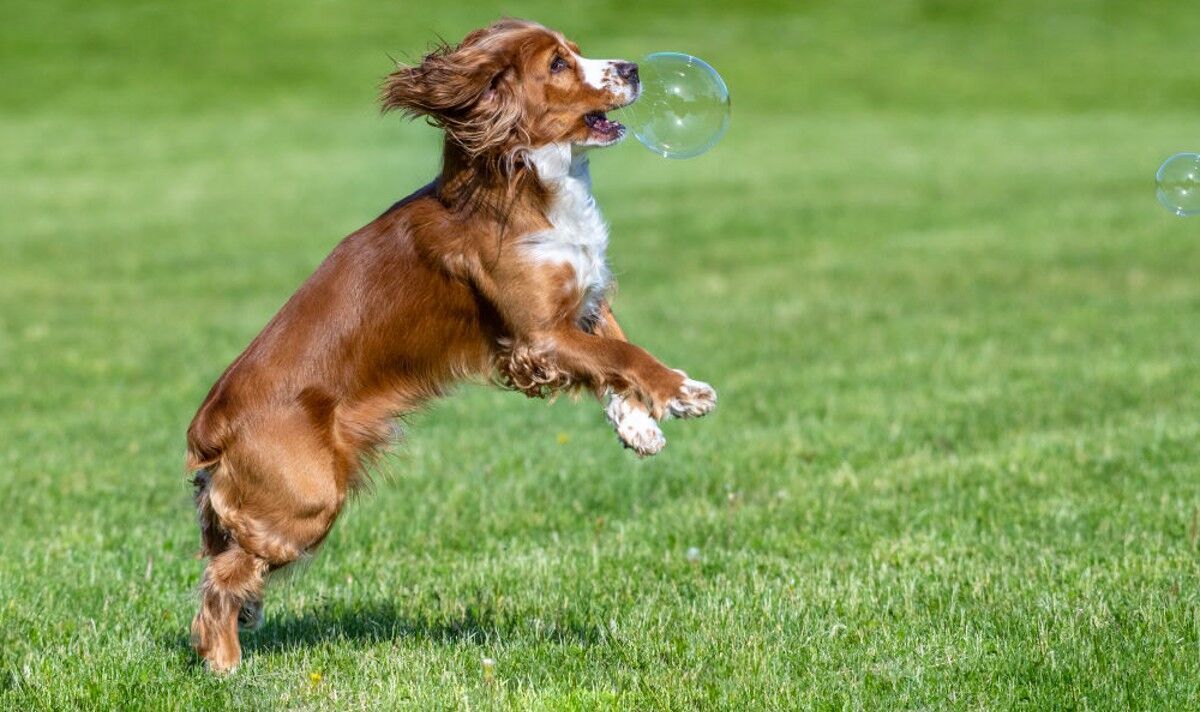 The British Veterinary Association (BVA) issued the warning as the warm weather increases the risk of the deadly algae. It follows sightings in ponds, lakes and rivers in around 50 locations across the UK.

Blue-green algae are a group of bacteria, called cyanobacteria, that can contain dangerous toxins which can be harmful and potentially fatal to pets if ingested.

The algae may appear as green or greenish-brown scum on the surface of water.

Dogs can ingest it by drinking from affected water or by licking their fur after swimming.

It’s even possible for dogs to come into contact with blue-green algae even if they do not go into the water as blooms can build up around the edges of lakes, rivers or ponds.

BVA President Justine Shotton said: “Many dogs love nothing more than a paddle in a lake to cool off in this weather, but we’d urge pet owners to keep them on a lead during walks near water bodies confirmed to have algal blooms this summer.

“The majority of blooms are toxic and it is impossible to tell the difference visually, so it is better to be safe than sorry.

“It is also important to be aware of the symptoms of exposure.

READ MORE: Dog owners warned of ‘silent killer’ as pets could be put at risk

The BVA is urging dog owners to keep pets on the lead around water bodies suspected to have blue-green algae and not to let them swim in it or drink from it.

People should look out for warning signs put up by authorities near rivers, lakes and ponds.

It comes after a cocker spaniel died of suspected blue-green algae poisoning after a swim in Anton Lakes, Hampshire, in April.