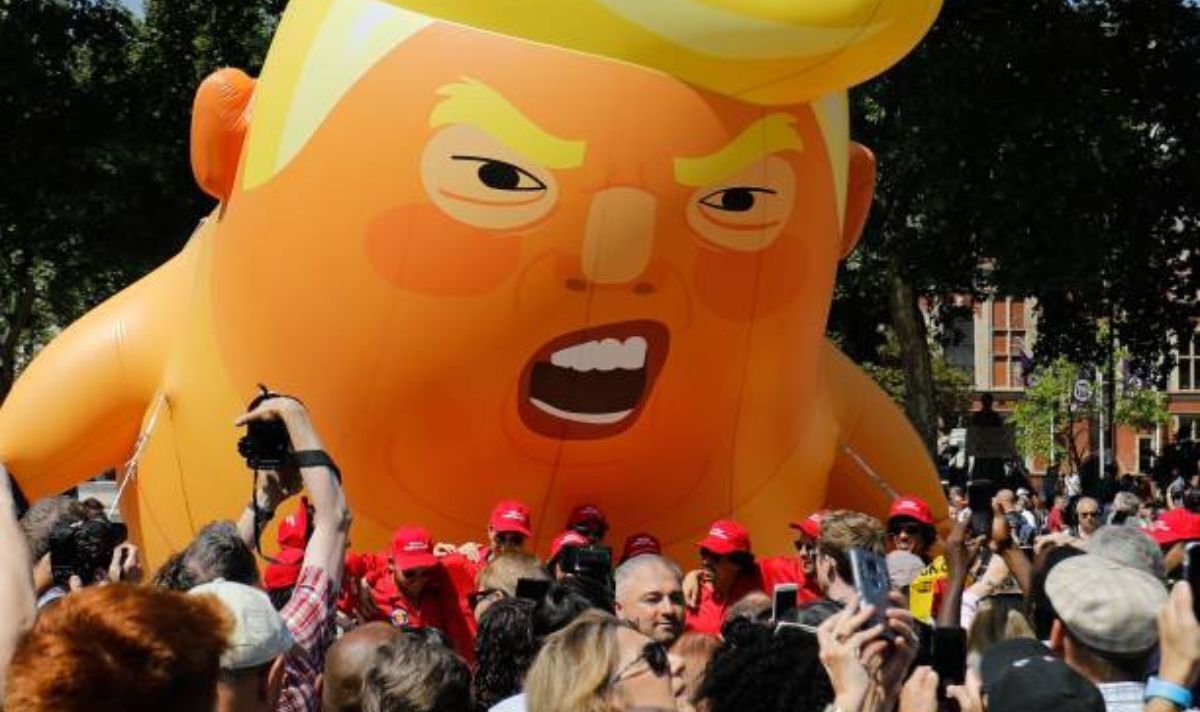 The Museum of London has re-inflated the Donald Trump baby blimp as part of a test to see if the balloon can be preserved so it can be displayed in the future. In 2019, the blimp made headlines as a noteworthy symbol of the protests in Parliament Square during Donald Trump’s state visit to the UK.

It is hoped that the baby blimp may have its “final resting place” and be displayed at the Museum of London’s new site in Wes Smithfield, which is due to be opened in 2026.

Specialists manufacturers were given the task to re-inflate the baby Donald Trump balloon in order to check is it structurally sound, how long it holds air for, and to make any small repairs.

A spokesperson for the Museum of London said: “It is always a challenge to preserve objects that are meant to be short-lived like the Trump blimp.

“It was made to be flown over Parliament Square during the then president Trump’s visit to London in 2019 – a quick, flexible and visible icon, as opposed to the permanent statues in Parliament Square made from the much more durable materials.”

The spokesperson went on to explain why there may be difficulty in preserving the balloon.

They said: “We have worked together with scientists at University College London and the University of Ljubljana, Slovenia, to analyse the composition of the plastic …

“The blimp is made from PVC material, it is soft and flexible and very thin, much like a giant beach ball.

“Plastics age and break down in sometimes unexpected ways, so this will help us establish how we can best preserve it in the long-term as part of our collection.”

If the balloon is able to pass its tests and be preserved, it will join a display about protests and will join the Museum of London’s collection of historical protesting fear, which includes objects relating to the suffrage movement, flags and placards from protests for more accessible public transport.

At the time, the Museum of London said the balloon was an “extraordinary and imaginative idea” and was a “response from Londoners”.

However, the director of the Museum of London, Sharon Ament, stressed that the museum had no political motive for buying the balloon.

She said the museum was “not political and does not have any view about the state of politics in the States” but added the balloon showed the typical British response of satire.

She said: “We use humour a lot. And we poke fun at politicians. This is a big – literally – example of that.”