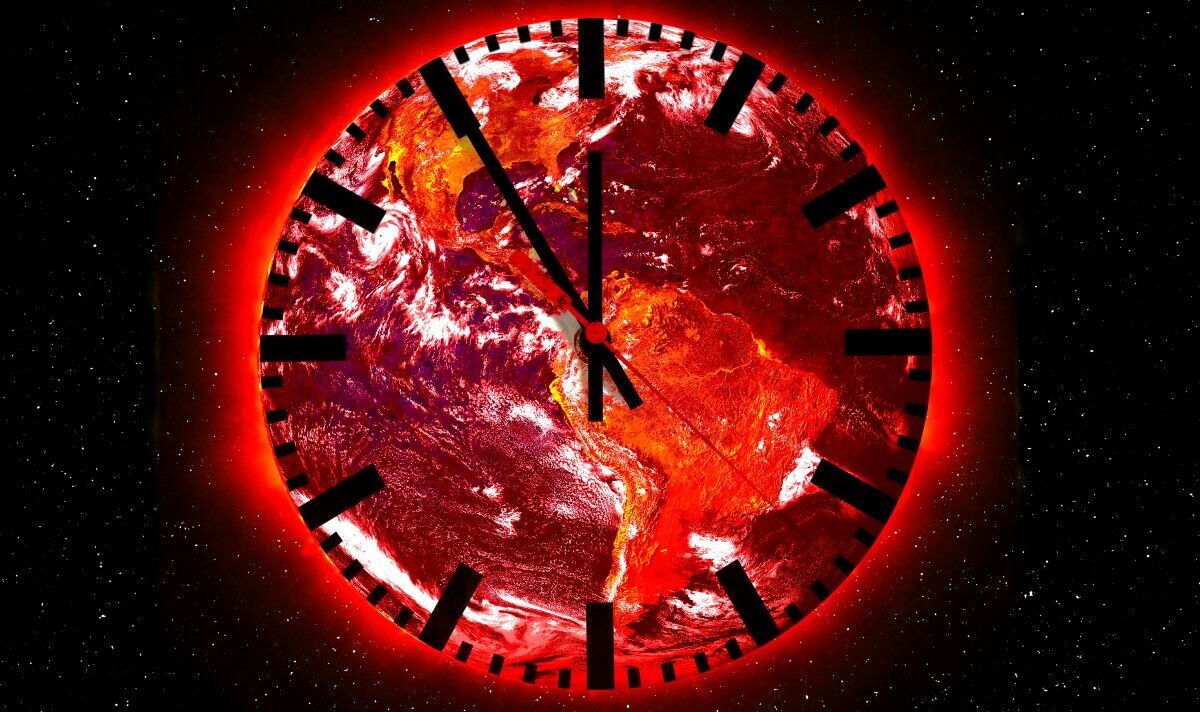 The Doomsday Clock has moved to its closest point to midnight in its history in a chilling prediction from scientists who forecast humanity’s fate. The Bulletin of the Atomic Scientists have moved the hands on the Doomsday Clock 90 seconds to midnight. The closer it edges to midnight, the nearer the experts from the Science and Security Board of the Chicago-based group believe that the world is to an Armageddon scenario.

Russia’s war in Ukraine and a deepening climate catastrophe have concerned the scientists, who make annual predictions by moving the hands of the clock every January.

The clock was created back in 1947 to warn humanity of the dangers of nuclear weapons. Still used today, the scientists encompass all kinds of threats they believe are posing a risk to human existence. The panel is made up of experts in the fields of nuclear risk, climate change, disruptive technologies and bioterrorism to name a few.

It meets twice a year to discuss the current threats and whether a clock reset is necessary. On January 23, 2020, scientists decided to move the clock to 100 seconds to midnight amid “two simultaneous existential dangers – nuclear war and climate change”.

Russia’s illegal war in Ukraine has seen President Vladimir Putin dish out terrifying nuclear threats which he claims are not “bluffs” and US President Joe Biden has warned the heat of “Armageddon” is at its most intense since the 1962 Cuban Missile Crisis.

According to the International Campaign to Abolish Nuclear Weapons (ICAN), this year’s Clock announcement is an indication that urgent action must be taken to avoid nuclear disaster.

It is calling for the world’s nuclear powers to begin eliminating their arsenals. It comes months before G7 leaders are due to meet in the city of Hiroshima in May 2023.

Chosen deliberately by Japanese Prime Minister Kishida, this was the first city to suffer a nuclear attack with the aim of putting international peace and security at the centre of the his agenda.

The group has laid out a roadmap to push the globe on a path to being free from nuclear weapons. It started with the Treaty on the Prohibition of Nuclear Weapons two years ago, which 92 countries signed and 68 ratified, in a huge show of force against the existence of these lethal bombs.

The group says that the next step is setting up a round-table conversation among the world’s nuclear powers in which they will discuss how they can disarm.

And this is not a new discussion either. Following the end of the Cuban missile crisis and the close shaves back in the early 1980s amid the US’ Cold War with the Soviet Union, there was significant action to stop proliferation and reductions in nuclear arsenals. Now, the ICAN is urging world leaders to finish the job.

ICAN’s Executive Director, Beatrice Fihn says it’s high time to act: “We have had enough of the Doomsday Clock warnings being followed by inaction. The leaders of the nuclear armed states must urgently negotiate nuclear disarmament, and the G7 meeting in Hiroshima in May 2023 is the perfect place to outline such plan.

“The leaders of the G7 countries must now step up and seize the moment of their meeting in the first city to have been devastated by an atomic bomb at huge human cost to tell us how they will work with Russia, China and other nuclear armed states to end this grave threat to humanity.”

As well as nuclear war, the catastrophic disruption of climate change was also first considered as one of the markers of a humanitarian disaster back in 2007 when the clock was changed from seven minutes to midnight to five minutes to midnight.

The clock was set furthest away from midnight back in 1991, when it was wound all the way back to 17 minutes when the Cold War was officially declared over.

The scientists originally behind the Doomsday Clock concept included some who had participated in the Manhattan Project, the initiative which created the world’s first atomic bomb. After the clock was first set up, Bulletin Editor Eugene Rabinowitch decided whether or not the hand should be moved.

He died in 1973, and the Bulletin’s Science and Security Board later took over. The Bulletin has included 13 Nobel Laureates over the years.