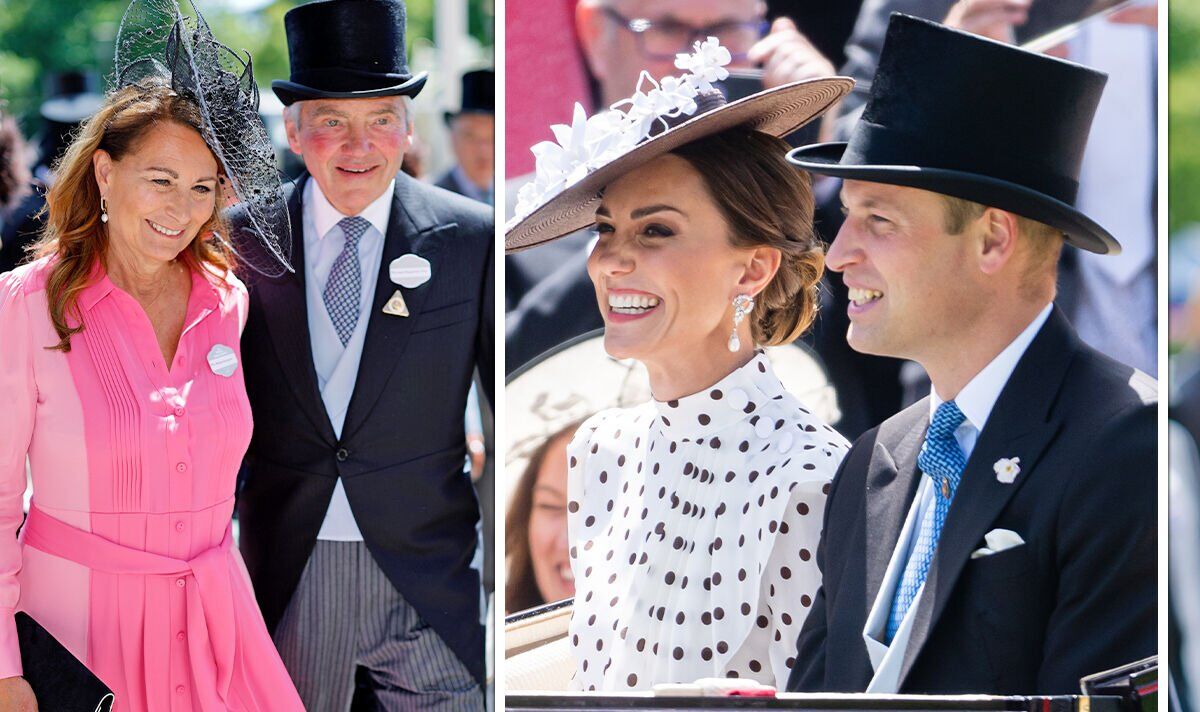 But today also marks a second happy milestone for Kate, as her parents, Michael and Carole Middleton, celebrate their 42nd wedding anniversary today.

Carole met flight dispatcher Michael while she was working as a flight attendant for British Airways.

William has previously spoken about his fondness for his in-laws.

Like his mother Princess Diana, William is passionate about helping the homeless and eradicating homelessness as an issue.

Writing in a special edition of The Big Issue, he penned: “I count myself extremely lucky to have a role that allows me to meet people from all walks of life, and to understand their full story – whatever it may be.

“It’s a privilege that many of us, busy with our days, don’t always afford. So, for my part, I commit to continue doing what I can to shine a spotlight on this solvable issue not just today, but in the months and years to come. ”

He added: “I hope to bring George, Charlotte and Louis to see the fantastic organisations doing inspiring work to support those most in need – just as my mother did for me.”

It has been reported that Prince William plans on holding a joint birthday bash with wife Kate after her plans were cancelled amid surging Covid rates.

The Duke of Cambridge has been given the go ahead to throw the party at the Queen’s Windsor Castle home or Sandringham Estate later this summer after agreeing the couple should “celebrate their landmark birthdays in style”, royal sources have revealed to the Mirror.

As well as senior royals including the Prince of Wales and Duchess of Cornwall, The Queen may attend William and Kate’s bash, in line with the royal tradition of celebrating decade milestones for senior members of the family.

But the 96-year-old may be unable to attend following her ongoing mobility problems that have seen her having to cancel a number of public appearances.

In a royal first, William will not have his birthday marked by the flying of Union flags on government buildings to mark the birthdays of senior royals.

It emerged yesterday that The Queen and the Prince of Wales will now be the only royals whose birthdays will be marked in such a way.