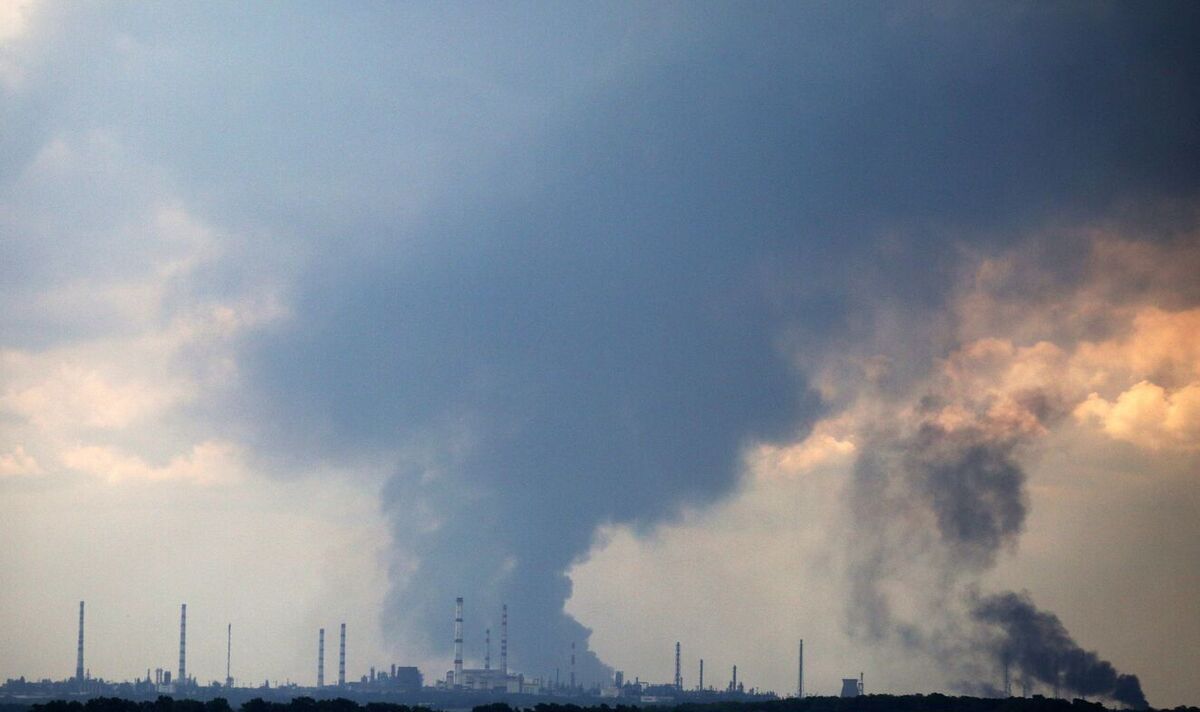 The pilotless plane flew over Novoshakhtinsk in neighbouring Rostov, before an explosion that was heard 10 miles away.

Flames and smoke rose from the key fuel site as Russia missed the drone, said to be a Ukrainian UAV PD-1 or PD-2 model.

Refinery staff were heard swearing on a video. One said: “Do we stop work?” Another replies: “The plant is on fire…run away.”

The Russian Ministry of Emergency Situations said a “heat exchanger” fire did not cause casualties.

Meanwhile Russian anti-aircraft positions on Ukraine’s Snake Island in the Black Sea have been blown into near-oblivion, satellite photos suggest.