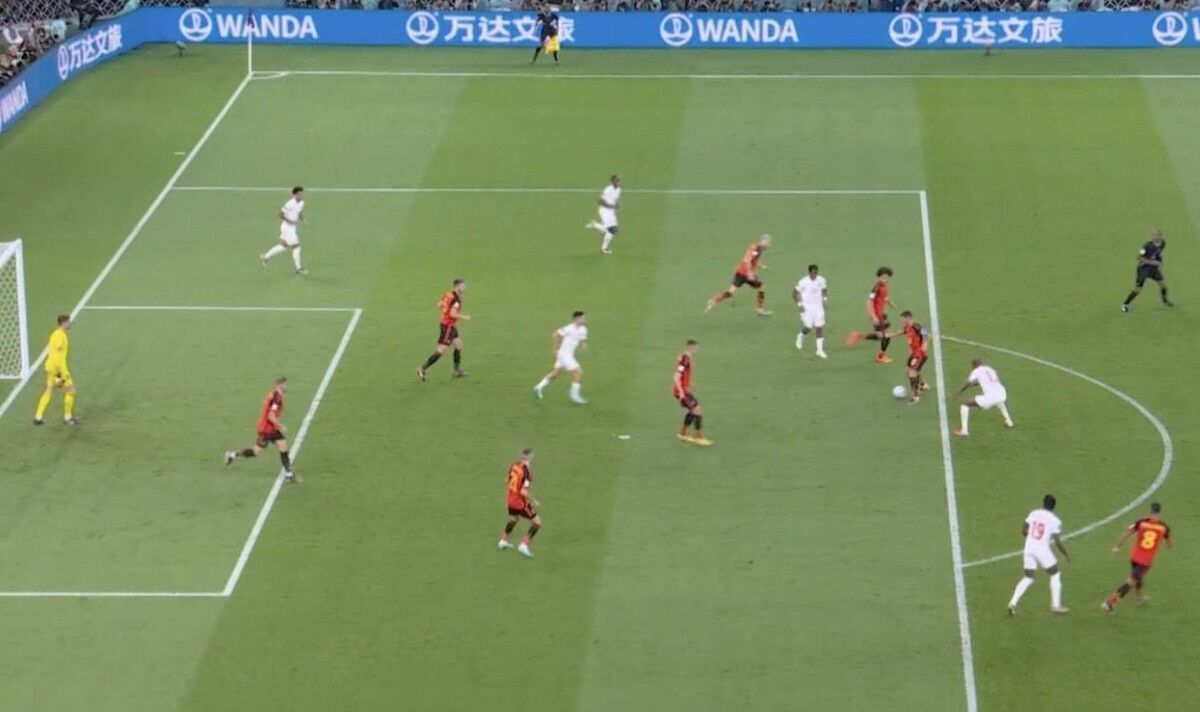 Referee Janny Sikazwe’s controversial past has re-emerged during Belgium’s 2022 World Cup opener against Canada on Wednesday. Canada dominated the first half, despite entering the break 1-0 behind, but were left baffled when Sikazwe’s linesman stopped an attack for offside after Belgium captain Eden Hazard passed to an opposition player.

Hazard’s panicked 14th-minute pass fell at the feet of Tajon Buchanan, running back from an offside position, before another Canada star attempted to get a shot away. But the referee blew for offside to thwart the danger, despite Buchanan receiving the ball from Hazard.

Amid social media confusion, it has come to light that Sikazwe was the referee who bizarrely ended an Africa Cup of Nations match four minutes early in January. Mali’s 1-0 win over Tunisia was marred by the controversial ending after the Zambian official blew for full-time in the 96th minute.

Players and coaches quickly realised the error and furiously informed Sikazwe, who then signalled for the game to continue. But he ended the clash early for a second time, whistling at 89 minutes and 42 seconds, despite the game featuring VAR checks, two penalties and a red card.

His actions left Tunisia’s coaches incensed, and they ran onto the pitch to confront him after his second full-time whistle, pointing at their watches in disbelief. Sikazwe wasn’t interested, though, and was guided off the pitch with his assistants. But not for long…

Twenty minutes after the dubious full-time whistle, reports broke that the match was to be restarted for a second time midway through Mali coach Mohamed Magassouba’s press conference. After unsurprising hesitance, Mali returned to the pitch, but Tunisia refused to play in protest.

The offside decision was Sikazwe’s only significant moment to forget in the first half of the Group F opener. He rightfully awarded Canada a penalty in the early stages after checking the VAR monitor to see Yannick Carrasco block a shot with his hand.

Spectators were certain he missed a blatant penalty shout, also in Canada’s favour, later in the half. However, later replays showed that Axel Witness touched the ball before making contact with Tajon Buchanan. His involvement at the World Cup altogether has raised questions, but he is deemed one of the best in the business by FIFA.

His high-profile mistake at AFCON has followed him since, though, potentially down to forgetting to stop his watch during water breaks. And the awkward blunder involving Hazard hasn’t helped soothe supporters’ concerns.