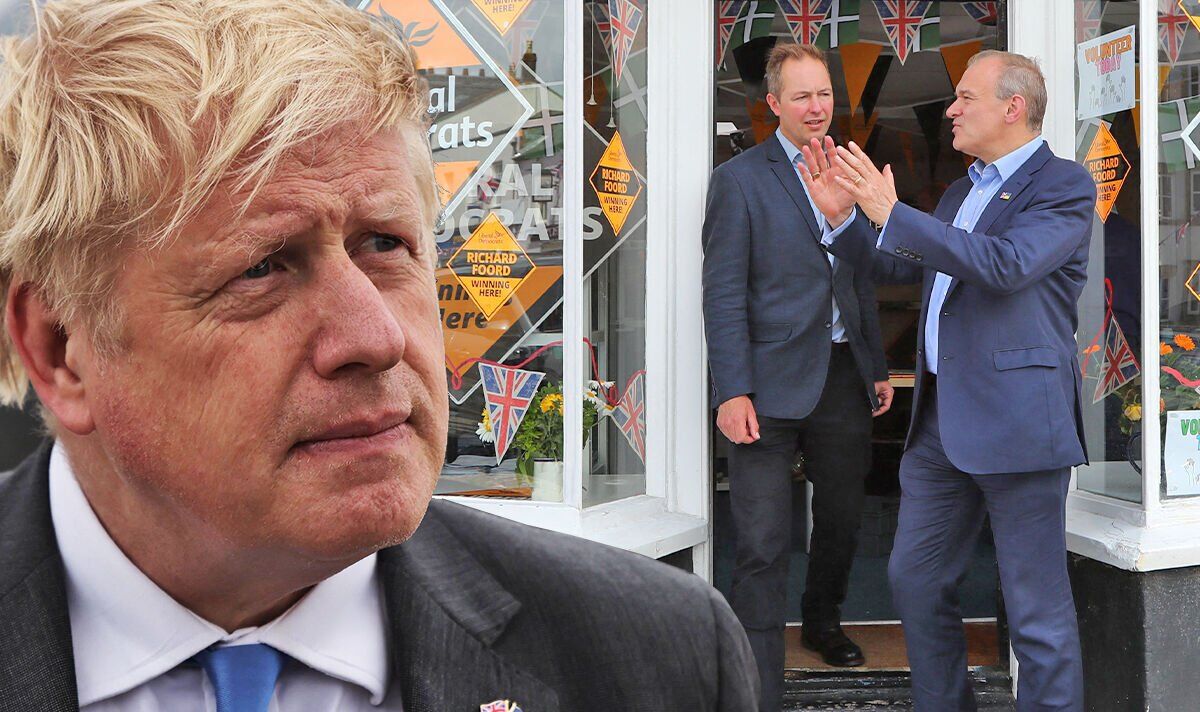 Voters in Devon’s Tiverton and Honiton constituency will head to the polls on Thursday in what could be a historic by-election. The Conservative stronghold could be teetering on a knife-edge with rival parties reportedly closing the gap on the long victorious Tories.

Neil Parish sparked the by-election in May, after representing the constituency for 12 years with a majority of 24,000 over Labour at the general election in 2019.

The Tiverton and Honiton by-election was triggered by the resignation of Mr Parish after he twice looked at adult content on his phone in parliament.

He said the first time was accidental after looking at a tractor website, but the second time – in the House of Commons – was deliberate.

Mr Parish left the Commons on May 4 after admitting his behaviour was “totally wrong”, paving the way for tomorrow’s by-election.

READ MORE: Metropolitan left no idea what to make of Rayner, they’re terrified!

Matthew Shaddick, Smarkets Head of Political Markets, said:
“It’s been a very long time since the Liberal Democrats have failed to win a by-election in which they have been competitive and a majority of just over 3,000 votes is the latest market expectation.

“Anything much higher than that may fuel further speculation about Boris Johnson’s prospects of holding onto power for much longer.”

For the Lib Dems to make a historic win, there would need to be a swing of 22.8 points for them to win, or the equivalent of 23 in every 100 people who voted Conservative in 2019 switching directly to the Lib Dems, according to analysis by PA.

YouGov’s latest national voter intention poll puts Labour ahead of the Tories on 36 percent to the Conservative’s 31 percent as of June 3 – but in such a markedly Tory area, a surprise swing to Labour would be highly unlikely.

Who is standing in Tiverton and Honiton?

Major parties have all announced their intention to stand in the upcoming by-election, and eight candidates are standing for election to represent the Devon seat, which stretches from Bampton on the edge of Exmoor in the north, through the towns of Cullompton and Honiton, to Axminster near the Dorset border.

Former head teacher Helen Hurford will be representing the Conservatives, and has said her campaign will “focus on delivering on people’s priorities for the area including improving transport links, supporting farmers and businesses”.

Businesswoman Liz Pole has been named as Labour’s candidate, standing in the constituency for a second time, and the Liberal Democrats have put forward ex-army major Richard Foord.

Reform UK will also be vying for a shot at getting into parliament, and has named Andy Foan as their candidate.

The Lib Dems see themselves as the main challengers to the Tories, but Mr Foord will still need to overturn a supermajority of more than 24,000 votes secured by Mr Parish at the general election in 2019.

A defeat for the Tories in Tiverton and Honiton would be nothing short of catastrophic.

The constituency has been blue since its creation in 1997, and a loss or heavily-reduced majority would indicate the Tories are on the way to losing the next general election.

Last June, the Liberal Democrats overturned a 12,000-vote Tory majority in Chesham and Amersham in Buckinghamshire to claim the seat with an 8,000-strong majority of their own.

Just six months later in December, they achieved a historic win by taking North Shropshire with a majority of 6,000.

The results are expected to come through in the early hours of Friday, June 24.