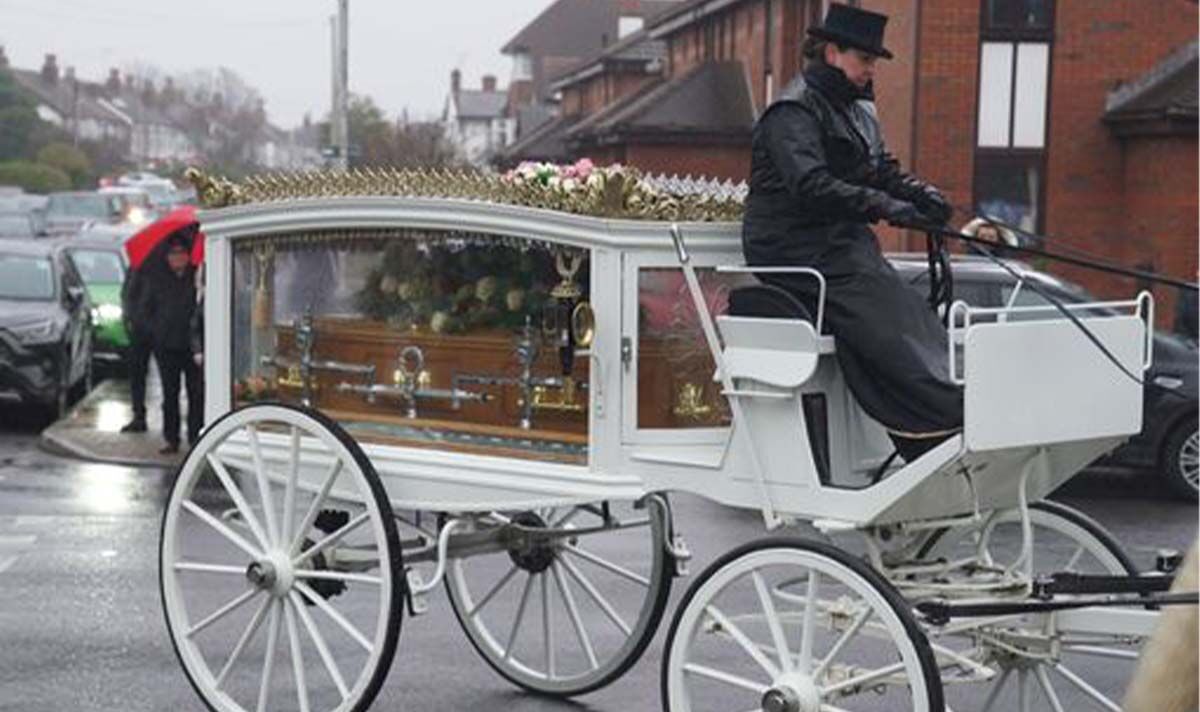 A horse-drawn carriage led the cortege to the church for Elle Edwards’ funeral this afternoon.

Elle, 26, died when a gunman opened fire at the Lighthouse pub, Wallasey Village, shortly before midnight on Christmas Eve. The popular beautician was hit in the head, while five men, aged between 22 and 33, also suffered non-fatal injuries.

Today’s service will be led by Reverend Jeff Staples, reports the Liverpool Echo, who has been in regular contact with Elle’s family. Elle’s funeral is taking place this afternoon at St Nicholas Church, and will be followed by a private service at Landican Cemetery and Crematorium, the Diocese of Chester has confirmed.

Elle from New Brighton, was simply celebrating Christmas Eve with her sister and friends, and detectives say she was not the intended target of the shooting. Elle’s funeral is taking place this afternoon at St Nicholas Church and photos from the church show the beautiful horse-drawn carriage arriving as mourners gathered to pay their respects.

Photos from the funeral also showed the heartbroken friends and family gathering at the church, one month after the shooting. As the carriage arrived at the church, Elle’s dad, Tim Edwards, stood outside and greeted mourners.

Her dad, Tim Edwards, said in a recent Sky News interview that he was hoping to set up a foundation in his daughter’s name.

He said: “There’s no winners with gun crime. If you pick up a gun, your future is over and everybody else’s future around you is over. It’s dead simple. It’s absolutely pointless and it solves nothing.

“I want to see a positive that comes out of this. Elle’s name will be used for good in the future. She can’t be forgotten.”

Lucy Edwards, Elle’s sister, posted the moving tribute on her Instagram page on behalf of her nan Marlene. Her nan described memories she has with Elle, including tea and cake at the kitchen table and laughs shared together.

The tribute said: “I don’t use social media so I’m posting on here. Elle Marlene my gorgeous granddaughter, I will love and miss you for the rest of my time, until we meet again. I miss you bringing me my cakes and sitting on the kitchen table having a cup of tea with me and all the laughs we would have.

“I love you more than anything in this world and I keep staring at your picture on the fireplace. You will always be with us my beautiful granddaughter and you will never be forgotten. Love from nan Marlene.”