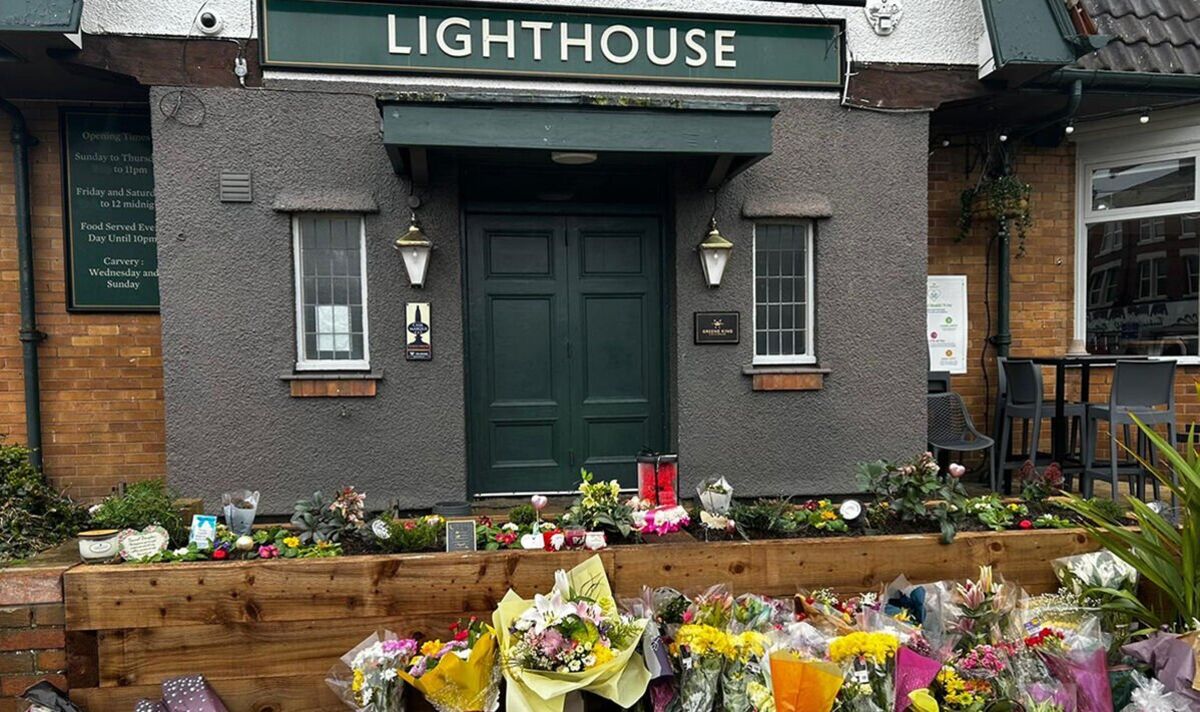 Moving tributes have been left outside the pub where Elle Edwards was shot dead – on the day of her emotional funeral.

The 26-year-old was laid to rest today at St Nicholas Church in Wallasey, Merseyside.

People have lined streets near the church to pay their respects to the popular beautician, who was tragically killed shortly before midnight on Christmas Eve.

A sea of tributes, including flowers, ornaments and teddies, has been left outside the Lighthouse pub in Wallasey Village in memory of Elle.

The pub will remain closed today as a mark of respect to Elle and her family, Liverpool Echo reports.

One tribute said: “I can’t stop thinking about your family Tim. I’m so sorry, words will never be enough. I hope Elle can be a beacon of light on your darkest of days and guide you through the years to come. Thinking of you always.”

A heart-shaped plaque from Elle’s family also remains outside the pub, with a message that reads: “Special daughter, the happiness you brought, in your own special way, will be remembered with love each and everyday.”

In a statement on their Facebook page, the Lighthouse pub said: “Hello everyone, We just wanted to let you know that we’ve decided not to open The Lighthouse on Wednesday 25th January as a mark of respect to Elle Edwards and her family on the day of her funeral.

“Elle and her family have remained very much in our thoughts over these past few weeks and even more so right now. May she rest in peace.”

At the service, Reverend Jeff Staples said there was “much in Elle’s life that needs to be celebrated”.

Mr Staples, who led the service, told the church: “It’s not my place to add anything more to what has been said by Elle’s family about Elle.”

Residents, who lined the streets near the pub, shared their sadness.

“It’s just absolutely tragic and a waste of life. That family will never recover. It’s heartbreaking,” one woman said.

Another said: “It’s a tragic incident and we just felt we had to be here. We wanted to mark our respect.”