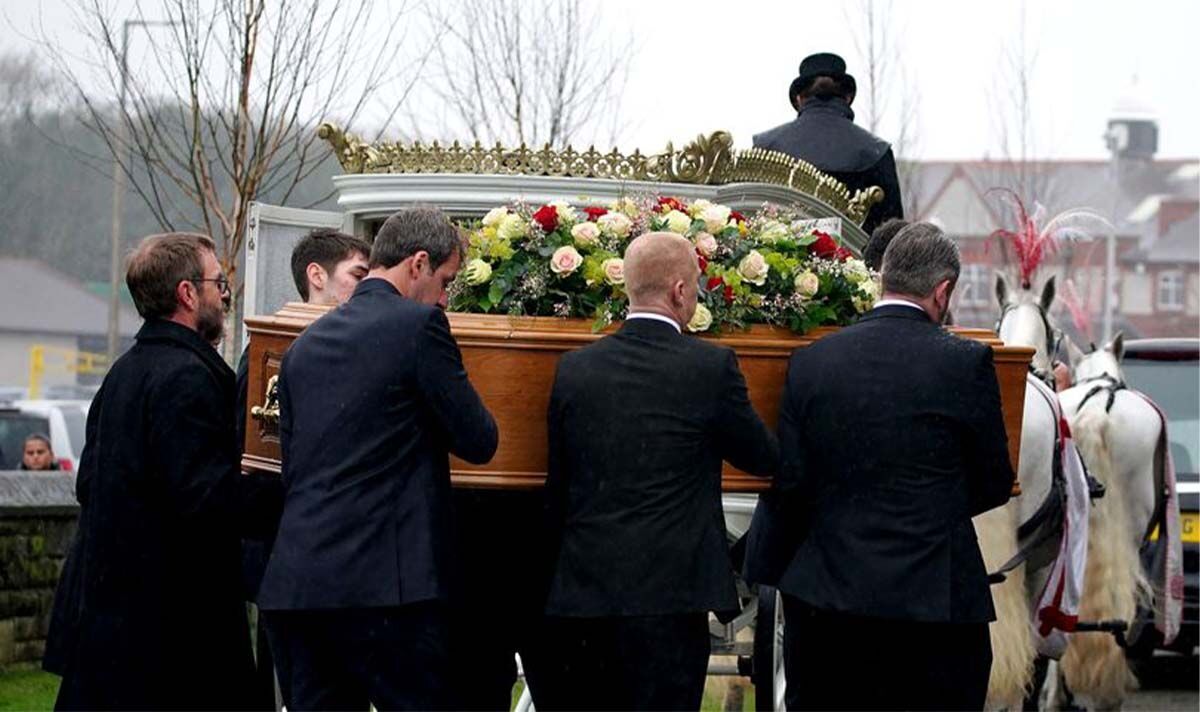 The grandfather of Elle Edwards has shared a poignant message about hope following the death of his granddaughter moments before Christmas Day.

His statement was shared on his behalf at Elle’s funeral today, at St Nicholas Church in Wallasey.

Family, friends and mourners were spotted arriving at the church earlier today, to remember the life of 26-year-old Elle. The popular beautician was shot dead when a gunman opened fire at the Lighthouse pub in Wallasey Village, shortly before midnight on Christmas Eve, reports the Liverpool Echo.

Elle’s funeral at St Nicholas Church will be followed by a private service at Landican Cemetery and Crematorium. In his homily during the funeral service, Reverend Jeff Staples said he had two “very important needs” to share – the need for peace and the need for hope.

The need for hope came from a conversation the vicar had with Elle’s dad Tim Edwards. He said: “Tim mentioned in an interview how he and Elle used to find great joy walking in the Lakes, so I hope Tim doesn’t mind me mentioning that when we met the other day here in St Nicholas, the two of us spoke about finding peace.

“Tim said that he found peace when walking up to the top of a high hill and stopping to gaze out. He experienced stillness and calm, I think that is how many people seek peace, isn’t it? To get out of the local hubbub of life and just be in a place of calmness, of stillness, to be in the moment.

“I could go on but you know what I mean. We are emotionally in a kind of fuzz where nothing feels solid, nothing feels stable, we don’t know whether to laugh or cry, to shout or be silent, so it’s important that we find stillness, calm, peace.”

“How true is that? If we lose hope, then the darkness of evil has gained a victory.

“All of us have been touched by darkness in these past weeks at one level or another – is it just as Tim said – what happened on Christmas Eve affected so many people, and it continues to do so. We were all touched by the darkness of evil.”