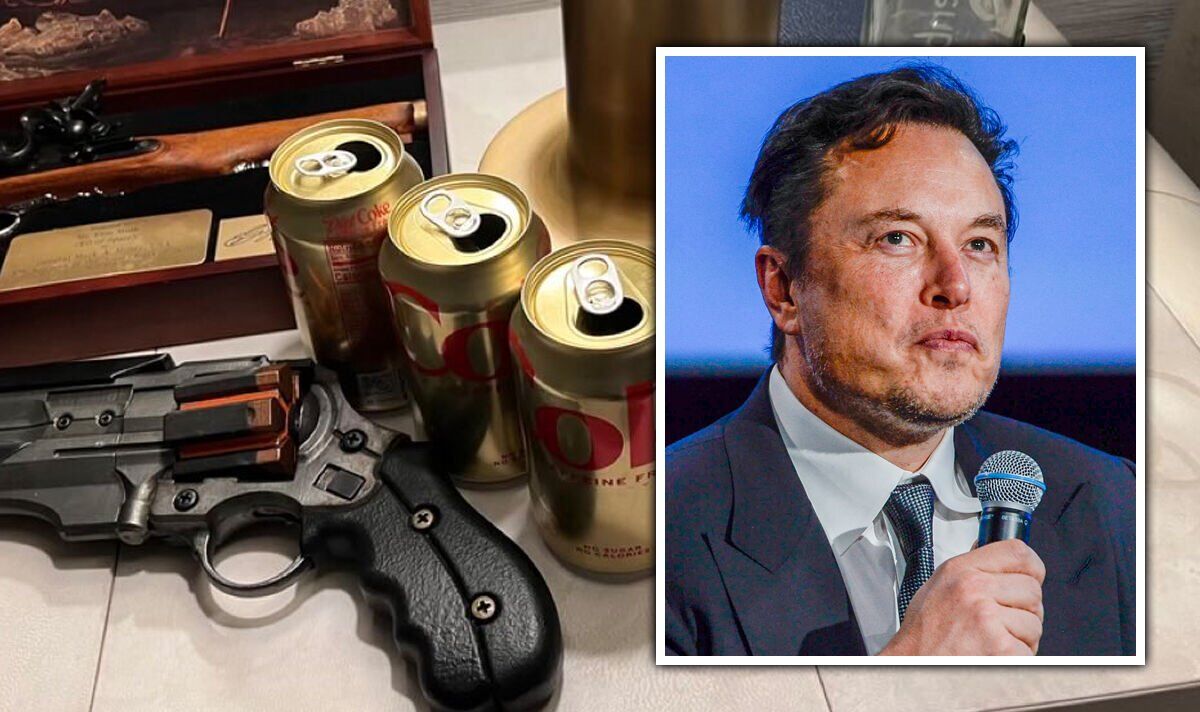 Elon Musk has sparked a frenzy online once again – after posting a picture of two guns and four gold diet coke cans on his “bedside table”. The world’s richest person, fresh into his latest high profile job as Twitter CEO, has caused a storm with the post on the platform. It has been liked, shared and commented on more than 450,000 times.

Addressing his 119 million followers, Musk wrote “My bedside table” alongside the image, with a follow up post which joked: “There is no excuse for my lack of coasters.”

It shows two guns: a revolver missing a trigger and an antique pistol in a case which features a small reproduction of 1851 painting Washington Crossing the Delaware.

The revolver is the Diamond Back .357 revolver from video game Deus Ex: Human Revolution, while the pistol is believed to be a replica of George Washington’s Flintlock.

A Tibetan Buddhist amulet, known as a Vajra Dorje and used for meditation, is also pictured.

Musk prompted criticism for his no context post, as well as speculation about what the items could be.

Visible in the picture are round marks on the Tesla and SpaceX CEO’s table, likely from his lack of coasters.

One user, @aidanpobrien, blasted: “This is a 51-year-old billionaire, the father of 10 children and he sleeps with a toy gun by his bed.”

Another, @annberu, joked: “When you’re the richest man in the world, ain’t nobody gonna tell you to use coasters.”

Musk tweeted: “As a reminder, I was a significant supporter of the Obama-Biden presidency and (reluctantly) voted for Biden over Trump.”

He later added: “My preference for the 2024 presidency is someone sensible and centrist.

“I had hoped that would be the case for the Biden administration, but have been disappointed so far.”

When asked whether he supported DeSantis, he said: “Yes.”