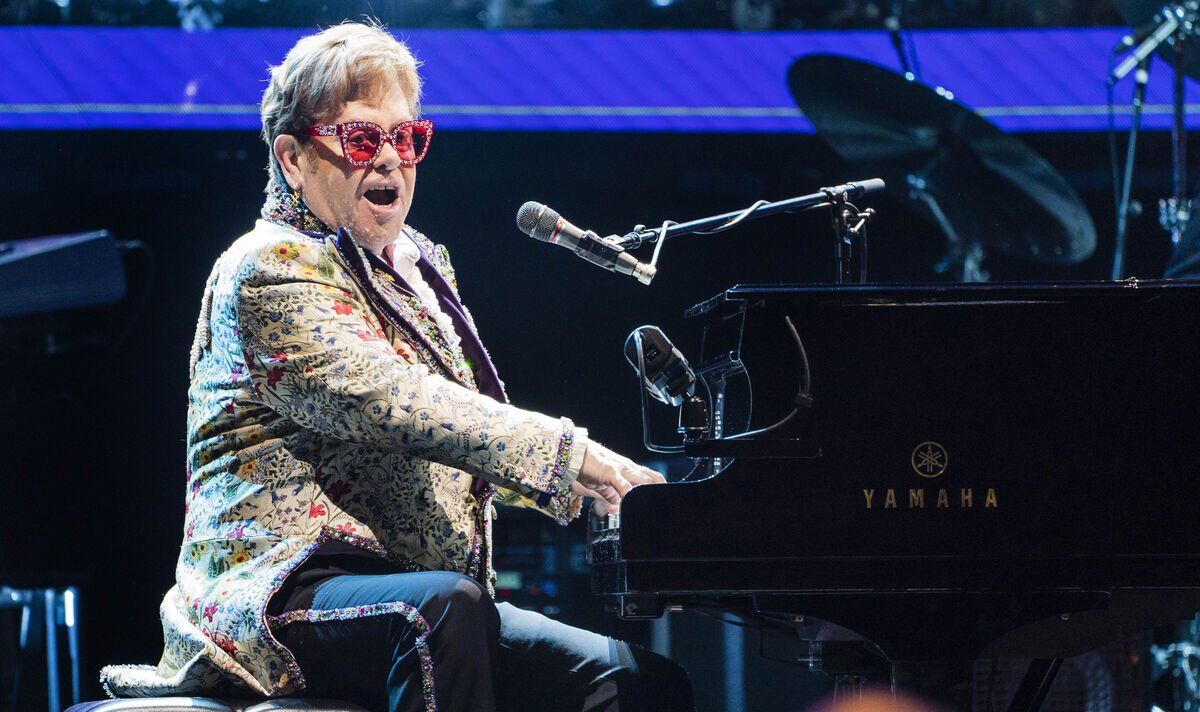 Elton John Hyde Park: His songs will outlast us all

The megastar appears onstage in a white suit with giant diamante-encrusted collars, launches into a performance of Benny And The Jets, and the hits come thick and fast for the next two hours. A great cheer breaks out when some noodling on the piano develops into Tiny Dancer, followed by Rocket Man. The setlist is a thrilling reminder of a stunning back catalogue that spans over five decades.

Elton’s tight-knit band, which includes world-class musicians such as Ray Cooper on percussion, don’t miss a beat throughout the evening and their respect and affection for one another shines through.

It’s clear that the show is as sentimental as it is enjoyable for Elton. As well as paying heartfelt tribute to his band, Elton dedicates Holy Moses to “the everlasting magic of Aretha Franklin” with a performance that showcases his still-strong vocals. Later, a similarly powerful rendition of Don’t Let The Sun Go Down On Me is dedicated to George Michael.

Throughout, the fans sing along as one with so much energy and enthusiasm that at times they drown out the music.

Behind the piano, big-screen footage shares highlights from a dazzling career. We see Elton at Live Aid, an excerpt of his Simpsons appearance, a South Park clip, scenes from his chart-topping videos and the biopic Rocketman.

Momentum sags a little during a handful of less anthemic tracks including Someone Saved My Life Tonight and Levon. But, after a short interlude, Elton is back on stage in a sequinned harlequin-style suit and Sad Songs (Say So Much) gets the crowd swaying, arms aloft, followed by Sorry Seems To Be The Hardest Word.

Then I’m Still Standing, Crocodile Rock and Saturday Night’s Alright For Fighting break out and the crowd match the band’s energy with euphoric, tireless dancing.

Clad in a silk kimono for the encore, Dua Lipa’s Cold Heart – which gave Elton a number one hit 50 years after his first – is followed by the climactic Yellow Brick Road.

Whenever Elton stands, the mobility issues that have lingered since a fall last year are apparent. But there’s nothing wrong with those nimble fingers. And his songs will outlast us all. May he keep following that yellow brick road for just a little bit longer.