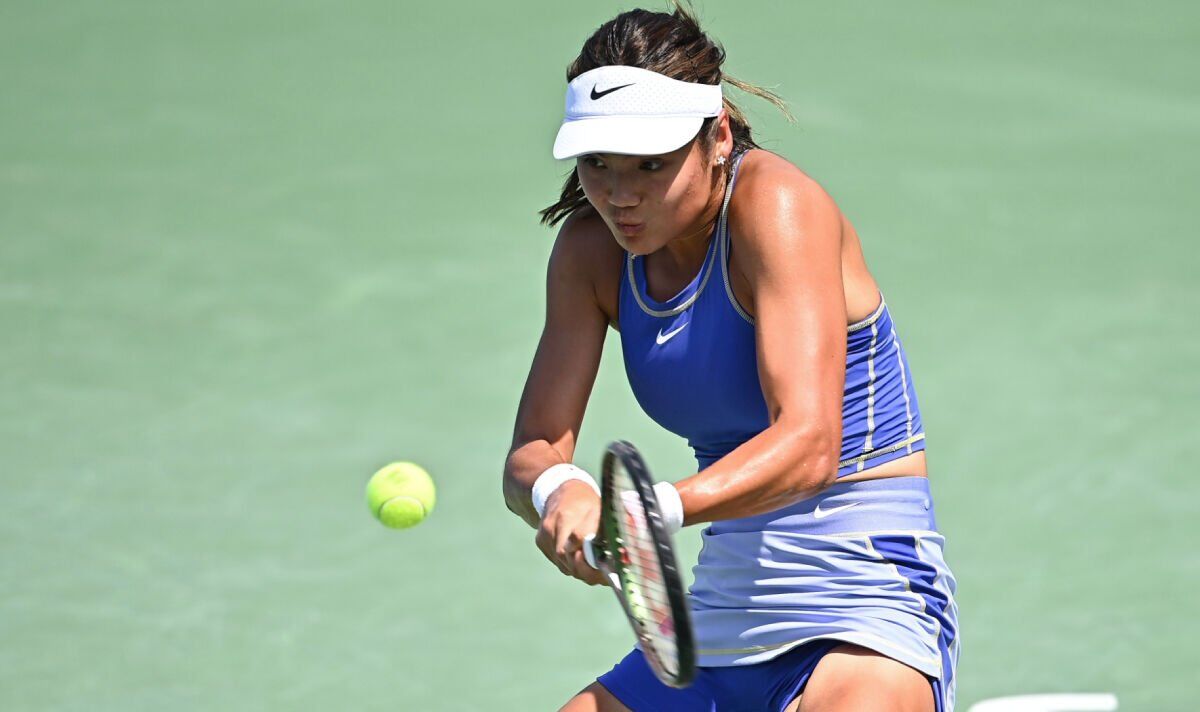 Emma Raducanu had to really battle as she overcame the blazing heat and a relentless Camila Osorio to secure back-to-back wins for just the third time in 2022 at the Citi Open. The British No 1 continued her US Open preparations with a thrilling 7-6 (7-5), 7-6 (7-4) victory but needed nearly three hours – and a medical timeout – on a hot-and-humid Thursday evening in Washington DC as she made it into the quarter-finals.

Raducanu is the highest seed left in the draw after American top seed Jessica Pegula’s defeat on Wednesday. She is looking for only her second ATP Tour title after her Grand Slam triumph at Flushing Meadows last year but will no doubt be left tired after this exhausting win.

The 19-year-old needed nearly three hours to book her spot in the last eight in a match in which both players regularly dropped serve. Raducanu broke straight away but she gave up the momentum mid-way through the 82-minute first set at Rock Creek Park, where conditions hit 36 degrees.

Leading 4-1, Raducanu was then broken twice – the first time despite saving three break points – and Osorio soon led 5-4. The Colombian, 20, battled a constant cough throughout the match but looked to have found her rhythm.

Osorio required a medical timeout for treatment from her physiotherapist mid-way through the second set, however, with a nasty blister on her big toe. And despite that, she saved three break points to defend her serve at 4-3 when she returned to the court.

Four consecutive breaks then followed between Raducanu and Osorio, although the world No 10 defended four break points at one stage before losing out at the fifth time of asking. Raducanu eventually had the chance to serve out a victory but squandered it and then needed medical treatment herself due to ugly blistering on her right hand.

She returned to the court and took the match to a second tiebreak, in which she finally managed to force through a morale-boosting – yet extremely hard-fought – win by converting her first match point to wrap up the match at two hours and 50 minutes.