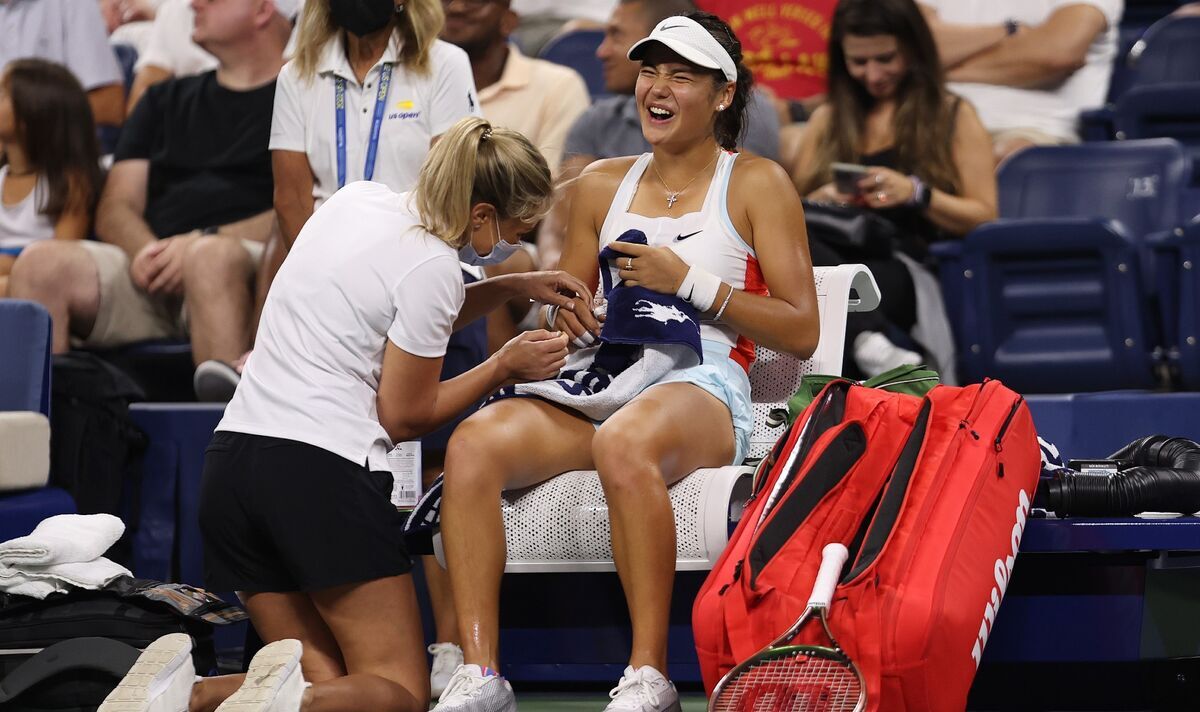 Emma Raducanu was forced to call the physio after losing the first set of her opening match at the US Open. The defending champion dropped the only set of her career in Flushing Meadows to Alize Cornet and received attention for blisters on her hands – the same injury that ended her Australian Open run in January.

Raducanu lost a set at the US Open for the first time in her career as she began her title defence against in-form Cornet. The 11th seed started the match with a break of serve but ended up dropping the opener 6-3 after 51 minutes as both players struggled in the windy conditions on Louis Armstrong Stadium.

After losing the first set to the world No 40, the 19-year-old was forced to call the physio to the court during the changeover in between sets. And Raducanu immediately received attention for blistering on her hand, with her fingers already covered in tape.

The British No 1 had been struck down by severe blistering at the start of the season as she was barely able to grip her racket during her three-set loss to Danka Kovinic in the Australian Open second round back in January, and later revealed that she ignored pleas from her team who advised her not to take to the court.