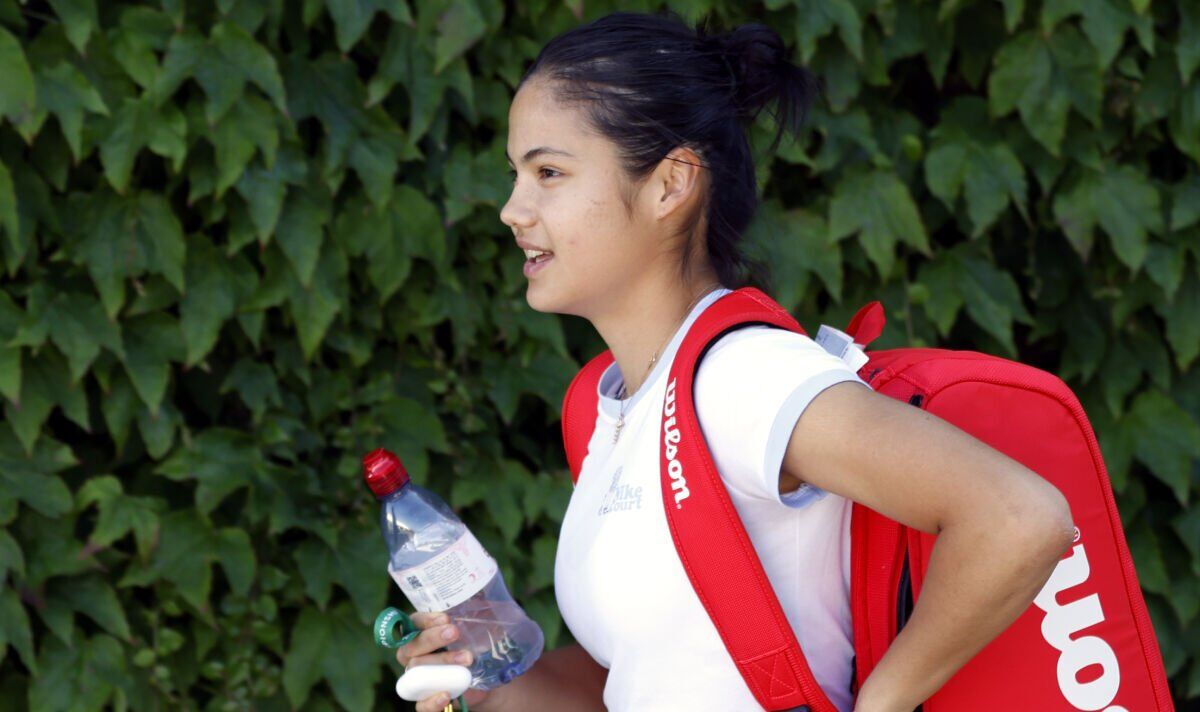 Emma Raducanu was a no-show for a scheduled Wimbledon practice session on Friday afternoon, sparking fears of an injury setback. The Briton has not played since having to retire just seven games into her opening match at the Nottingham Open on June 7 due to a side problem. And she did not attend a hitting session with ninth seed Garbine Muguruza on Court No 1.

Raducanu was due to practice with the Spaniard on the second main showcourt at 2.15pm on Friday but did not appear. Raducanu was spotted heading away from the arena shortly before the session was due to take place and was said to look downbeat per The Times.

But i Sport have allayed fears that world No 11 Raducanu will miss her home Grand Slam, insisting Raducanu practiced for an hour in the afternoon and finished at 2pm before she then cancelled her session with Muguruza. The news comes just a few hours after Raducanu learned she would face Alison van Uytvanck, who has won two titles on grass this summer, in the first round at Wimbledon next week.

The 10th seed will hope she’s at full fitness and sharpness against the Belgian, ranked No 46 in the world, who will be a dangerous opponent to take on. She recently won a grass-court 125 event in Italy.

Raducanu’s team have been taking her injury day by day and entered the draw hopeful that the US Open champion will be fit enough to play by the time of her first match. Raducanu has explained her injury as “an absolute freak” and it forced the teenager to skip events at Birmingham, Eastbourne and the Hurlingham Club in the build-up to Wimbledon, meaning she has yet to complete a single match on grass this season.

Two-time SW19 champion Andy Murray had trained with Dan Evans on the No 1 court just before Raducanu was due to practice, with the latter himself having shaken off an abdominal injury to be fit for his favourite event. Similarly to Murray’s struggles in recent years, Raducanu has been plagued with injury since her maiden Grand Slam triumph in New York in November.

Her agent Max Eisenbud admitted to the BBC’s ‘The Sports Desk’ podcast that the young Brit is having “a tough year” and said: “I think she got a lot of bad luck and what really hurt her was [catching] Covid and not having a great off-season, and then she was playing catch up.”

The world No 9 will be desperately hoping for some respite at Wimbledon where she shot to fame a year ago, reaching the fourth round having been a relative unknown pre-tournament. She was forced to retire during her fourth-round match against Ajla Tomljanovic on Centre Court due to breathing problems.

But she bounced back and became the first tennis player, male or female, to win a Slam as a qualifier at the US Open. The 19-year-old did not drop a single set at Flushing Meadows as she truly announced her talents to the world. It has been a tougher time for her since, but a strong run at Wimbledon would go a long way to restoring some rhythm and confidence for the second half of the season.

ROUTES TO THE FINAL…