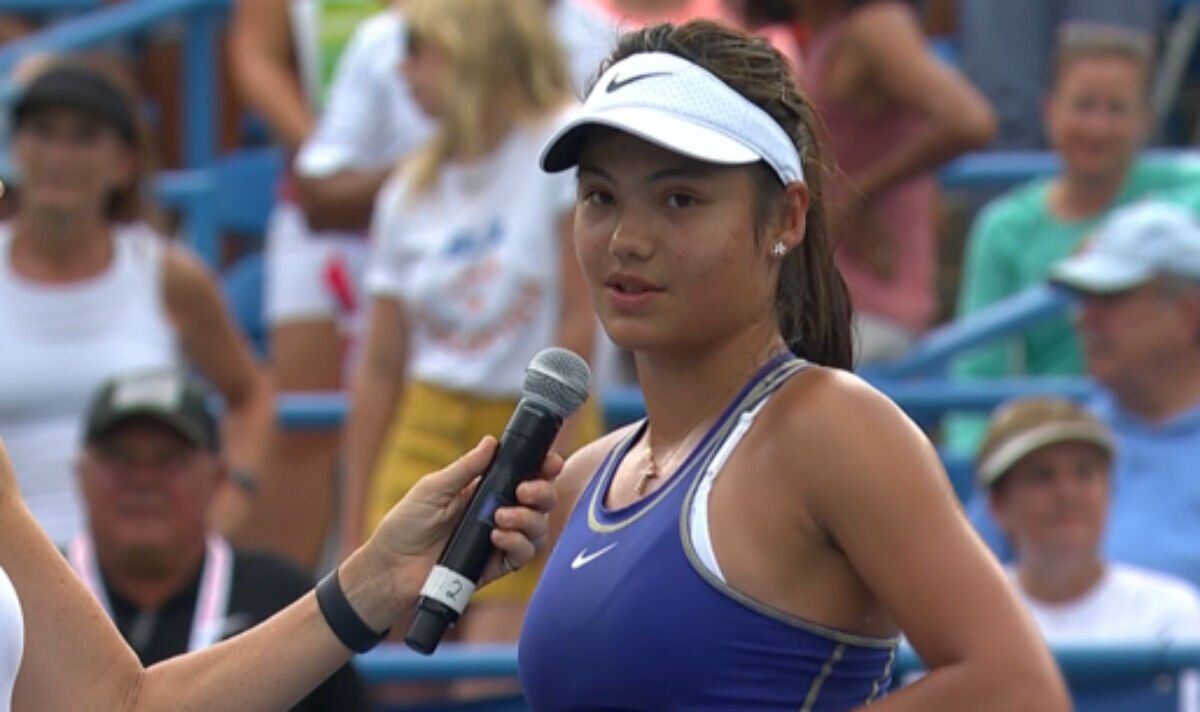 Emma Raducanu admitted she was left so exhausted by the searing conditions at the Citi Open that she “died about three times” before beating Camila Osorio in straight sets. The British teenager overcame a gruelling battle against her Colombian opponent that lasted nearly three hours in the Washington heat where she also required a medical timeout.

The British No 1 continued preparations for her US Open title defence with an exhausting battle against the valiant Camila Osorio with an exhausting 7-6 (7-5), 7-6 (7-4) victory, needing nearly three hours to complete her victory.

On a hot and humid evening in Washington DC, Raducanu admitted she struggled as the conditions got the better of both players, with temperatures peaking at around 36C.

“I think I died about three times in that match and then came back. I don’t know how!” Raducanu said in her post-match interview.

Raducanu was taken all the way by Osorio, with the 20-year-old Colombian — ranked 47th in the world — showing her battling spirit and refusing to allow the Brit a walkover. Twice she recovered from a double break down to win three consecutive games, and Raducanu could not help but admire her efforts.

“Camila is such a battler. Every single point I was working so, so hard and sometimes it wasn’t necessarily the strongest shots but you’ve just got to generate, generate over and over again,” she added.

“She’s such a fighter and even when I was up in the second set, 4-2, 40-love, three break points, she came back fighting. When she comes back, the dynamic of the match changes a little bit so I’m really pleased to have got through that one.

But the 19-year-old also commended herself for not getting distracted after revealing how she became aware of the “emotion” involved. The 2021 US Open winner also bounced back from a medical timeout in the second set, undergoing treatment for blisters on her hands, before winning the second-set tiebreak.

“After a set like that where there’s so much emotion involved and you win the set, it’s very easy to switch off. I was telling myself to stay sharp, keep working for every point. I knew as soon as I let up she’d be right back in and that’s what she did.

Addressing her injury, Raducanu said she had blisters on her hands and feet. “It came out of nowhere to be honest. At the beginning of the match I was alright, then throughout the match my skin was just ripping off. In the beginning, there was like a flap but then the flap got ripped off and it was pretty raw and open. Sorry if it’s TMI (too much information) but you know!”

Raducanu will now face Ludmilla Samsonova in the quarter-finals as she continues her impressive run on hard before she begins her US Open title defence later this month.