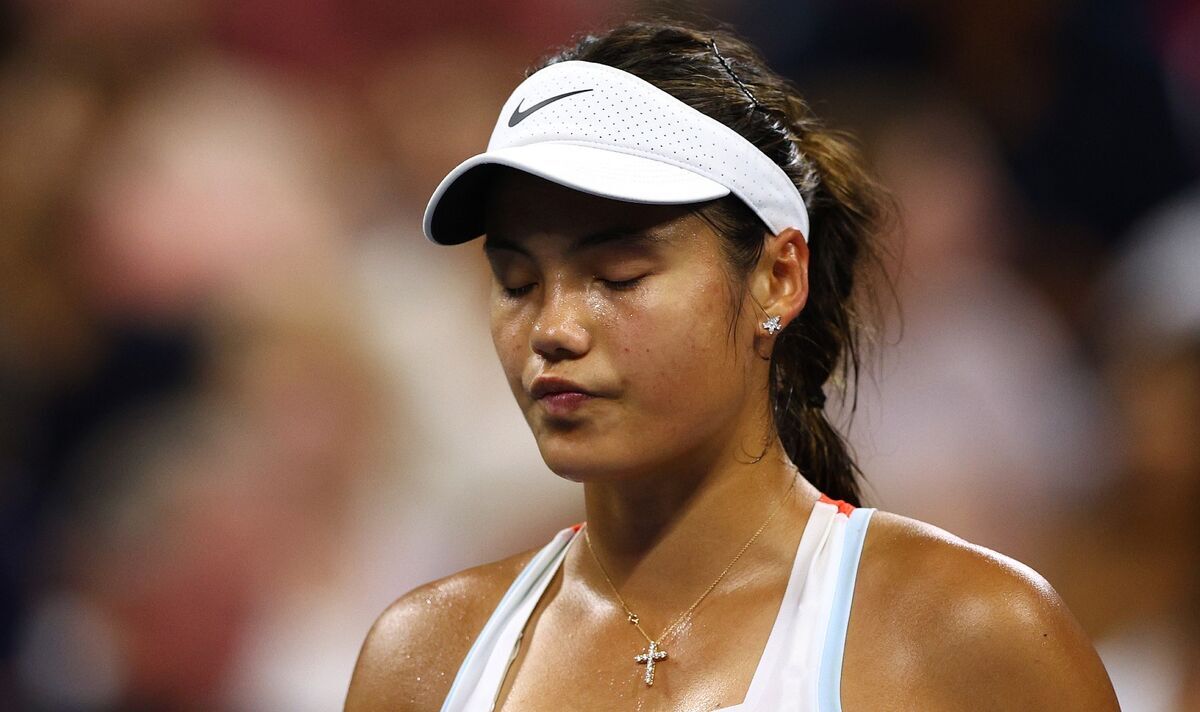 Emma Raducanu has been urged to focus on fine-tuning her game and establishing a clear identity by Mats Wilander after crashing out of the US Open in the very first round. Raducanu was beaten by Alize Cornet in straight sets early on Wednesday morning to put her Flushing Meadows title defence to a premature end in spite of her best efforts.

The young Brit struggled to establish any kind of rhythm against her French opponent and was made to pay with a heavy defeat that will see her drop out of the world’s top 80 after the tournament reaches its conclusion. Wilander has since insisted that Raducanu needs to nail down her playing identity in order to bounce back at future Grand Slams and follow through on the promise shown during her incredible run to US Open glory a year ago.

“Emma Raducanu is good, but she’s not great,” Wilander told Eurosport. “She had a lot of confidence last year, and she is a fighter, and she plays well.

“The only thing I don’t know is, I feel like she hasn’t quite found her identity as a player. Is she a bit of a risk taker? Does she play really aggressively? Or does she use her movement skills, and dial back a little bit and play with a little bit of variation, maybe a little bit more like Simona Halep used to play?

“I haven’t quite seen her path. What is she going to actually end up playing like? Because she’s good at everything [but] doesn’t quite have the killer shot.

“Let’s work and figure out what it is that makes her happy in terms of how she plays, and then this is how she’s going to end up playing. Of course, we’re always going to try and make improvements, but I think that’s the one part where I’m a little confused.”

Raducanu was no match for Cornet over the course of Wednesday’s defeat, with the latter using all of her experience to pick the defending champion apart in less than two hours. A visibly gutted Raducanu trudged into the interview room to take questions after the match, but went on to admit that she feels as though her latest defeat could serve as a blessing in disguise by lifting the weight of pressure from her shoulders.

“I’m going to drop down the rankings, climb my way back up. In a way the target will be off my back slightly.”