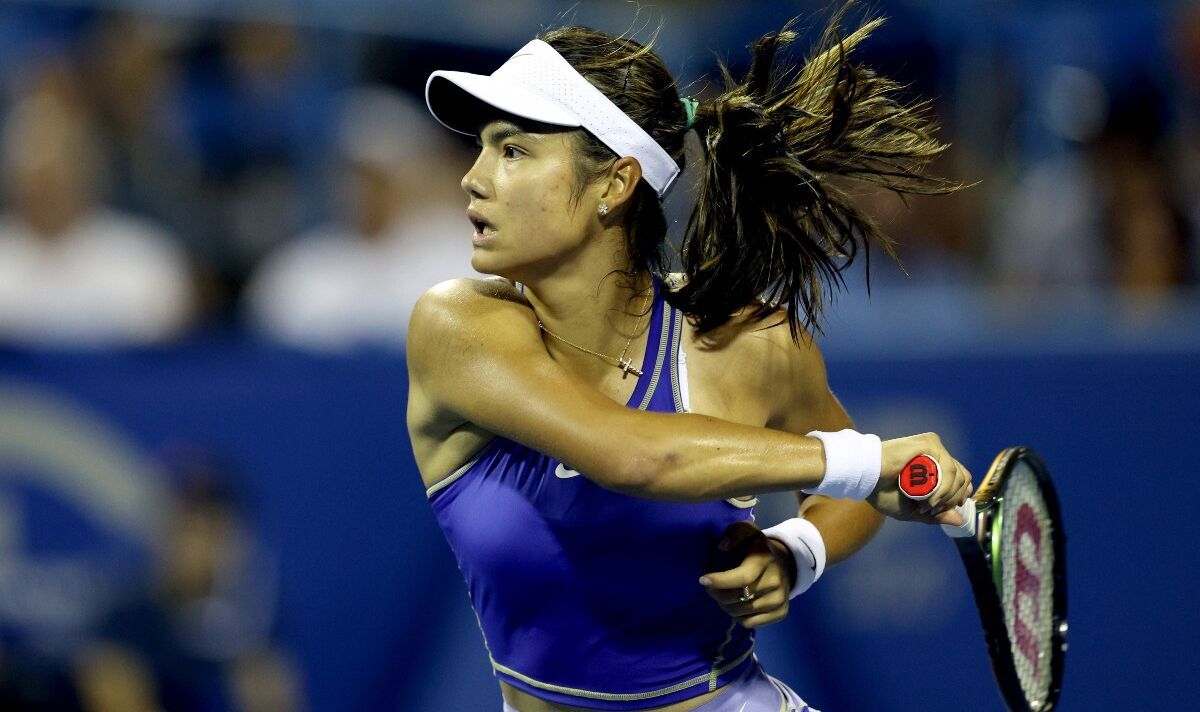 Emma Raducanu‘s Citi Open campaign has come to an end at the hands of Ludmilla Samsonova. The Russian came through a tight first-set tiebreak, edging it 8-6, before cruising through the second to take the win 7-6, 6-1.

The Brit’s latest tournament appearance marked the first time she had progressed to the last eight of any event since the Stuttgart Open in April. She will perhaps see the match as an opportunity missed given she squandered four set points in the opening salvo.

The teen proved to be her own worst enemy as she struggled to compete with Samsanova’s power, mustering just eight winners and a single ace to go along with 24 unforced errors, while her opponent struck 33 winners for the match. The match did not take place until 11pm local due to a three-hour rain delay and an epic three-and-a-half hour encounter between Dan Evans and Yoshihito Nishioka, eventually won by the Japanese star.

Blisters on the hands of the youngster perhaps hampered her performance and she will hope it does not significantly impact her game moving forward. Now being coached by Dmitry Tursanov who is on a trial run, a quarter-final run in the US capital provides a reason to be encouraged as the British number one prepares for the defence of her US Open title.

JUST IN: Nick Kyrgios and Andy Murray in US Open danger with tough draw and Medvedev clash looming

Raducanu left without fielding questions from the media, carrying a 2022 record that now reads 13 defeats and 10 victories. Next she heads north to the Canadian Open, starting on Monday. According to Raducanu, it appears as though the former Russian tennis star is already having a positive impact on the Bromley local.

She revealed her latest coach is helping her embrace a mentality where she is less hard on herself.  When asked about her new coaching partnership, who many consider controversial due to Russia’s invasion of Ukraine, Raducanu said: “He definitely has a good sense of humour, and he’s definitely trying to make me take things easier on myself.

“I put a lot of emphasis on everything I do, and I want to do it the best of my abilities all the time. You know, he’s just slowly trying to shift me towards, If it’s not perfect, it’s okay. Like, If you shank one, it’s okay. Just these sorts of things, and being more accepting of that.”

Raducanu split with previous coach Torben Beltz back in April, ending a partnership that lasted just five months. That left the youngster searching for her fourth coach in less than a year and she is yet to find a permanent solution since her and Beltz parted ways.

She went into Wimbledon supported by Jane O’Donoghue, who played a large part in her youth tennis career. Now she is hoping Tursanov can guide Raducanu to glory again at Flushing Meadows this year.