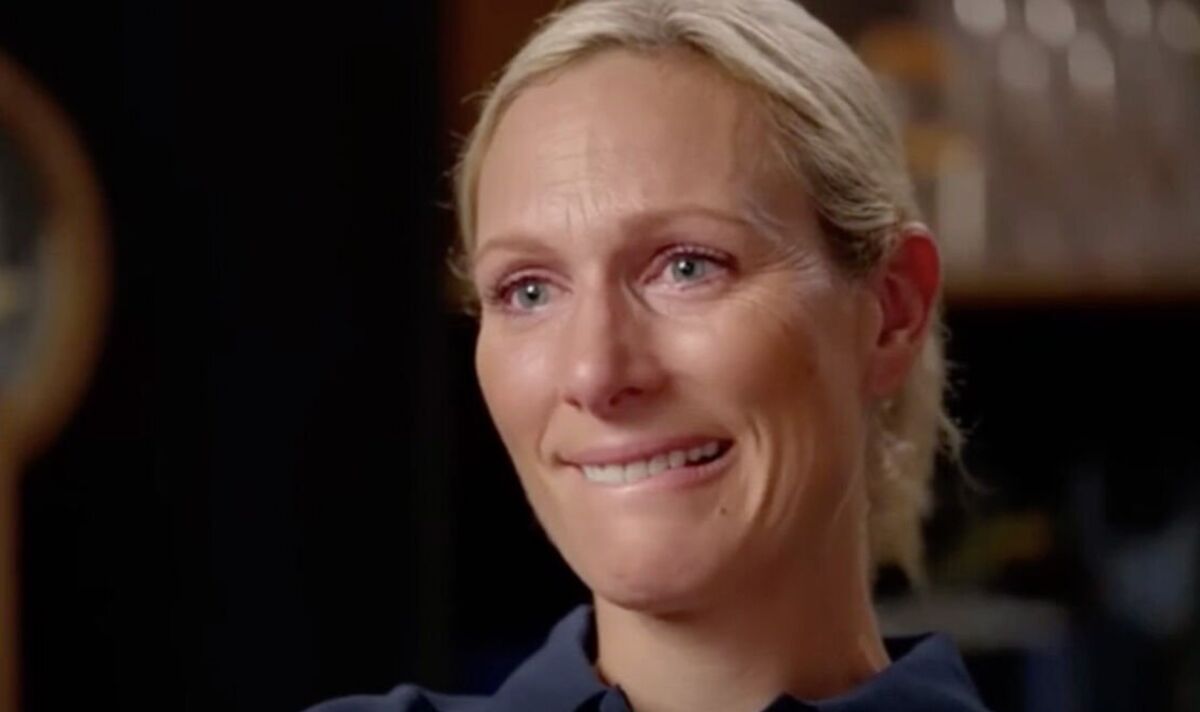 Zara became visibly emotional as she recounted a momentous episode from the 2012 London Olympics. The daughter of Princess Anne was a guest of Mike Drop, the new YouTube series launched by her husband Mike on the channel of the Australian equestrian event Magic Millions.

In the first episode of the programme, Mike discusses his wife’s life, achievements and work as an equestrian.

Among her most important victories, Zara – who is patron of Magic Millions Racing Women – can count a world championship title and a silver medal earned at the Olympics held in London more than a decade ago.

While recalling her experience at the 2012 Olympic Games, Zara spoke about her beloved horse High Kingdom, which she rode to triumph during an eventing team after battling to bring him to form.

She said: “We managed to get him [High Kingdom] to the Olympics, which was incredible. Trev – Trevor Hemmings [the horse’s owner] – has won so many amazing things racing, in his racing career, and Grand Nationals and things like that.

“But to see his face at the Olympics and to get that team medal was amazing. And to be able to give something back to him when he had supported me for so long was incredible. I’m going to get emotional!”

As her eyes filled with tears, Mike proudly told his wife: “I think that sums you up. You always put your owners and your horses first, sometimes to the detriment of yourself.

“You will train a horse before you train yourself and you will make sure the horse is right before you do it to yourself.”

Later in the programme, Zara admitted she would like to enter another Olympic competition to get a chance to win the most prestigious medal.

She said: “I mean, I’d love to win an Olympic gold so that’s probably driving me at the moment. I’d love to go to another Olympics.”

Besides the 2012 Olympics, Zara previously took part also in the 2004 Games in Athens and the 2008 Games held in Beijing.

Chatting with Mike, Zara also recalled growing up watching both her mother Princess Anne and her father Mark Phillips being skilled equestrians.

Asked whether this influenced her life and placed her on the equestrian path, Zara said: “I don’t think so, I just remember always loving the partnership, the kind of freedom you get from it and also the thrill that you get from it.

“I guess when you are a kid you love going fast and jumping and being able to do it on your own, all those kinds of things… I loved looking after the horses, being around them and caring for animals, it was just fun.”

As an equestrian, Princess Anne made Royal Family history as she became the first member of the Firm to compete in the Olympics Games – those held in Montreal in the 1970s.

Zara isn’t the only champion in her family, as Mike – a former rugby player – was part of the England team winning the world cup in 2003.