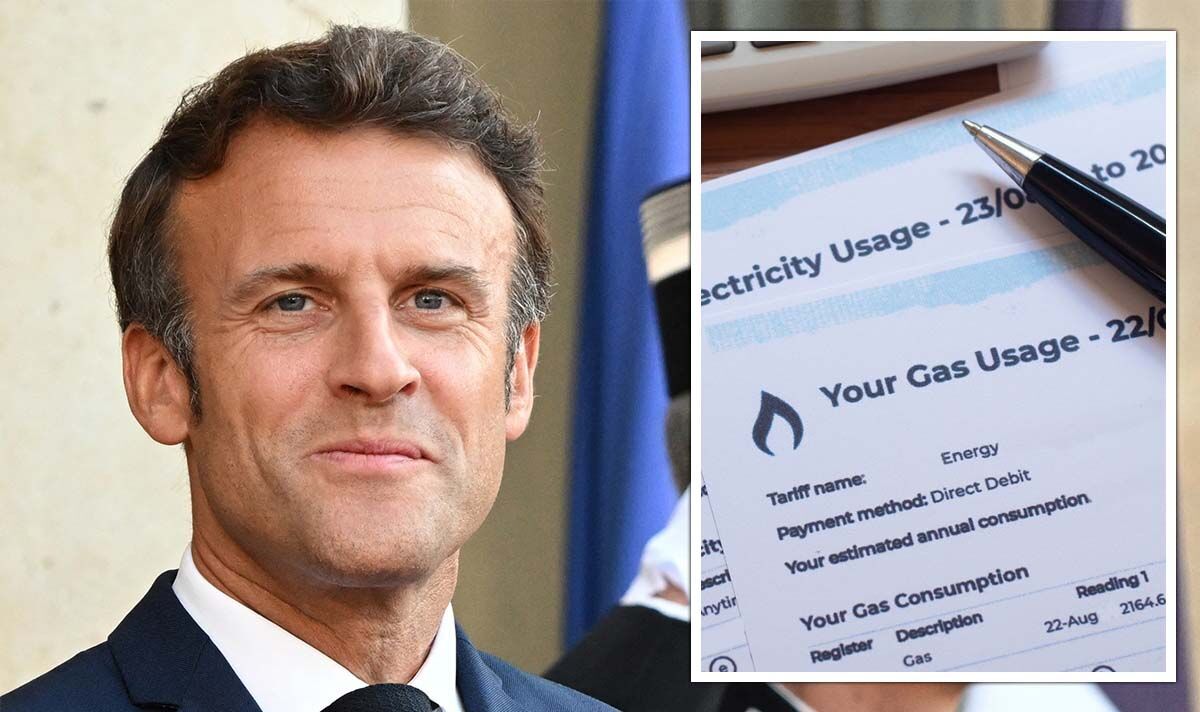 EDF customers in the UK are paying nearly two-and-a-half times as much as for their energy bills as their counterparts in France. This came after French President Emmanual Macron imposed strict caps on price rises, forcing the state-owned energy company to sell its power at prices below the market rates.

Since April this year, energy regulator Ofgem has set the household price cap at £1,971, while French families on regulated tariffs now face bills of around €950 (£803).

Meanwhile, Mr Macron even warned EDF that despite the soaring costs of wholesale gas, the company can only raise bills by four percent this year.

This is part of an ambitious set of measures to help protect households from soaring bills, as customers in France will see an increase of €38 to €988 (£32 to £835).

This comes as the most recent estimates for Cornwall Analytics predict that the household price cap would be raised by more than 80 percent to a record £3,582 in October.

Meanwhile, analyst Auxilione said it expects regulator Ofgem will be forced to raise the price cap for the average household to a horrifying £5,038 from next April.

They also warned that the price cap would likely remain above £4,000 through 2023, adding that there was little that could be done directly to bring the prices down.

Meanwhile, Paris has looked to ease the suffering of its citizens by fully nationalising debt-ridden EDF, buying out the remainder of the shares for £8.4billion.

Despite these issues, the Government has forced the company to sell its power at a much lower cost, which has led EDF to sue the government for £7billion.

Stephen Thomas, emeritus professor of energy policy at the University of Greenwich, told the Telegraph: “The government owns EDF and said they will buy the rest, so I guess they can do what they want, although they will have to pay for it.”

A spokesperson for EDF was not able to confirm the actual price rises in France, adding that it was capped at £32.

She said: “It will change depending on the individual. It depends on each client, the size of the house, the size of the family, and other things. The structures of the prices are different from the UK.”

France has been lowering its energy bills for its citizens at a time when Britain has become a record exporter of electricity to EU countries through interconnector cables to France, Belgium and the Netherlands.