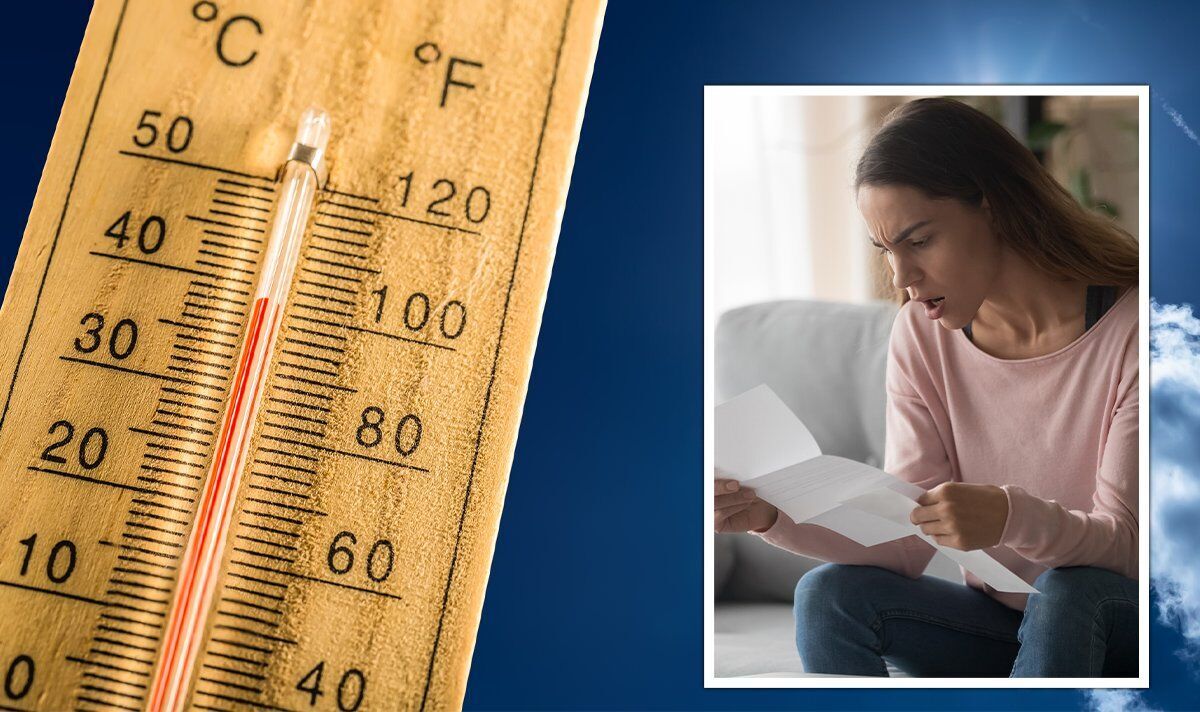 Earlier this week, the Met Office released a four-day amber heat warning to people living in parts of England and Wales. This heatwave will see temperatures reach 35 degrees Celsius and many are likely to turn to fans and air conditioning (AC) for relief. However, new research suggests families will have to fork over an additional £270 this summer due to the heatwave, making managing energy bills even harder.

Data from Loop shows the potential cost of cooling devices, such as fans and AC units could come to £9 a day and £13 a day with a small pool heater.

Those who chose to keep beer and wine cool in an extra fridge may add an extra £25 to their energy bills over the three months of summer.

Overall, the energy saving experts believe households in the UK could lose £270 on average from their budgets to the heatwave.

Dr Steve Buckley, the head of data science at Loop, outlined how the heatwave could potentially hike household energy bills.

He said: “As we see this patch of warm weather, many of us will be looking for ways to stay cool, but it’s important to consider how much some of this equipment could be adding to your bills.

“At first glance, these costs may not seem that high on an hourly basis, but they can really add up if you’ve got a few devices running or you forget to switch them off.

“And many households need to do everything they can to lower their energy bills at the moment.”

This is before energy bills are expected to soar to record highs with the price cap to hit £3,500 in October and over £4,200 in the New Year.

The UK’s energy debt is at an all-time high with households owing £1.3billion to suppliers, according to recent data.

This is three times higher than it was last September and puts lower income families in a further disadvantage during the cost of living crisis.

Six million homes, which is nearly a quarter of households in the UK, owe an average of £206 to their energy supplier, according to USwitch. Just four months ago, the average energy debt for these households was £188.

Currently, eight million Britons have no credit balances with their energy suppliers to help them through the winter months.

As a result, this means that 14 million households have no solid support or protection from fuel poverty in the months ahead.

Experts are warning households of the developing “alarming situation” which could push people into energy debt.

Justina Miltienyte, the head of policy at Uswitch.com, explained: “Energy debt has hit an all-time high with the worst possible timing, turning this winter’s energy price hike into a deeply precarious situation for many households.

“Our data shows that while a similar proportion of people are in debt as in April – people now owe approximately ten percent more than just four months ago to their energy suppliers.

“This is an alarming situation, as summer is traditionally a time when households are using less power for heating, which helps bill payers to build up energy credit ahead of the winter.”

The consumer expert also shared advice to households who are likely to struggle paying for their gas and electricity over the next year.

She added: “If you are behind on your bill payments, or your energy account is going into debt, speak to your provider as soon as possible.

“They should be able to help you find a solution, such as working out a more affordable payment plan. You may also find you are eligible for additional support such as hardship funds and other energy help schemes.”

With the exponential rise in energy bills, campaigns have begun to convince people to stop paying their direct debits to suppliers as a means of protest.

However, households are being reminded such an action will “negatively impact” their credit score in the years to come.

Julian House, the managing director at www.myfavouritevouchercodes.co.uk, warned people against not paying for their energy bills in light of the expensive months ahead.

The personal finance expert said: “A word of caution, I strongly advise against the urge to stop paying your energy bills out of protest; this will only negatively impact you and your credit score in the long run – but there are certainly other avenues you can take to fight back against the big energy companies.

“You can cancel your direct debit, if you have one, and only pay what you use every month, this way you avoid being overcharged for energy you are simply not using – a commonality in the energy business.”