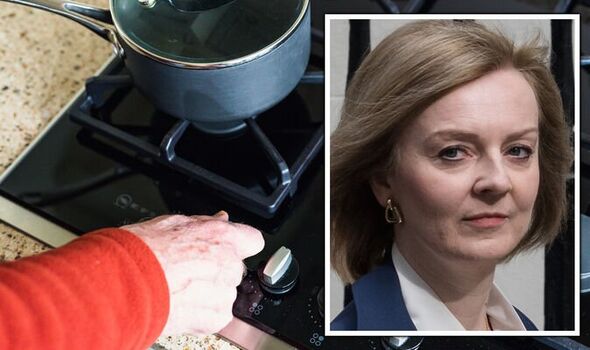 Energy warning as bills set to SOAR to £5,000 but Liz Truss promises ‘I’ve got a plan’

Electricity bosses were summoned to Downing Street for crisis talks as industry experts issued the dire warning that costs will continue to soar into next spring. Analyst Auxilione said it expects regulator Ofgem will be forced to raise the price cap for the average household to £5,038 from next April.

Boris Johnson called on energy bosses to help ease the pressure on hard-pressed families during talks in Downing Street but the meeting produced no resolutions.

The Prime Minister acknowledged any “significant fiscal decisions” will have to be decided on by his successor.

But Mr Johnson urged the companies to act “in the national interest” in the wake of Russia’s invasion of Ukraine which has caused the price of oil and gas to soar.

“Countries around the world are feeling the impact of Putin’s damaging war in Ukraine,” he said in a statement.

“We know that this will be a difficult winter for people across the UK, which is why we are doing everything we can to support them and must continue to do so.

“Following our meeting today, we will keep urging the electricity sector to continue working on ways we can ease the cost of living pressures and to invest further and faster in British energy security.”

Tory leadership candidate Liz Truss assured the British public “I’ve got a plan” to deal with the escalating crisis.

Ms Truss promised to do all she can to help struggling households if she wins the Conservative leadership race.

She told the Daily Express: “I understand that people are concerned about the rising energy costs. As Prime Minister, I will do all I can to help households with energy costs over the winter.

Analyst Auxilione said it expects Ofgem to raise the price cap to £5,038 from next April (Image: Getty)

“I’d introduce a one-year moratorium on the green energy levy to bring down bills immediately.

“I have a plan to make sure we increase supply and strengthen energy security and resilience.

“This means looking at resources in the North Sea, doing more with nuclear and exploring opportunities to frack where supported by the community.”

Ministers have vowed to ‘bang heads together to find a solution to the crisis, but yesterday’s gathering ended with vague promises that companies would continue ‘working together’ with the government to help struggling households.

Chancellor Nadhim Zahawi, who chaired the talks, warned the firms that the government is closely monitoring the “extraordinary profits” seen in certain parts of the sector and is looking at the “appropriate and proportionate” steps to take.

Treasury insiders have suggested toughening up the windfall tax, which is generating £5 billion, is an option.

Ms Truss has made it clear she would not take up the proposal but opponent Rishi Sunak has left the door open to going further on the tax he imposed on the firms earlier this year.

Mr Zahawi said: “I hosted industry leaders from the electricity sector to discuss what more they can do to work with Government and act in the interest of the country in the face of rising prices caused by Putin’s illegal invasion of Ukraine.

“We have already acted to protect households with £400 off energy bills and direct payments of £1,200 for 8 million of the most vulnerable British families. In the spirit of national unity, they agreed to work with us to do more to help the people who most need it.”

The Treasury said the discussions had focused on how the Government and industry can collectively drive forward reforms to ensure the market works better for consumers.

Officials said ministers had made clear that the sector was not always functioning in the interests of consumers and the “extraordinarily high bills” will ultimately damage the companies themselves.

At the same time, they emphasised the need for continued investment in domestic energy sources – including North Sea oil and gas, renewables, biomass and nuclear – to strengthen UK energy security.

EDF, E.ON, Octopus Energy and ScottishPower were among the energy giants to attend as well as industry bodies such as Energy UK.

E.on UK, which is owned by a German parent company, made pre-tax profits of £245 million in the first six months of the year.

Martin Lewis has warned hundreds of thousands of pensioners have only days left to act if they want to qualify for the £650 cost of living payment, considered vital as the UK is plunged into a challenging winter.

How can pensioners claim the cash? Find out HERE.

Energy UK said the latest cost forecasts were “extremely worrying” and that it was committed to working with the Government to support consumers.

“While energy suppliers continue to do all they can to support customers, they know that more people than ever will struggle to afford their bills and so the demand for extra help will far outstrip the support that is in place,” a spokeswoman said.

Commons Leader Mark Spencer, who is supporting Mr Sunak in the Tory leadership race, said there were “huge challenges coming for people” on their energy bills.

“We need those energy companies working with us to try and solve some of those challenges if at all possible,” he said.

But he dismissed calls for energy bosses to face pay cuts, insisting there are “bigger fish to fry”.

He said: “That seems like a very large figure to me and certainly on my salary and to my constituents that feels like a large figure.

“In the context of things, actually, when there are 65 million people in the country, it’s 30p, 20p, a person, so I think actually there are bigger fish to fry here, which we can try and solve the challenges than to have a pop at the chief exec’s salary.

“I think whilst it sometimes makes great politics, it actually doesn’t affect people’s bills, which we need to be focused on, in the autumn.”

”Why is more not being done by the government?”

The cost of school uniforms is an extra concern for Carly, 36, because her son Ezra, four, is set to start school in the autumn.

Carly, who works full time but needs universal credit to help pay the bills, described feeling anxious about the uncertainty ahead.

The worried mother, from south-east London, said: “The rising cost of living feels unfair and unjust but then if you couple that with the fact that companies are making billions of pounds, that’s another level of unjust.”

Carly called for more support from the Government following warnings that bills could reach £5,000 a year.

She said: “How is this allowed? Why is more not being done by the government? How is this being allowed is a question we’re all thinking about. I find it frustrating.”

Carly blasted one-off payments “which don’t work” for people without a lot of money.

The government announced all households in England, Scotland and Wales will receive £400 to help with rising fuel bills this autumn. The money forms part of the Energy Bill Support Scheme. She said: “It’s a lot to expect people who don’t have a lot of money to put that £400 aside for the winter months. It’s unrealistic.

“That money goes in and it goes into a pot with everything else, and then it gets spent.”

What help will the Government provide

Millions of the most vulnerable households will get £1,200 of one-off support in total this year to help with the cost of living and their energy bills, the Government has said, writes Steph Spyro.

Energy bill discount All domestic electricity customers will receive at least £400 off energy bills. This automatic, non-repayable discount will be applied in six installments between October 2022 and March 2023 to help households through winter.

Winter Fuel Payments In the winter months, pensioners can get between £100 and £300 to help pay heating bills through winter fuel payments.

This winter, older people will also receive an extra one-off £300 Pensioner Cost of Living Payment, which will be paid as an automatic top-up to the Winter Fuel Payment.

Cold Winter Payments Cold winter payments means £25 extra a week is available if you’re getting certain benefits. It is available during the winter when the temperature is zero or below for more than seven days.

Warm House Discount The warm house discount means nearly three million low-income households this winter will be eligible for a £150 rebate on their winter electricity bills.

Choosing between heating or eating. These words come out of our mouths so easily now, but the reality is millions of families this winter won’t be making that choice, they will be going without both. This is why Government must act urgently to double the support to those that are struggling most with the cost of living.

We also saw people using credit to pay bills in some cases. All deeply worrying when it’s only going to get worse heading into the autumn and winter.

The average energy bill is now expected to exceed £4200 annually from January, but it’s not just energy – the price of food is also climbing, with basics like eggs, butter and pasta rising sharply in price.

For families who are already experts in budgeting on low incomes after a decade of cuts and freezes to social security, cutting back to only buying the essentials was an option they exhausted a long time ago.

So far the Government’s emergency support package amounts to £1,200 for most low-income families. It must be increased.

The leadership debate has focused too much on things that will barely scratch the surface of this problem – suspending VAT or green levies only saves people around £150 per year.

Cutting national insurance will do nothing for those who aren’t able to work or earn enough to pay it, and little for the low-paid who only just pass the threshold. Help needs to come fast, be targeted and be big enough.

That can only mean using social security to target payments at the worst off.

Failure to give people reassurance about help being on the way means more anxiety, fear and sleepless nights.

Failure to actually deliver doesn’t even bear thinking about.