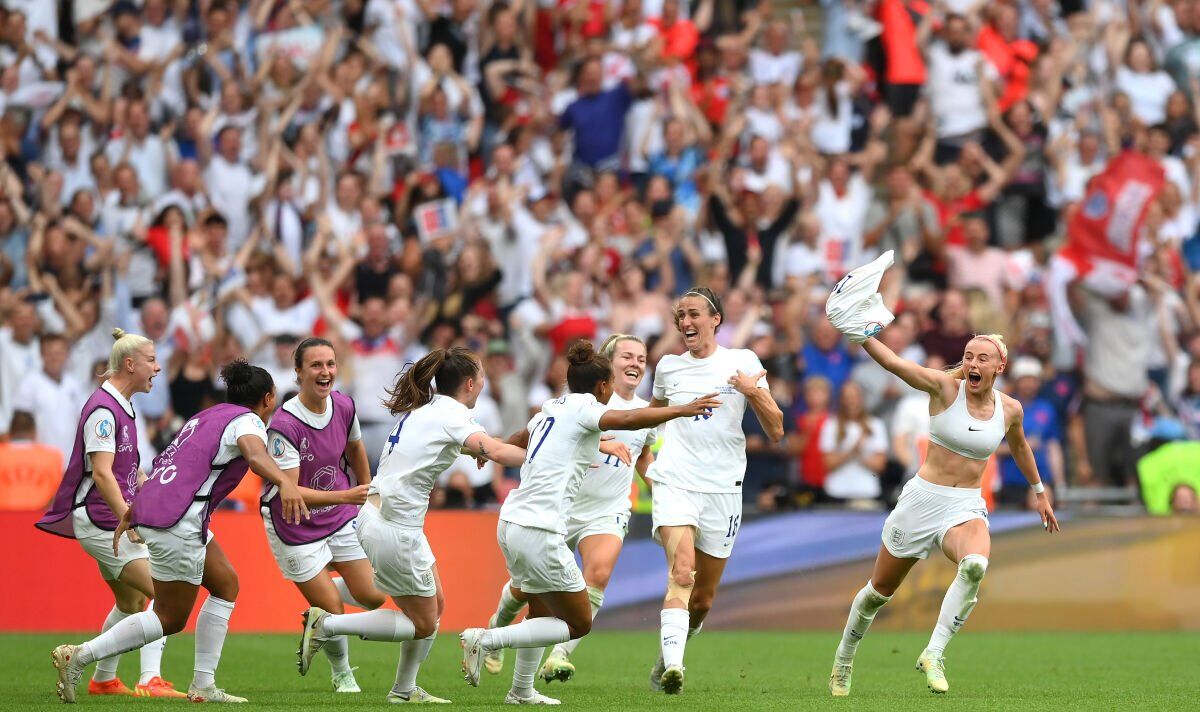 There are goal celebrations and there are Euros-winning goal celebrations. Chloe Kelly nailed hers all right at Wembley. The shirt came off and the weight of history with it as the 56 years since an England team last won a major trophy dissolved away and a new generation of football immortals were crowned.

As Kelly wheeled off towards the England bench, firing the starting gun on a Keystone Cops chase from her teammates, Keira Walsh went down with cramp. The Lionesses were running on empty but running anyway. Like their lives depended on it.

Wembley had never seen anything like it. Then again Wembley had never seen anything like Sunday. The attendance of 87,192 was the largest for any Euros match – men’s or women’s – in history. There was a realisation, at least amongst those who had travelled along the long road to recognition for women’s football, that to be at Wembley for this final was to be part of a very special occasion.

To mark the event, an all-female crew of a Hercules transport aircraft led an RAF flypast, flanked by two Typhoon fighter jets, just before kick-off. A year beforehand the worst of English football had been on show at the men’s Euros final when Wembley was stormed by drunken, drugged-up hooligans.

So did many of the tackles. It was that sort of game – a spicy, tetchy contest befitting of a clash between two great rivals with so much on the line. It was high on contact, low on elegance.

Even Kelly’s winner was a scruffy mongrel of a goal but who cares.

If you wanted beauty you had Ella Toone’s goal anyway, sculpted by a pass from Walsh which deserved to be hung in an art gallery. The thunderous cry of ‘Toooooooone’ has the stadium shaking.

The Germans, inevitably, refused to go quietly and after Lina Magull’s deserved equaliser took the game into extra time a knot of collection tension tightened around Wembley as it wore on. But it only made Kelly’s moment of glorious release even sweeter.