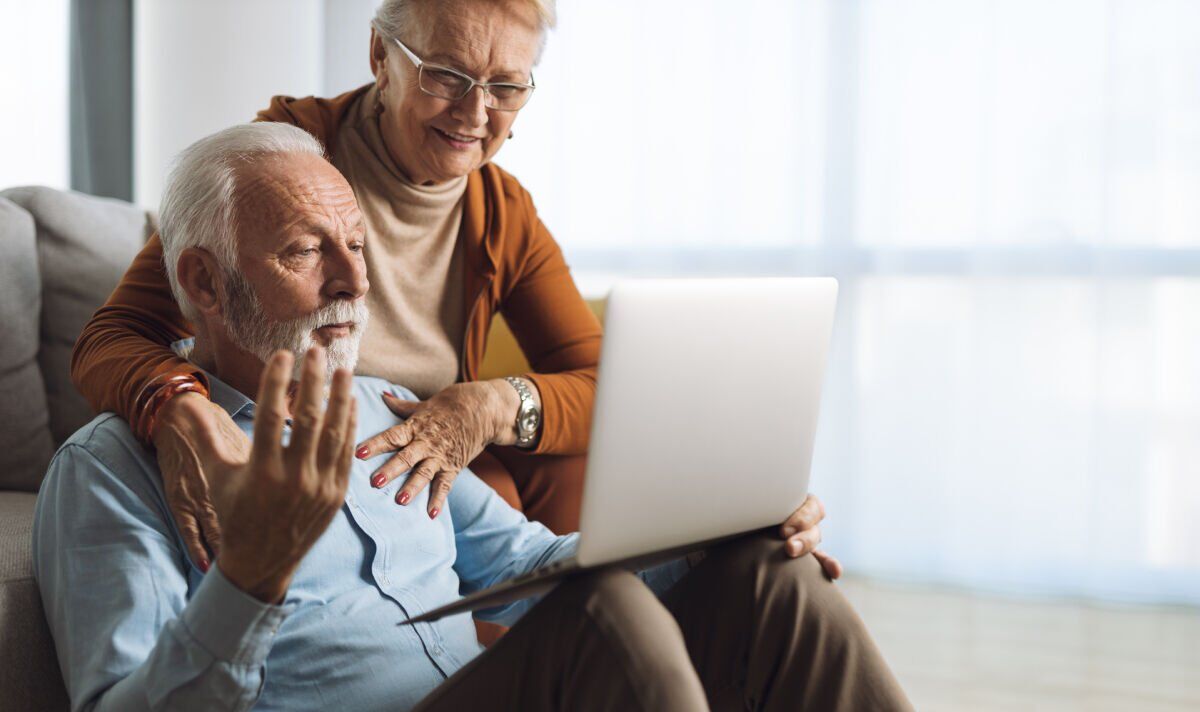 The cliff-edge moment just as they were about to exchange contracts left John Maxwell, 80, and his wife, 73, with a wrenching choice.

They could abandon their plans, lose the £85,000 deposit they had committed on their next home, and in the process let down two other families in the property chain causing them big losses too.

On the other hand they could dig deep for the dosh and go ahead with the purchase and loan contract.

++ If you’ve been affected by this issue or feel you’ve been a victim of injustice, please contact consumer champion Maisha Frost on maisha.frost@express.co.uk ++;

With two hours to go the Maxwells sealed the sale deal and paid the £100,000. But desperate for answers and reeling the loss of their nest egg, they asked Crusader for help.

“It was so last-minute, a terrible blow and just a call, and we still don’t know why the sums changed,” they claimed.

But now there has been a dramatic and positive turnaround in their fortunes, we’re delighted to report.

However the matter has also shown that while equity release is fantastically life-enhancing for many older couples allowing them to benefit from the value of their asset, the sums involved in the contract process can be a moveable feast.

Already with a portable lifetime mortgage from Aviva in John’s name, the Maxwells wanted to move and met all the criteria needed. A partial £54,664 repayment was required and duly paid because John’s wife had been added to the policy.

The Loan-to-Valuation (LTV) applied to a loan is lower if a customer is younger as it is assumed it will be in place for longer.

Also, as is standard, John was told the repayment figure would need to be recalculated at the time the property purchase was completed. When everything was in place that was set for October 7 last year.

But following our request for Aviva to review what went on, it has found a delay occurred in its processing, making it after October 2022, when the LTV ratio changed. That timing significantly increased the repayment sum required.

Aviva has now recalculated the figure with the same interest rate it was then according to the original October 7 date, making it £61,898.

Recognising the distress caused the lender has also paid John £1,500 and offered the services of a financial adviser when the balance is returned as reinvestment of the savings will need to be done again from scratch.

“We will also refund any interest due to him as a result of the error and any other costs incurred,” Aviva added.

Expert’s advice on essential must-knows before you borrow

Here expert Simon Chalk, managing director of equity release specialist Laterlivingnow explains what to consider when planning to go for equity release and first warns of two issues borrowers must factor into their plans.

He explains: “Some two thirds of lifetime mortgages are established with a cash reserve or drawdown so homeowners can time their spending needs. But because of requirements lenders are unable to guarantee being able to keep to one side this promised cash reserve indefinitely.

“Borrowers can port their loan to another property but lenders have wriggle room including refusal if criteria at the time is not met and they have the right to request a partial repayment to keep borrowing within its lending appetite.

Concerning the overall key points for borrowers, Chalk also outlines how borrowing work and what to consider, saying: “The amount of money that a Lifetime Mortgage lender is willing to offer, is calculated as a percentage of the property valuation, based upon the age of the borrower, referred to as LTV (Loan-To-Valuation). For joint owners, it is always worked out on the younger borrower’s age.

“Unlike ordinary mortgages, being older actually improves your prospects of securing a larger loan, so you could argue that positive age discrimination applies to this most popular form of equity release.

“A borrower who is at the minimum age of 55 for qualifying, may raise up to 23 per cent for example, whereas a 75-year-old can obtain almost twice as much at 44 per cent of valuation.

“A few lenders will also consider positively increasing the loan size, by taking into account a borrower’s medical history and certain lifestyle factors, such as a smoking habit.

“Lending appetite is a balance of risk and reward for lenders, so they constantly increase or decrease LTVs depending on the cost of funding lifetime mortgages, and their view on future property prices.

“However, there may be potential pitfalls ahead that can easily trap the unwary, so it’s worthwhile understanding what could arise, and how you might prepare against things going wrong.

“Almost two-thirds of Lifetime Mortgages are established with a cash reserve facility, often referred to as ‘drawdown’. The idea behind these, is that homeowners can choose how much to take from the facility, and when, timing cash withdrawals to meet their spending needs as and when they arise. That way a borrower is only charged interest on money actually taken, not on what is left in the pot as such.

“However, it’s important to know that due to stringent operating requirements lenders must follow, they are unable to guarantee being able to keep to one side this promised cash reserve indefinitely.

“Another potential cause of upset later on, is what can happen when a borrower later wishes to move home, often downsizing to a property of lower value, but looking to transfer or ‘port’ their lifetime mortgage to the new property. Porting a loan may make sound financial sense for some, as it frees-up more of the sale proceeds for them to live off in later life.

“The Equity Release Council – the trade body for lifetime mortgage lenders, lays down the rules for them to follow, stating that all mortgages must have a right for the borrower to port to another property. However, lenders are allowed some wriggle room, in two main ways:

1.    The lender can reject an application to port a loan, if the new property does not meet its lending criteria at the time. That’s fair enough you might agree, as why should a lender be expected to take on a property that might later be difficult to sell, preventing the loan being repaid.

2.    Lenders retain the right to request a partial repayment on porting the loan, in order to keep borrowing within its lending appetite at that time. Now this point is certainly not without controversy, as a lender could view a customer moving home, as an opportunity to reduce its exposure simply because it has taken a negative view of house prices.

“Take for example a 70-year-old homeowner who borrowed say 40 per cent of a £800,000 property, so £320,000. If 5 years later they sold up and downsized to a property of half that value at £400,000, you might reasonably expect the lender would port £160,000 (40 per cent of £400,000) to the new property, demanding a partial repayment of half the loan (£160,000) as this would keep the lender’s exposure completely unchanged. After all, interest rates for lifetime mortgages are always fixed for life, so the lending risk is identical, regardless of property value; it’s all about percentages!

“Furthermore, when you consider that we said earlier how being older benefitted from larger loan amounts, you might think that moving home would provide an opportunity to increase a loan from 40% to maybe 45% for example.

“Unfortunately, it’s not that simple, as a lender has a right to cut back on the loan limit, so rather than sticking to the previously agreed 40 per cent loan limit, could drop the percentage to a much lower level, without any need to justify it to the borrower. Although the Equity Release Council’s rules prevents a lender from rubbing salt into the wound by charging a penalty on demanded partial repayments, it’s of little comfort to the borrower who finds themselves unable to move to their desired new home.