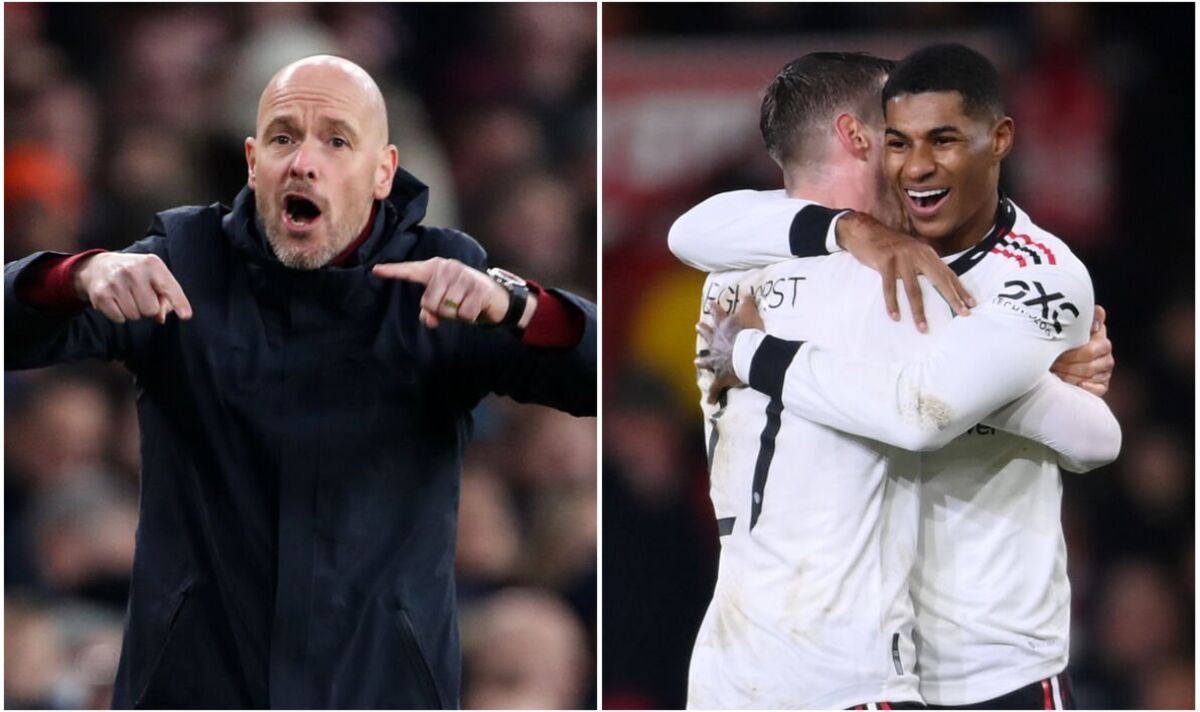 Manchester United put one foot in the Carabao Cup final by thrashing Nottingham Forest 3-0 on Wednesday evening. The Tricky Trees aren’t dead and buried, with a return leg at Old Trafford pencilled in for next week, but Erik ten Hag will breathe a sigh of relief after a convincing display from his in-form Red Devils. Following a one-sided encounter, Express Sport takes you through four things we learned…

United fans are long overdue a trophy, having failed to get their hands on a major title of any description since 2017. Leading up to their clash with Forest, Ten Hag claimed that he would ‘do everything’ to end the drought, adding: “Now it is a period Manchester United didn’t win trophies and it is too long ago.”

The Dutchman came good on his commitment by fielding a strong side at the City Ground including key figures such as Casemiro, Lisandro Martinez and Marcus Rashford. United’s stars comfortably had enough to put distance between themselves and Steve Cooper’s side on Wednesday evening, putting them in a good position ahead of the return fixture.

READ MORE: Transfer window: What really goes on behind scenes as agent opens up

United fielded plenty of attacking talent to try and terrorise Forest on enemy territory. Antony had the occasional moment but Rashford, Bruno Fernandes and Wout Weghorst came up with the telling contributions when the chances fell their way.

Weghorst’s general unselfish play since signing on loan from Burnley has warranted a goal and he got off the mark on Wednesday, lashing in the rebound after Antony’s volley was palmed away. Ten Hag has emphasised the importance of fitness and the rangy striker has that in abundance, with his unusual skill set making him a tough task for any defender.

A more predictable member of the trio was Rashford as he notched his 18th goal of the season in all competitions. The England international is in red-hot form and the run from inside his own half, cut inside and left-footed finish was indicative of a player who simply can’t be stopped at the moment.

Fernandes was off colour for much of the night but he’s still a dangerous opponent when things fall into place, and he delivered a dagger into Forest hearts by striking sweetly into the bottom corner with the game winding down.

United fans felt like they were back in safe hands on Wednesday when Casemiro returned to action, following his suspension for the weekend’s defeat to Arsenal. It was far from a vintage display from the Brazilian, who showed two sides to his game but didn’t have things all his own way against Forest.

Casemiro did have a part to play in both goals – first passing to Rashford who did the bulk of the work himself, before surging forward and feeding Antony which eventually led to Weghorst doubling the advantage. The former Real Madrid man’s general play still left plenty to be desired, with Morgan Gibbs-White’s energy pressuring him into a number of sloppy passes.

Youngster Alejandro Garnacho has often been the first name brought on from the bench in recent weeks, and he came on to replace Rashford before the hour mark on Wednesday. It was Facundo Pellistri who made the better impression, however, looking sharp in just his second appearance for the Red Devils.

The lively Uruguay international has had to be patient for chances to come his way but he looked tidy on the ball in the Carabao Cup, and nearly notched an assist with a whipped-in cross that found Weghorst, only for the Dutchman to head off target.