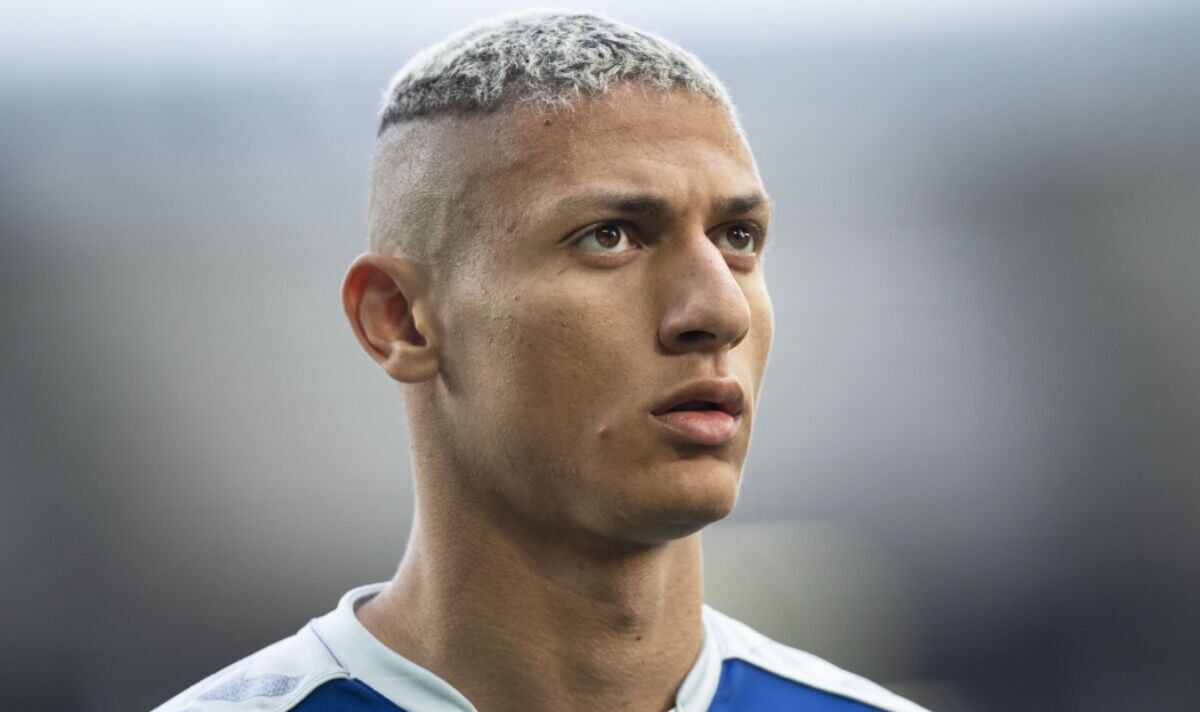 Everton striker Richarlison has been linked with a whole host of clubs this summer as the Brazilian nears an exit from Goodison Park. The forward played a crucial part in Frank Lampard’s side avoiding relegation last season, but has cast doubt over his future on Merseyside and there have been claims that several Premier League rivals could move for the 25-year-old.

A price tag of £50million could mean that Everton’s summer transfer budget is significantly increased, as Lampard will hope to bolster his squad and avoid another relegation battle next season. Chelsea, Arsenal and Tottenham have been linked with the Brazil international, who hinted at his desire to leave Goodison Park while on duty with his country.

“I’ve already made it clear to the board. I’ve already talked to Lampard too, with my agents and they know what I want. Let’s wait for June,” Richarlison said. “Now I can’t talk, because when we talk about leaving a club I’m kind of like this, because of the history I have at Everton, the affection that the fans have for me. When we talk about leaving I’m a little speechless.”

Everton appear to have already sealed the free transfer of James Tarkowski as his Burnley contract expires at the end of the season, and Express Sport has looked at another four players that could be bought with money brought in from a potential Richarlison sale.

Following Watford’s relegation to the Championship, Nigerian striker Emmanuel Dennis will be hot on the radar of several Premier League clubs including Everton after the 24-year-old scored ten goals and recorded six assists in the league last season. The Daily Mail have claimed that Dennis is on Lampard’s list of targets this summer if Richarlison leaves, and is valued by Watford at £20million. Able to play up front and out wide, Dennis would operate in the same roles that Richarlison occupied and would be a like-for-like replacement for the Brazilian.

As the Ukrainian questions his future at Manchester City due to a lack of game time, Everton could offer the 25-year-old a place in midfield where he has shone with his country. The Athletic have credited Everton with an interest in Zinchenko alongside Arsenal and West Ham, and if the Ukraine star believes that he does want to leave Manchester in search of regular playing time, he could be reunited with international colleague Vitaliy Mykolenko.